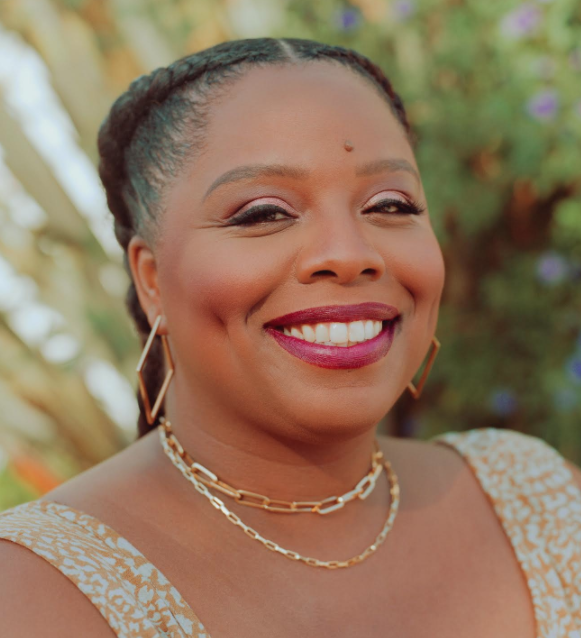 Activists are too often romanticized as infallible beings who are naturally courageous as they take on grandiose missions. However, just like others — maybe even more than others — they are vulnerable and need to practice mindfulness, introspection, healing, forgiveness, and joy. They are human. They aim to build a better world while simultaneously becoming better people.

Advocating for a new world is draining work, yet can also be liberatory if the right tools are used. Fortunately, activist and co-founder of Black Lives Matter Patrisse Cullors has crafted the framework for activists to create an abolitionist future in her book An Abolitionist’s Handbook: 12 Steps to Changing Yourself and the World.

Cullors is known for co-founding the #BlackLiveMatter movement in 2013 along with activists Alicia Garza and Opal Tometi, as well as for working to abolish prisons, promote LGBTQIA rights, and perform movement work through the lens of critical race theory.

She’s the author of When They Call You a Terrorist: A Black Lives Matter Memoir, which chronicles her experiences within the now global movement as well as the continual struggles the Black community and other marginalized groups endure daily. While Cullors continues to offer so much for the world, particularly her Los Angeles community, she publicly declared on Instagram that 2022 is her year of healing.

Modeling her own mission, the handbook invites people to have “courageous conversations” while being sure to take care of themselves in order to fight for themselves and others. It challenges people to do more than read, but also dream, imagine, learn, and participate. BGN was able to catch up with Cullors via Zoom to discuss her book, the future of abolition work, and healing.

“Abolition has always been a huge part of my value system. It’s been the place I go back to when I’m dealing with racism, when I’m trying to envision the world I want to live in, my own world, but also a bigger broader world,” Cullors said. “I spend a lot of time thinking about how abolition as a practice is so critical for my health and for my family’s health, whether it’s leaning into the perspective of my book or using my imagination and really thinking about what else is possible beyond what currently exists, I think a lot about how Black folks and Black Americans in particular — our imaginations have been stolen from us.”

Her handbook takes readers through the history of abolitionism and argues that the word “abolition” extends far beyond chattel slavery and is centered around envisioning freedom. People wish to be liberated from capitalism, militarism, sexism, racism, and many other unjust systems that society must imagine the world without.

Cullors explained, “There isn’t one Black person I know who doesn’t dream about sci-fi/fantasy, there isn’t one who doesn’t dream something different about our world.” 2021 impacted her in extremely draining ways, so 2022 is about combatting forces that try to diminish her as she makes the choice to keep envisioning the world she hopes to build.

However, imagination is only part of the many lessons that Cullors provides throughout the handbook. Taking action is an essential part of abolition, and doing the work is key.

She told BGN, “I believe that abolition isn’t meant to be like some academic test, but it’s something that we practice on a daily basis. Abolition, in so many ways, is very niche in our modern society. We need thoughts, we need questions to help guide us.”

The self-work that the handbook asks for might be daunting for many readers, as Cullors’ guidance asks for a level of vulnerability, honesty, and accountability. In order to imagine and create a world in which people are treated with dignity, it asserts that we must first treat ourselves with dignity. For her, the road to healing has been a winding road. People often see her as an icon rather than a person who has experienced her own set of hurdles, including at one point preparing for her own death after an inundation of racist threats, criticism from those within the movement, and, in turn, her development of PTSD.

“Abolition is asking us to remind ourselves of our humanity and what it means to live a life of dignity” she said. In the handbook, Cullors urges people to allow themselves to feel what they need to and process the weight of oppression. This is part of breaking down normative structures that condition people to numb themselves merely to survive, rather than experiencing joy. One of the biggest takeaways is that abolition is more than survival or making failing systems “better”; it’s about new systems and mindsets to replace the old ones.

“We have the right to rest as part of our generational healing. As people who are constantly fighting and challenging government institutions, part of the work is also the care we give to ourselves. I think about myself, my community, and family — we deserve to take care of ourselves,” Cullors said.

So much of the journey throughout the handbook is for Black, Brown, queer, trans, disabled, and poor folk who are taught to view their bodies, their love, and their dreams as wrong to understand that their trauma is valid and is the insidious work of a white cis capitalistic society that was never made for them. Cullors makes it clear that there’s no reform for systems designed to keep white supremacy as the epitome of power.

She said, “It’s really easy to suggest what you think everyone else should be doing, but it’s hard to see one’s self. It’s hard to see your role in it. The reason I called it [the handbook] Changing Yourself and the World is because it’s about changing our world and the world outside of us.”

In 2022, Cullors will be celebrating the launch of An Abolitionist’s Handbook with iconic scholar and activist Angela Davis for a virtual discussion at the LA County Library on January 27. She’ll also be working with the Crenshaw Dairy Market on Abolitionist Self-Sustaining Pod and Autonomous Gardens, which will be used for gardening across Los Angeles.

​​An Abolitionist’s Handbook is available for pre-order at Barnes & Noble, including signed copies. The official release date is January 25, 2022.