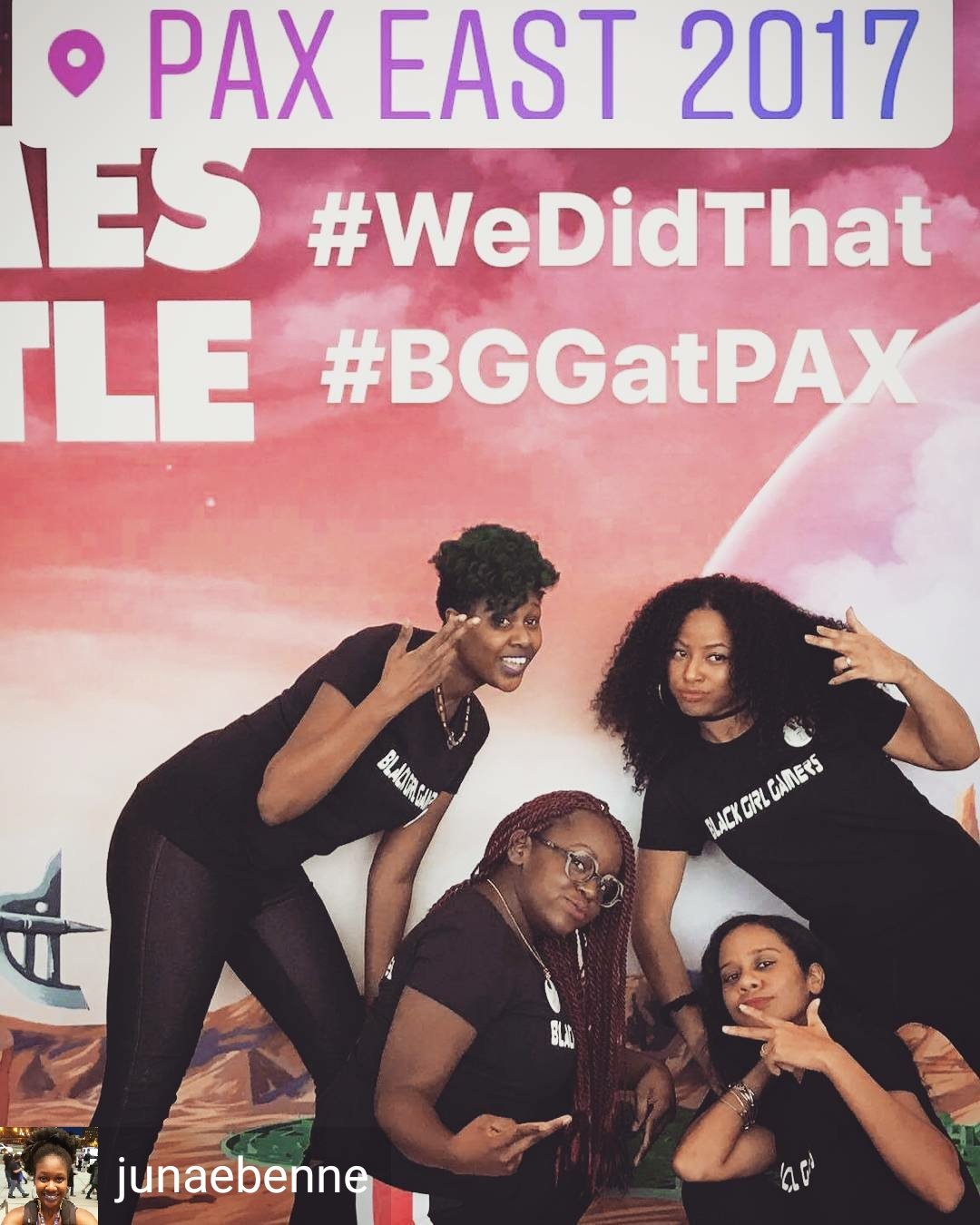 PAX is showing that it’s dipping it’s toe in this diversity pool. At PAX East ‘17, game developers, characters, and panels were riddled with people from all walks of life. A few projects that displayed diversity are the games: EarthNight and Absolver. There were also the distinct panels: Creating a Safe Space for Black Girl Gamers and How to Broadcast Safely as a POC/LGBTQIA/Female ID’d Streamer.

The music was so fantastic because it was live. Everyone who played EarthNight at PAX had the pleasure of listening to a guitarist play the soundtrack. EarthNight’s soundtrack definitely has an 8 bit feel. Everything makes a pleasant 8-bit ding with a sing following it, even the death notes. Purple luxuriously 8-bit dragons with different colours filled the screen and your heart as you ran through space trying to save humans.

The story is simple. Humans have been pushed into outer space by dragons. it’s the gameplay that is hard. EarthNight is a 2D runner featuring two distinct runners with various abilities. To complete each level you must defeat the dragon and then skydive to the next. The last level takes place on Earth — at night. This a game you can play over and over again. There are a few hidden gems that you find once you’ve started playing through for fun because you get to experiment without feeling pressured to beat the game. I really loved it. I loved the characters, the music, and intensity you feel while playing.

Absolver, a martial arts RPG featured at PAX East ‘17 held my attention. The art style is very unique. It’s a fighting game that relies on technique that you are allowed to curate yourself. Sword fighting has a different stance and movement than hand to hand combat. It’s like chess with your character. I loved the characters in this game, very diverse. You get to play against other people and test out your fighting style. I spent most of the time strategising over my fighting stance.

The next stop of our diversity train in PAX East is the panels!

I had the pleasure of teaming up with the founder of Black Girl Gamers, Jay Ann L., cosplayer Akua H. and founder of Thumbstick Mafia Anastasia R to bring to the lovely people of Boston, Creating a Safe Space for Black Girl Gamers. During our panel, we brought up real scenarios such as: What do we do when someone throws racial slurs at us online? Why do we need a place to just be ourselves? How do we bring what we learn in our safe space into other communities? It was very informative and we answered so many questions from the audience. Mostly it was black women asking how to react to attacks and how not to build resentment about gaming.

I am proud to say that I’ve seen more and more diversity at PAX East. With these panels and games, I hope the trend continues. We are making a difference in the gaming industry panel by panel, character by character.