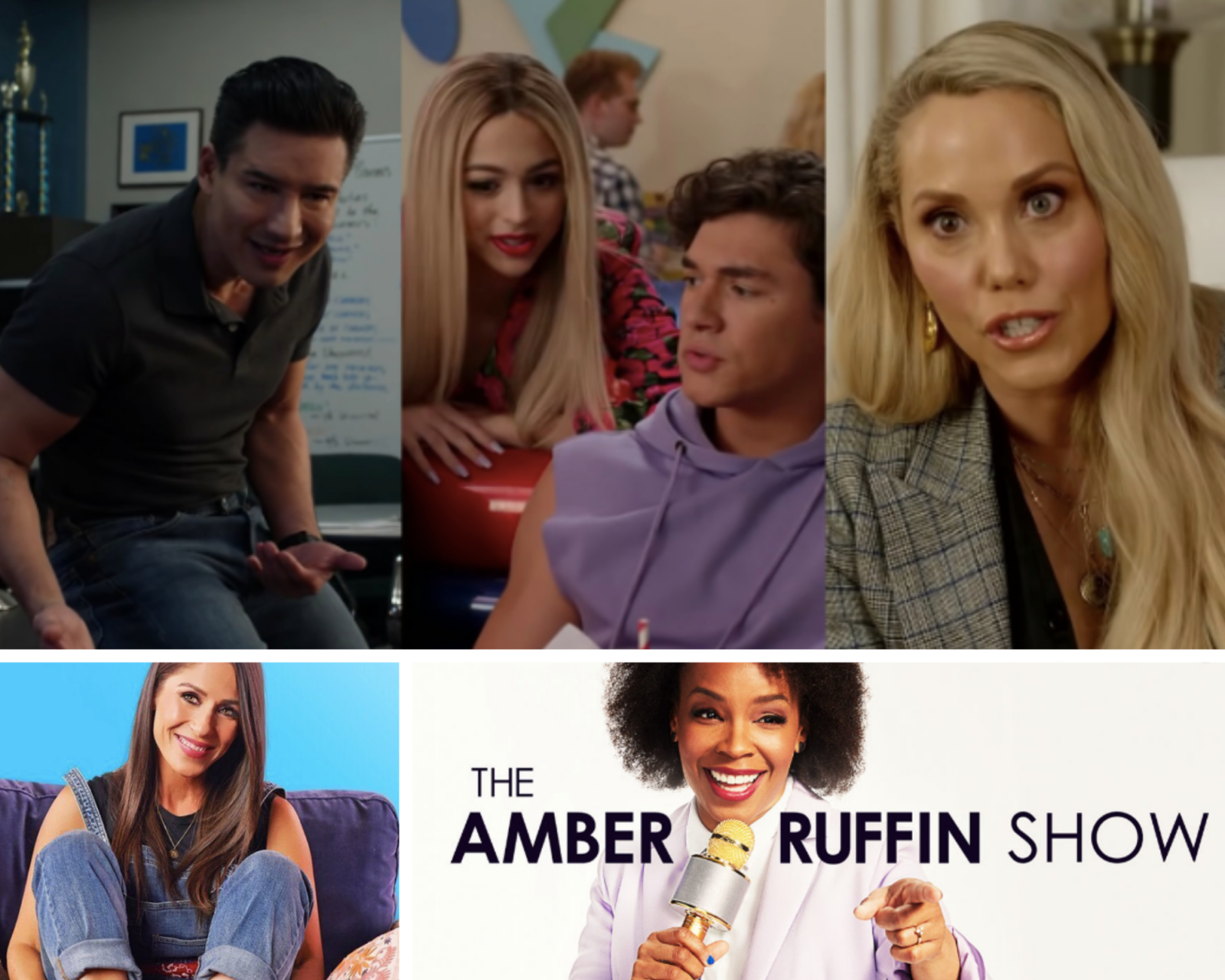 Peacock, NBCUniversal’s new highly anticipated streaming service, will officially launch tomorrow offering consumers across the country a world-class collection of the best live and on demand programming from NBCUniversal and beyond.

“This is a historic moment for our company as we proudly introduce Peacock to consumers nationwide—a groundbreaking vision that was brought to life by an incredible team of people from across Comcast, NBCUniversal and Sky,” said Matt Strauss, Chairman of Peacock. “From current, classic and original movies and shows, to live news, sports, curated channels and trending content from around the world, Peacock is the only free, premium ad-supported streaming service that brings together everything consumers love about television and streaming—all in one place.”

The only new streamer to offer a free, premium tier of service, Peacock will deliver more than 13,000 hours of content—completely free—including a vast library of popular movies likethe The Bourne Identity, The Bourne Supremacy, The Bourne Ultimatum, Jurassic Park, Jurassic Park III, Tully, Phantom Thread, The Interpreter, American Psycho, The Matrix, The Matrix Reloaded, The Matrix Revolutions, The Blair Witch Project, The Mummy, Joe, Fletch, Fletch Lives, The Chronicles of Riddick: Dark Fury, Fear, Psycho, Do the Right Thing, Howard the Duck, Billy Elliot, The Birds, Willie, Fear and Loathing In Las Vegas, The Last House On The Left, I Am Ali, In The Name of the Father, Lone Ranger, The Hitcher, Law Abiding Citizen, The Sting, What Dreams May Come, Fried Green Tomatoes, One True Thing, Gosford Park, Dracula and Dragnet.

Live sports in the free tier include four exclusive Premier League matches on July 15, coverage of the U.S. Open Championship and Women’s Open Championships, an NFL Wild Card Playoff Game, and select events from the upcoming Tokyo and Beijing Olympics. In addition, sports fans will enjoy on demand replays of events like Triple Crown horse races, daily highlights from NBC Sports, and hundreds of hours of sports series, documentaries and films such as Tiger Woods Chasing History, 1968, I Am Ali, Dream Team, Being Evel, Feherty, Willie,and Peacock Originals Lost Speedways and In Deep with Ryan Lochte.

Peacock Premium will also feature access to a growing catalog of live and on demand sports programming, including more than 175 exclusive Premier League matches for the 2020-2021 season; coverage of elite cycling events like the Tour De France from August 29 – September 20, and La Vuelta from October 20 – November 8; and more than 100 hours of WWE content coming in August including series WWE Untold and Steve Austin’s Broken Skull Sessions,and compilations like John Cena’s Best WrestleMania Matches.

Movie buffs will enjoy a steady influx of feature films, including movies in the Pay 1 window such as Trolls World Tour, You Should Have Left, Croods 2; Boss Baby 2, and Spirit, and upcoming library titles like Mama, Won’t You Be My Neighbor, The Purge, Riddick, Ride Along,  E.T., American Gangster, ANTZ, Fast & Furious, Fast 5, Fast & Furious 6, Field of Dreams, The Express, Knocked Up, Bridesmaids, National Lampoon’s Vacation, National Lampoon’s European Vacation, Wanted, Evan Almighty, The Conjuring, Dawn of the Dead, The Dark Knight, Beetlejuice, The Big Lebowski, Scent of a Woman, Meatballs, 3:10 to Yuma, Lost In Translation, Brokeback Mountain, Pitch Black, The Graduate, Police Academy, The Great Outdoors, Hostel, The Bone Collector, Robin Hood, The Hurt Locker, The Break Up, Open Water, It Follows, Carlito’s Way and Sinister.

And sports fans will always have more to look forward to with an NFL Wild Card Game, Ryder Cup and the Tokyo and Beijing Olympics coming in 2021 and 2022, respectively.

In addition to the nine Peacock Originals launching with the service on July 15, Peacock announced premiere dates for more original series to debut in the coming weeks, including:

When disgraced Harvard philosophy scholar Jack Griffin (Glenn Howerton, It’s Always Sunny in Philadelphia) loses out on his dream job, he is forced to return to Toledo, Ohio, and work as a high school Advanced Placement biology teacher. As he comes crashing into Whitlock High School, Jack makes it absolutely clear that he will not be teaching any biology. Realizing he has a room full of honor roll students at his disposal, Jack decides instead to use the kids’ brainpower for his own benefit. But are his students instead helping him to realize his dream job might actually be the one he has right now? Eager to prove that he is still king of the castle, Principal Durbin (Patton Oswalt, Veep) struggles to control the force of nature that is Jack Griffin. The series also stars Mary Sohn (Work in Progress), Lyric Lewis (Baskets), Jean Villepique (Sharp Objects) and Paula Pell (Saturday Night Live). A.P. BIO  is produced by Broadway Video, Sethmaker Shoemeyers Productions and Universal Television.

Five singles meet at, of all places, the singles’ table at a wedding. After several bottles of champagne, they decide to pitch in and buy a house together. Five singles buy a house together – what could go right?  It’s a grand social experiment with one glaring problem: they’ll have to actually live with each other.  All while journeying together through disasters, life-turning crises, and  moments of love, joy and heartbreak. The series stars Kat Stewart (Offspring), Stephen Peacocke (Whiskey Tango Foxtrot), Doris Younane (Frayed), Katie Robertson (Rosehaven), Roy Joseph (Halim), Kate Jenkinson (Wentworth) and Hugh Sheridan (Packed to the Rafters). FIVE BEDROOMS is produced by Hoodlum Entertainment with assistance from Film Victoria. It is co-funded by Sky Studios, Network Ten and Screen Australia.

Best friends Jamie (Mel Giedroyc) and Fran (Sue Perkins) are trying to make their way in the world with only each other to rely on. They also just happen to kill people for a living. Fueled by their antics and frivolous bickering, each job inevitably gets derailed, leading them into bizarre misadventures, full of oddball characters and unexpected dilemmas. HITMEN is produced by Tiger Aspect in association with Sky Studios and is distributed by NBCUniversal Global Distribution.