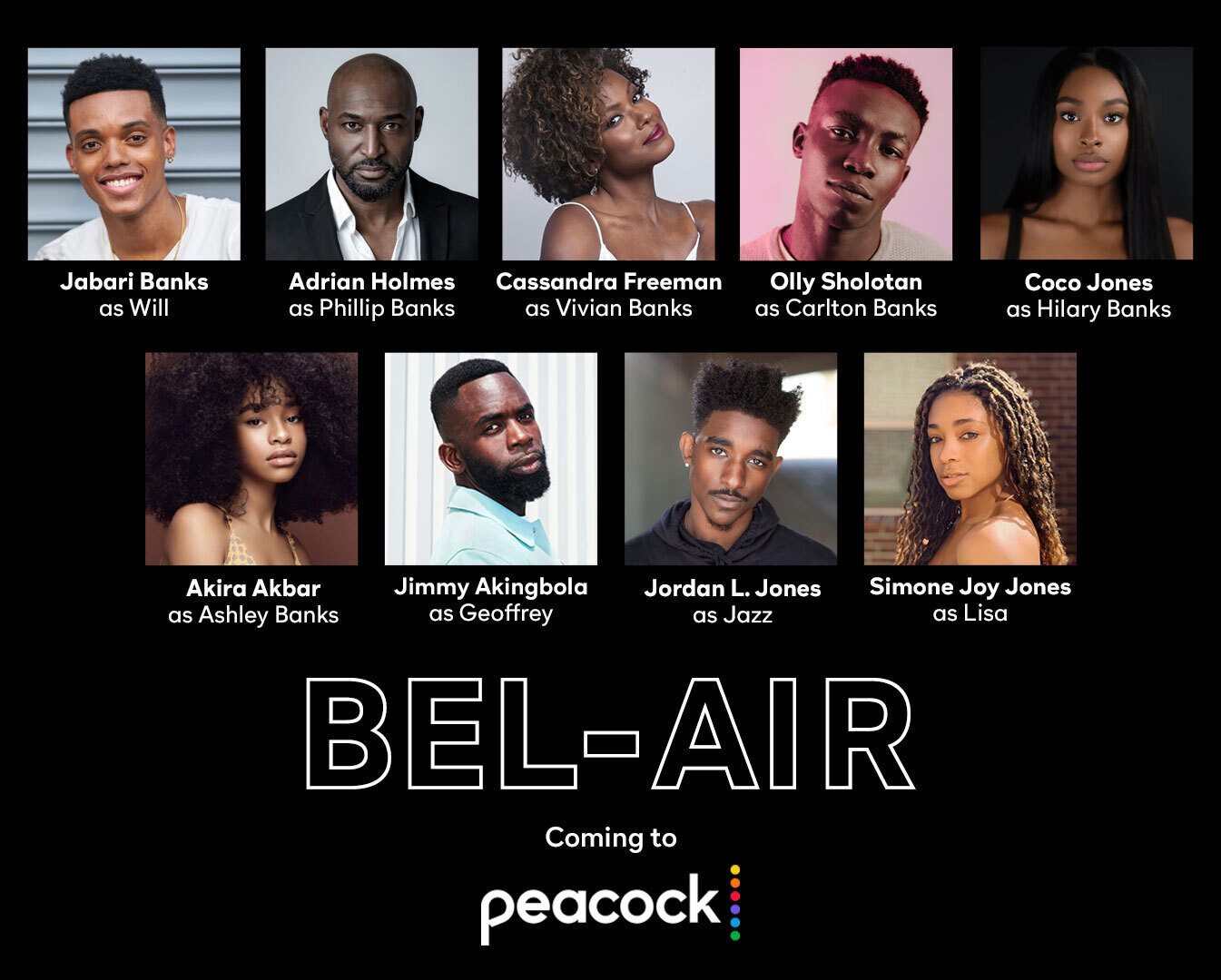 The series regulars include:

Set in modern-day America, Bel-Air is a serialized one-hour dramatic analogue of the 90’s sitcom “The Fresh Prince of Bel-Air” that leans into the original premise: Will’s complicated journey from the streets of West Philadelphia to the gated mansions of Bel-Air. With a reimagined vision, Bel-Air will dive deeper into the inherent conflicts, emotions and biases that were impossible to fully explore in a 30-minute sitcom format, while still delivering swagger and nods to the original show.

Cooper wrote and directed the four-minute spec trailer, debuting the video on social media in March 2019. The trailer, which currently has nearly 7 million views on YouTube, caught the attention of Smith, and in a reaction video Smith called the film and idea brilliant.

Bel-Air is coming soon to Peacock.