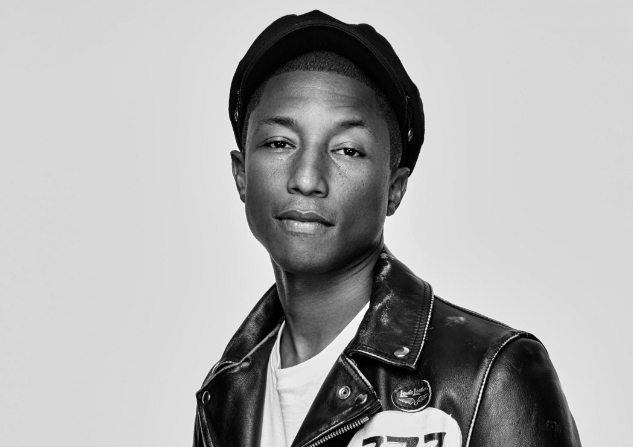 “We need a voice and in order to have that voice, we need ownership” – Pharrell Williams

“Recent events and tragedies have illustrated the always existent stark divisions in the American experience, and while entrepreneurship has long been a tenet of the American dream, marginalized people have faced long-standing barriers to success,” said Pharrell Williams. “With Black Ambition, the goal is to help strengthen the pipeline of talented entrepreneurs and close the opportunity and wealth gaps derived from limited access to capital and resources.”

In partnership with historically Black colleges and universities (“HBCUs”), The Black Ambition HBCU Prize will offer prizes and mentorship for current and former students at HBCUs as they develop seed or early-stage ideas and launch companies in tech, design, healthcare, and consumer products and services. The grand prize winner will receive up to a $250,000 prize and at least nine additional teams will receive smaller prizes. Teams must include at least one current HBCU undergraduate or graduate student (full-time or part-time), one recent alum within two years of graduation, or one former student within two years of attending the institution who is a member of the founding team. This HBCU-affiliated individual must identify as Black/African/African American and/or Hispanic/Latino/a/Latinx.

The Black Ambition Prize will find, support, and seed early-stage companies in tech, design, healthcare, and consumer products and services. Ventures must have at least one founder or co-founder that identifies as Black/African/African American and/or Hispanic/Latino/a/Latinx. The grand prize winner will receive up to a $1 million prize and at least nine additional teams will receive smaller prizes. For both prizes, a member of the founding team is defined as having a senior role, such as VP or C-level role. The prize will launch with a nationwide call for applications from eligible founder teams. Independent application reviewers will score eligible applications on the strength of their idea, with the strongest applications advancing to the major national event.

In July 2021, the two competitions will culminate in teams competing for these prizes by presenting to luminary judges and investors. In addition to financial awards, the entrepreneurs will receive mentorship and feedback as well as access to peer networks and expert connections. All screened applicants will receive access to online resources, information about business resources, and high-level feedback. Semifinalists will also receive cohort-based mentorship. Finalists will receive personal mentorship, opportunities for media exposure, and introductions to venture capitalists, angel investors, and accelerator partners.

For local Virginia residents wondering if Pharrell plans to bring Black Ambition to the 757 by way of the Something In The Water Festival, he hasn’t ruled it out. While the plans are still in motion for how his team running the festival will implement Black Ambition’s vision, he ensures that it will have a presence at the festival.

Black Ambition’s long-term vision is for inclusive entrepreneurship to be the new normal. The start-up non-profit initiative will be led by an all-star advisory team that includes Grammy Award-winning recording artist, producer, songwriter, entrepreneur, investor, and philanthropist Pharrell Williams, with support from The Bridgespan Group, a global nonprofit organization that advises mission-driven organizations, nonprofits, philanthropists and impact investors. Virgil Abloh, the artist, designer, and philanthropist, is actively involved with the initiative and contributed the Black Ambition logo and identity concept design.