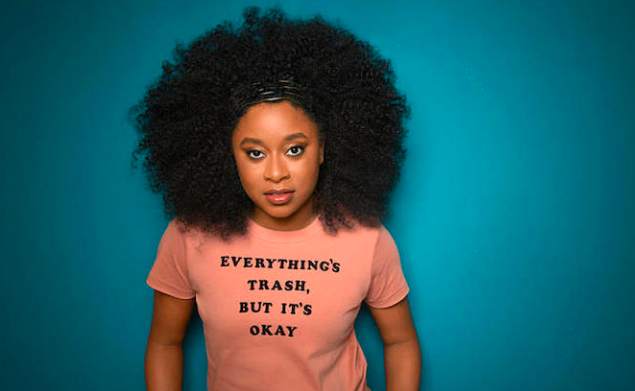 Amazon Prime Video will say so long to 2020 with the new comedy special Yearly Departed, a comedic memorial for a year that somehow still isn’t over yet, from Executive Producer Rachel Brosnahan (The Marvelous Mrs. Maisel), who will also appear. Hosted by multi-talented comedian Phoebe Robinson (2 Dope Queens), Yearly Departed will premiere this winter exclusively on Prime Video in more than 240 countries and territories worldwide.

Yearly Departed is a series of eulogies for the year 2020, where a lineup of all-women comedians will deliver everything from casual sex to beige Band-Aids and everything in between that we’ve “lost” in 2020.  After a year of societal upheaval, plague, murder hornets and banana bread, Yearly Departed will give 2020 the huge send-off it deserves, from some of the world’s funniest women. Yearly Departed is executive produced by Rachel Brosnahan, Paige Simpson, David Jammy, Katy Mullan, Samantha Ressler, Nathalie Love, and Bess Kalb, with Kalb also serving as head writer.  Emmy Award-nominee Linda Mendoza (Tiffany Haddish Presents: They Ready) is set to direct.  Yearly Departed is from Amazon Studios and Done + Dusted.

“I can’t imagine a better way to lay this unfathomably awful year to rest than giving some of the world’s funniest women the last word. I’m grateful to our partners at Amazon Prime Video, We The Women, Bess Kalb and Done + Dusted for breathing life into our funeral and giving us all the opportunity to collectively heal through laughter,” said Brosnahan.

Robinson added, “I’m ready to put 2020 on fire like I’m barbequing at a Black family reunion. All kidding aside, the world is beyond stressful and confusing, so I’m honored to help take everyone’s minds off the heaviness with some much-needed comedy while wearing a fresh wig.”

“Given the events of 2020, we can’t wait to toast its departure with this group of hilarious women, led by the incredible Rachel Brosnahan!” said Jennifer Salke, Head of Amazon Studios. “Rachel, Bess, and the Done + Dusted team have come together with Phoebe Robinson to bring us some much needed laughter as this year finally ends.”

Phoebe Robinson is best known as the co-creator and co-star of the hit WNYC Studios podcast 2 Dope Queens, which was turned into eight one-hour, critically-acclaimed HBO specials. She’s also a New York Times best-selling author of the books Everything’s Trash, But It’s Okay and You Can’t Touch My Hair and Other Things I Still Have to Explain. Additionally, Phoebe was a staff writer on the final season of Portlandia, starred in the movies Ibiza and What Men Want, and was a five-time moderator on Michelle Obama’s international Becoming book tour. Most recently, Phoebe founded Tiny Reparations, a production company under ABC Studios, and TinyRep’s first project, a talk show entitled Doing the Most w/Phoebe Robinson, will premiere in 2021 on Comedy Central. She has also just launched a literary imprint called Tiny Reparations Books and released a brand-new advice-interview hybrid podcast entitled Black Frasier.

Rachel Brosnahan currently stars in the award-winning Prime Video series The Marvelous Mrs. Maisel. Since the series premiered in 2017, she has won an Emmy, two Golden Globes, A SAG award, two Critics’ Choice Awards and a TCA Award for her performance as “Miriam ‘Midge’ Maisel.”  She produced and starred in I’m Your Woman, an Amazon Original movie directed by Julia Hart and co-written with Jordan Horowitz, which will be released December 11th on Amazon Prime Video. Other film credits include Patriots’ Day, The Finest Hours, Louder Than Bombs, Burn Country and the upcoming The Courier opposite Benedict Cumberbatch. Brosnahan also recently signed a first-look deal with Amazon Studios to develop television series under her Scrap Paper Pictures Banner.

Bess Kalb is an Emmy Award-nominated comedy writer and bestselling author of “Nobody Will Tell You This But Me.” She wrote for eight years on Jimmy Kimmel Live and was a regular man-on-the-street correspondent for Kimmel’s “Lie Witness News” segment before leaving the show to adapt her book into a film with Sight Unseen Pictures. She received a WGA Award in 2016. Kalb wrote for the Emmy Awards telecast in 2012 and 2016 and for the Academy Awards in 2017 and 2018. She has written jokes for Hillary Clinton and wrote speeches to the 2020 Democratic National Convention.