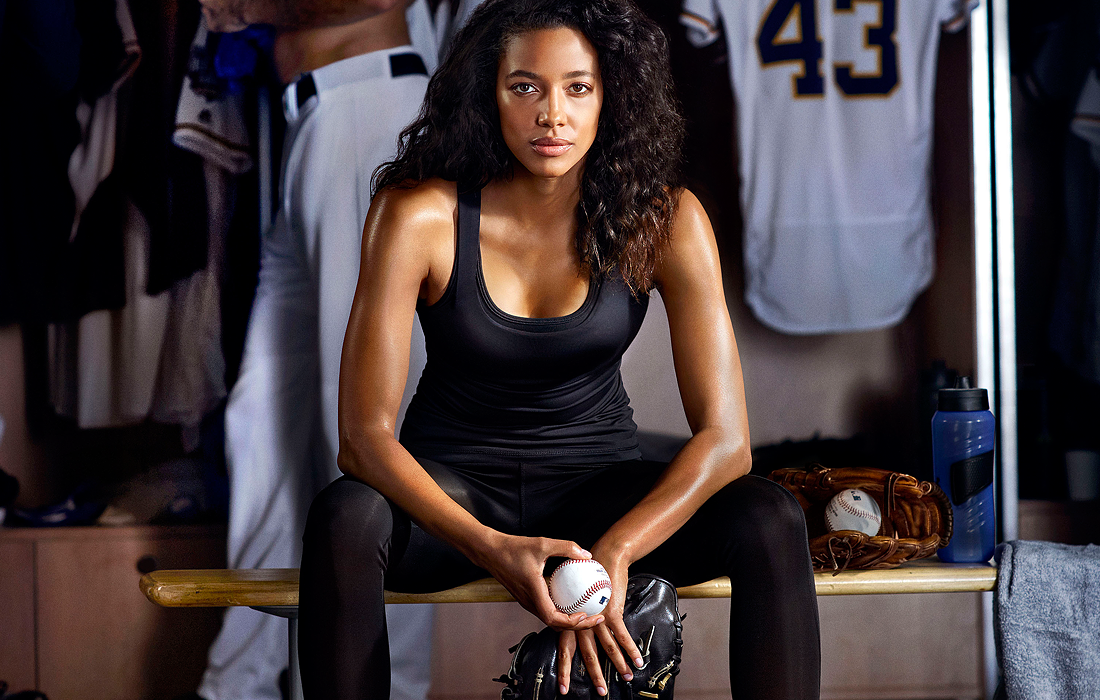 We all know that television shows come and go, introducing us to characters that have an everlasting impact on our lives. Fox has brought us the ladies from Living Single, Gina and Pam from Martin, and most recently, Cookie from Empire. A new leading lady has stepped up to the plate, hoping to keep her seat at the table. This year, Fox Broadcasting Network introduced Kylie Bunbury as Ginny Baker.

Let’s just get to the point and be honest: Pitch is much more than a show about baseball. As you immerse yourself in the lives of the characters, you quickly discover the show is about the relationships in and outside of Petco Park. Just like the average person, these characters are fighting for their dreams and facing life’s pesky setbacks head-on.

Ginny Baker is a 23-year-old professional baseball player for a fictional version of the San Diego Padres. In the opening scenes of the pilot, Ginny Baker oozes confidence as she steps on the elevator to become the first woman in Major League Baseball history to play the game. Flaws and all, Ginny will have you rooting for her to defy biology, crack the glass ceiling, and succeed.

What about your friends? Pitch gets it right with female relationships. Evelyn Sanders

will have you identifying the Ev in your life or wishing you had a friend just like her.

Platonic Friendship: Who says men and women can’t just be friends! Teammate and longtime friend, Blip Sanders, also gets it right. Blip gives the right amount of support and has Ginny’s back on and off the field.

Zack Attack has transformed into Mike Lawson. If you have ever seen Saved By The Bell, Franklin & Bash, or any other Mark Paul Gosselaar projec

t, you  will enjoy his presence as the sometimes grumpy, confident, yet vulnerable speech giver, Mike Lawson.

While Pitch started off with decent ratings and demographics, the show has had to deal with scheduled breaks, professional sports, and that difficult Thursday Night 9pm time slot.

Fan campaigns in the past have been used to influence networks to renew certain shows. Who remembers the fan campaigns for The Game? After years of being off the air, the show was resurrected and found a new home. Fans around the world are now fighting to save Ginny Baker and the crew from a one and done appearance. In January, #Pitches around the world kicked off the #KeepHerInTheGame campaign with a fan video. The video was symbolically modeled after the fan campaign in Episode 4 , where fans petitioned via signatures/video to #PutHerInTheGame. So far, the video has been viewed over 1,000 times. Bloggers and the stars of Pitch themselves even took notice. If you have a moment the video can be seen here:

Over the next several months, the Pitch Street Team will be rolling out various monthly campaigns such as postcard & baseball mailings and targeted social media campaigns, leading up to renewal season in May.  If you are interested in participating, please take a moment to view the video below and follow @PitchStreetTeam on Twitter/ Tumblr for additional information.

Also, feel free to check out this video promoting the campaign

Pitch can be watched via FOX.COM, on Demand or Hulu.

Megan is a social worker by day and avid consumer of television and sports by night. When she is not participating in fan campaigns, she can also be found daydreaming about her next travel destination and navigating through this chapter of life. You can find her on twitter @SimplyB81.