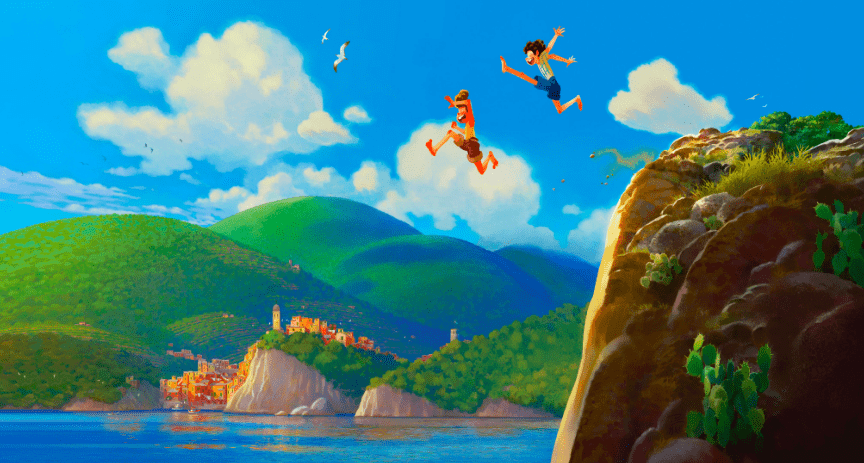 A new animated movie, Luca, will be coming to theaters in the U.S. (if they’re open) next summer following a coming-of-age story.

Director Enrico Casarosa (Coco, Up, Ratatouille, Robots, Ice Age, Toy Story 4, The Incredibles 2) will be in charge of the newest Pixar movie. Disney filed a trademark for the title on a Thursday rumor according to Variety. His experience and upbringing make Casarosa a perfect candidate to direct this Pixar film, additionally, it’s about time. Given that he has other credits and experience, it would appear he’s been working towards making another film of his own.

“This is a deeply personal story for me, not only because it’s set on the Italian Riviera where I grew up, but because at the core of this film is a celebration of friendship. Childhood friendships often set the course of who we want to become and it is those bonds that are at the heart of our story in Luca,” Casarosa stated. “So in addition to the beauty and charm of the Italian seaside, our film will feature an unforgettable summer adventure that will fundamentally change Luca.”

Luca is about a young male journeying with his friend on the Italian Riviera. But, tension grows when it is revealed his new friend is actually a sea monster from below. However, audiences will be seeing Soul before they see Luca, currently scheduled for premiere Nov. 20.

Although a voice cast has not yet been selected, the movie is in good hands with Enrico’s passion and experience. Having 21 credits on IMDB, he has done just about everything. He directed and wrote La Luna, and worked as a storyboard/story artist in all the movies mentioned earlier, in addition to being a senior executive on Toy Story 4, The Incredibles 2, and Coco all of which were box office hits for Pixar. Toy Story 4 had a budget of $200,000,000 with a worldwide gross of $1,073,394,593. The Incredibles 2 had an opening budget of $200,000,000 with a World Gross of $1,242,805,359 having a significant return. Lastly, Coco had a budget of $175,000,000 with a world gross of $807,082,196. All that to say, Casarosa has experience with successful films. So successful, they surpassed expectations financially. It’s safe to say that he’s ready to make Luca successful as well.