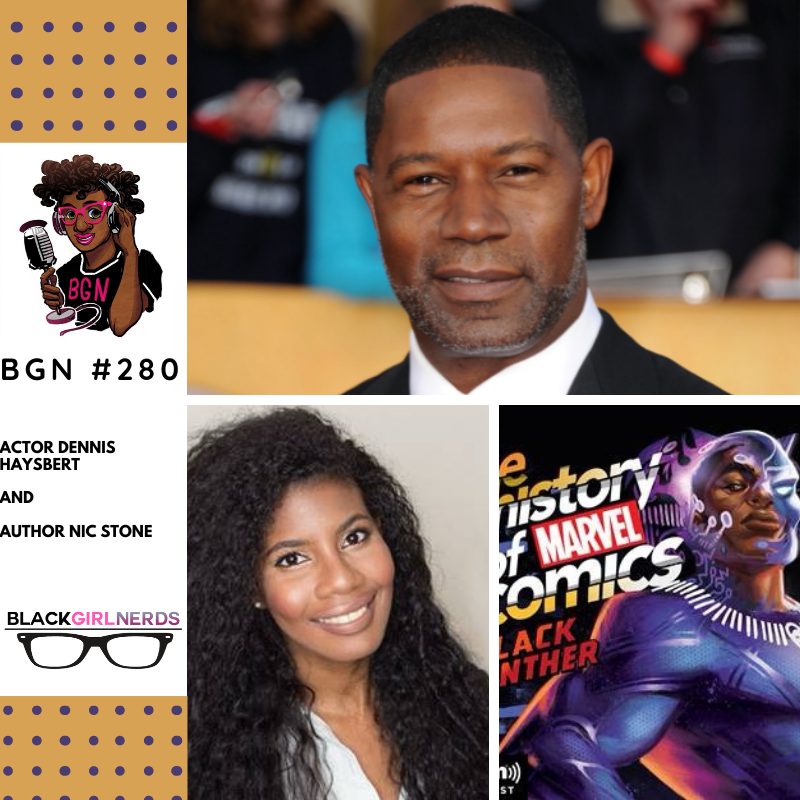 In this week’s episode of the Black Girl Nerds podcast, we present a 2-part episode featuring actor Dennis Haysbert and author Nic Stone.

Segment 1: Dennis Haysbert captured the attention of audiences and critics alike with his groundbreaking role as President David Palmer on FOX’s hit series 24, for which he received his first Golden Globe nomination, and two Screen Actor Guild nominations. He currently stars in the film. No Exit now streaming on Disney+

Segment 2: NY Times best-selling author Nic Stone discusses her new podcast “The History of Marvel Comics: Black Panther.” The six-episode documentary podcast explores the comic book origins of the Black Panther through conversations with the creators who shaped T’Challa’s journey, celebrates the innately Afro-Futuristic world of Wakanda, and analyzes the larger social impact of the character.