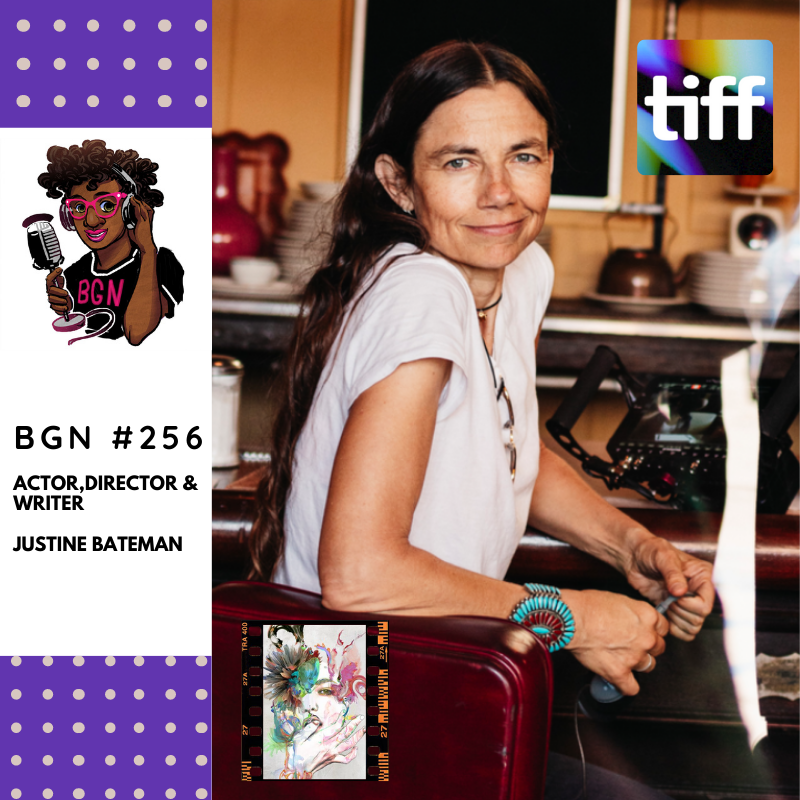 In this week’s episode of the BGN Podcast, as we cover the 2021 Toronto International Film Festival, we welcome actor, director, and writer Justine Bateman to talk about her directorial feature film Violet.

Justine Bateman has an impressive resume that includes Family Ties, Satisfaction and Arrested Development, and many more. She has earned a Golden Globe nomination and two Emmy® nominations. An advocate for Net Neutrality, Justine holds a degree from UCLA in Computer Science and Digital Media Management.

Violet, Bateman’s directorial feature film debut of her own script, stars Olivia Munn, Luke Bracey, and Justin Theroux. It premiered at SXSW 2021 and has its International Premiere at TIFF 2021.