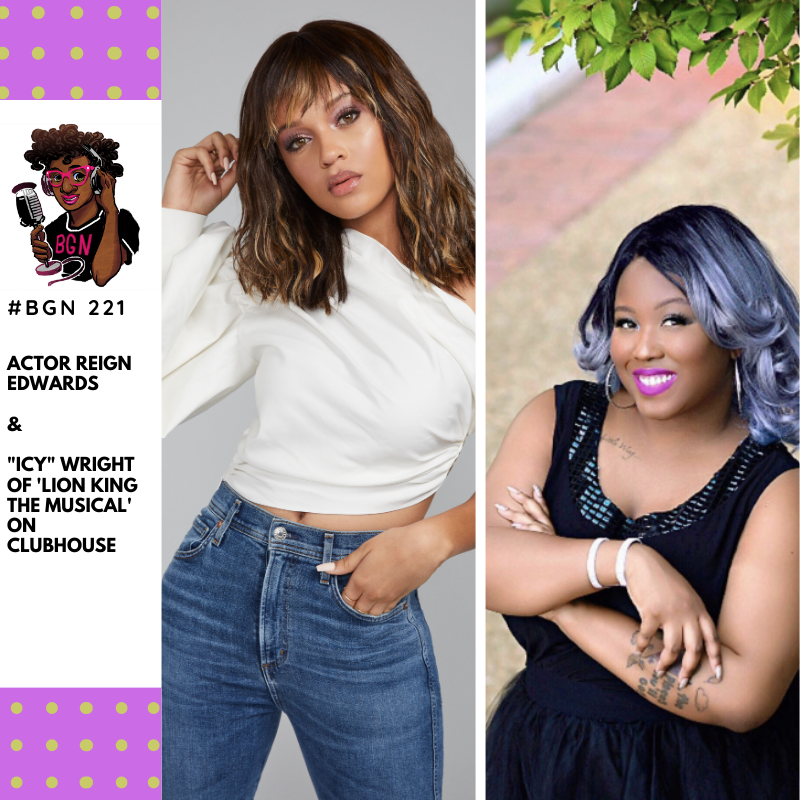 Segment 1: Reign Edwards stars in the series The Wilds about a group of teenage girls stranded on an island, unaware they are part of an elaborate social experiment. Reign was last seen starring in the hit FX series Snowfall and the CBS series Macgyver.

Segment 2: Indya “Icy” Wright helped coordinate the press for the viral sensation Lion King: The Musical on Clubhouse. She chats about the musical and her background in publicity and how she got her start in entertainment.