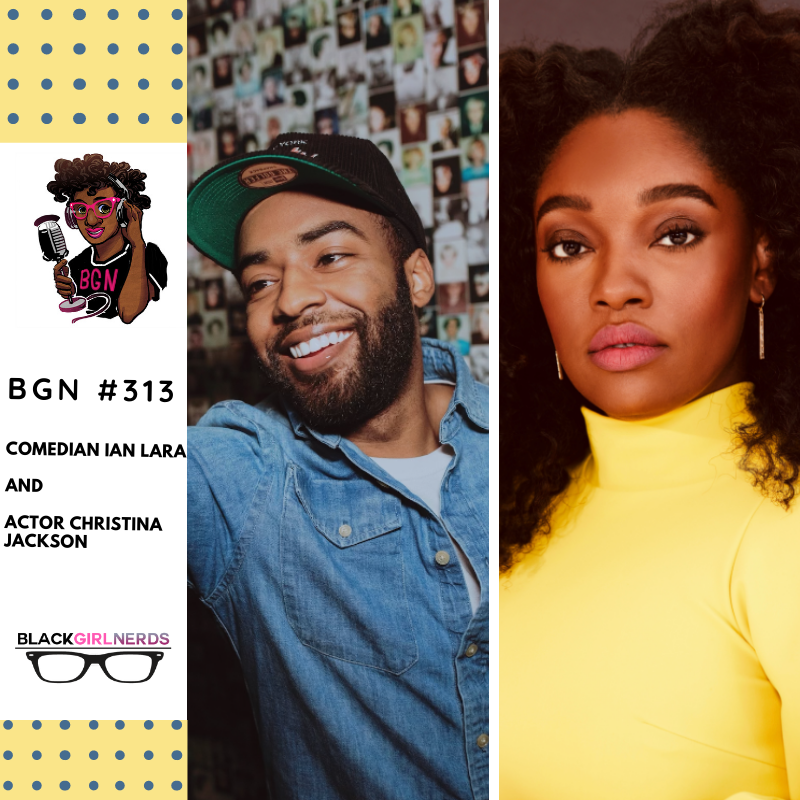 In this week’s episode of the Black Girl Nerds podcast, we welcome Ian Lara and Christina Jackson.

Segment 1: The premiere of Romantic Comedy, directed by beloved Comedian/Writer Aida Rodriguez, will be Ian’s second of 2022. His first, Growing Shame, premiered on Comedy Central Digital on February 10th as part of their series of half hours. He performed his 30-minute debut comedy special LA Meets NY for HBO Latino’s esteemed Entre Nos franchise in 2020, which did so well the streamer gave him his upcoming hour.  His appearance on Comedy Central’s StandUP Featuring has garnered over 10 millions views collectively on social media, and he was a regular on the network’s hit series This Week at the Comedy Cellar.

Segment 2:  Christina Jackson takes on the female lead role as Daisy Brown in Devotion, marking this her most significant screen outing. Devotion is the story of Jesse L. Brown (played by Jonathan Majors), a pioneering Black Naval aviator who flew during the Korean War. She will also star alongside Regina King, Lucas Hedges, and Andre Holland in the Netflix/John Ridley film Shirley, which tells the story of trailblazing political icon Shirley Chisholm (King)—the first Black Congresswoman and the first Black woman to run for president of the U.S. Devotion is currently playing in theaters.

Music by: Sammus and Shubzilla
Edited by: Jamie Broadnax