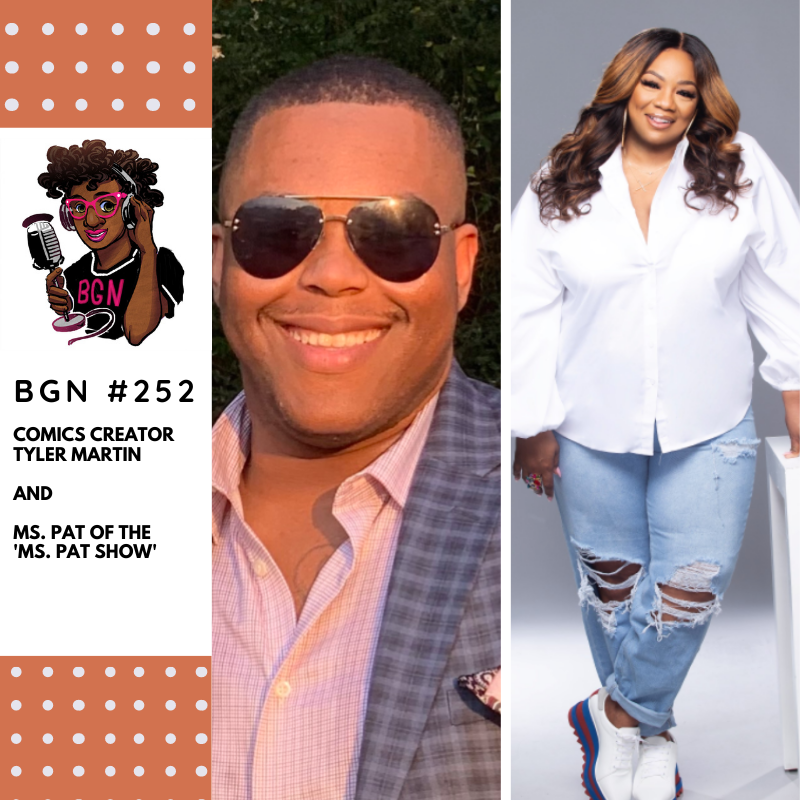 Segment 1: Tyler F. Martin is a comic book and screenplay writer, publisher, editor, and creative director based in Atlanta Georgia. An avid Star Wars fan, self-proclaimed Blerd, and lover of all things comics, he is most notably recognized for founding Godhood Comics. An Atlanta-based publishing company and one of the fastest-growing and Black-owned independent comic book publishers in the U.S. Godhood Comics was founded in 2014 and designed to highlight diversity in comics by focusing on telling stories around BIPOC (Black and indigenous people of color) characters and concepts.

Creator of titles such as Mega Woman, Sharpshooter, Galactic Patrol Delta, and the extremely popular comic series The Antagonists.

Segment 2: Based on Ms. Pat’s stand-up comedy and memoir, The Ms. Pat Show is the story of a former convicted felon turned suburban mom and stand-up comedian, whose hustle and resilient spirit was forged on the streets of Atlanta. To much reserve, she now finds herself in conservative middle America alongside her penny-pinching husband played by J. Bernard Calloway (City On A Hill), a struggle of a sister played by Tami Roman (The Family Business), and two distinct sets of kids played by Theodore Barnes (The Prince of Peoria), newcomer Briyana Guadalupe and Vince Swann (50 Central), raised under very different circumstances.