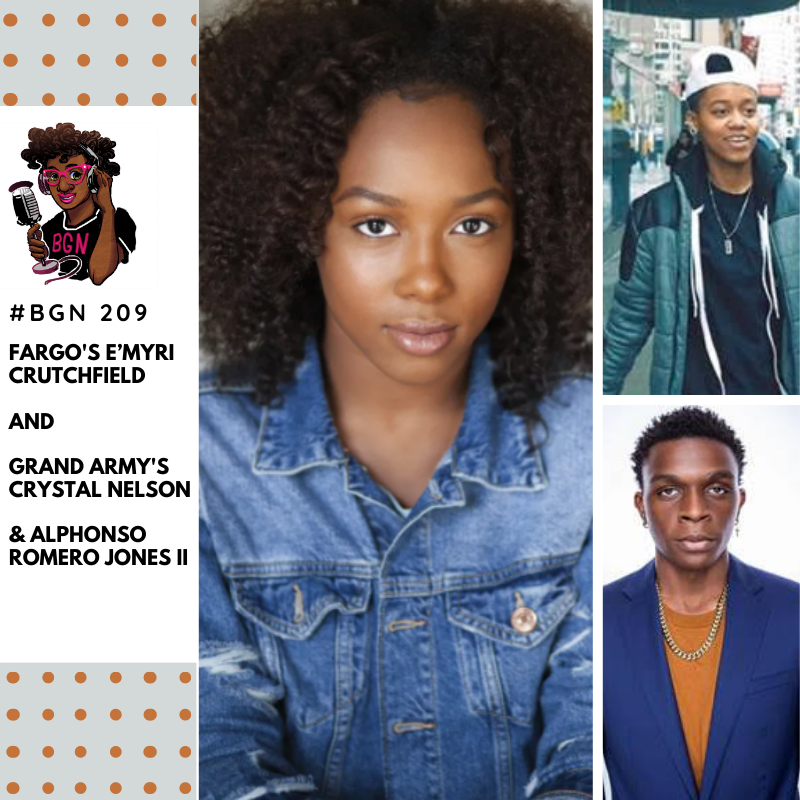 Segment 1: E’myri Crutchfield stars in FX’s Emmy-winning anthology series Fargo. She is thebreakout star, which also features Chris Rock and Jason Schwartzman.  E’myri portrays the narrator of the story, Ethelrida Smutny, a mixed-race teenager wise beyond her years, who is determined to improve her lot in life through education.

Segment 2: Crystal Nelson stars in the Netflix series Grand Army.  She plays seventeen-year-old ‘Tor’ who is a strong, confident, hilarious lesbian woman and an integral part of the basketball team. Though she comes from a well-off family, she continues to be grateful for what she has and stays grounded as she sees others around her struggling. Crystal is in real life a proud lesbian and member of the LGBTQ community. Born and raised in Maryland.

Segment 3: Alphonso Romero Jones II portrays ‘John Ellis’ in Netflix’s teen drama series, Grand Army.  Alphonso’s raw, natural talent was first displayed when he was cast in the coveted role of ‘Young Simba’ in “The Lion King” on Broadway. Aside from acting, he is a musician and creates in his home studio in New Jersey under the name TKP Nook.