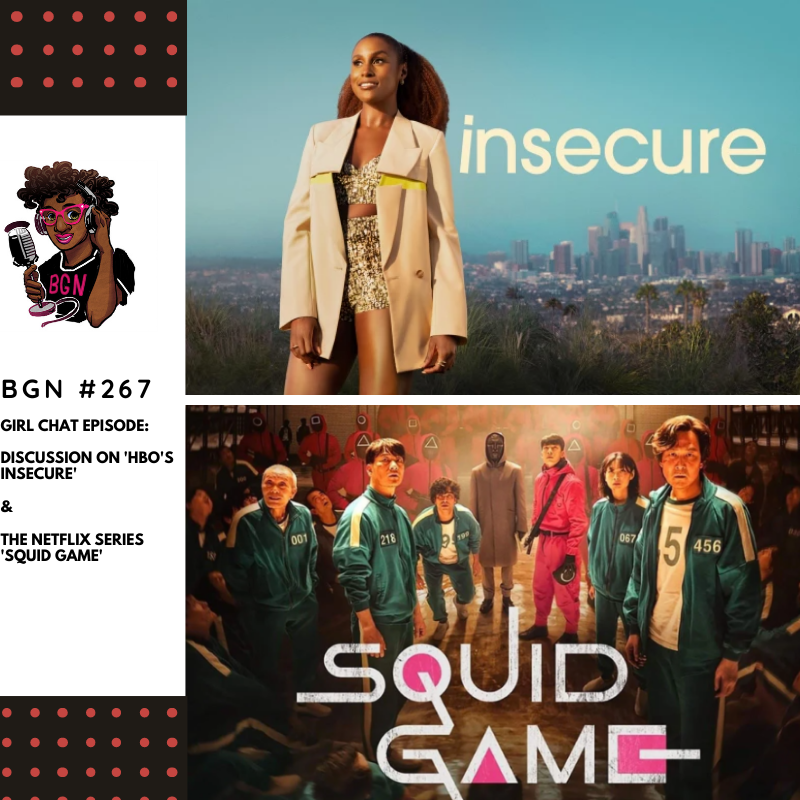 In this week’s episode of the Black Girl Nerds podcast, the hosts chat about two very popular series that everyone is talking about. The BGN hosts first chat about the final season of HBO’s Insecure and vent about their issues and praise the show’s several accomplishments.

BGN hosts then move on to the Netflix phenomenon Squid Game, which has taken the world by storm. The discussion focuses on the metaphorical meanings of the series, the corruption of capitalism, and how social media has reacted to the series.