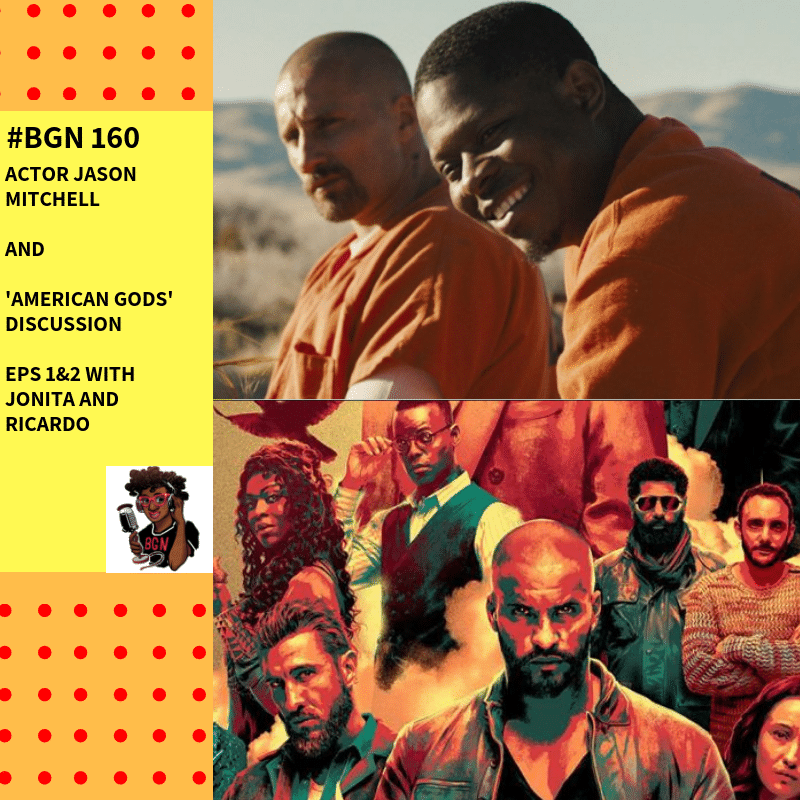 Segment 1: Actor Jason Mitchell stops by to make his second appearance on the BGNPodcast to chat about his latest film The Mustang. Released by Focus Features on March 15th.

Segment 2: Jonita Davis and Ricardo Hazell start their new show “Snowflake and the Cynic Ruin the Movies Podcast” and makes its premiere on this segment. The two rundown the first two episodes of the Starz series ‘American Gods’.