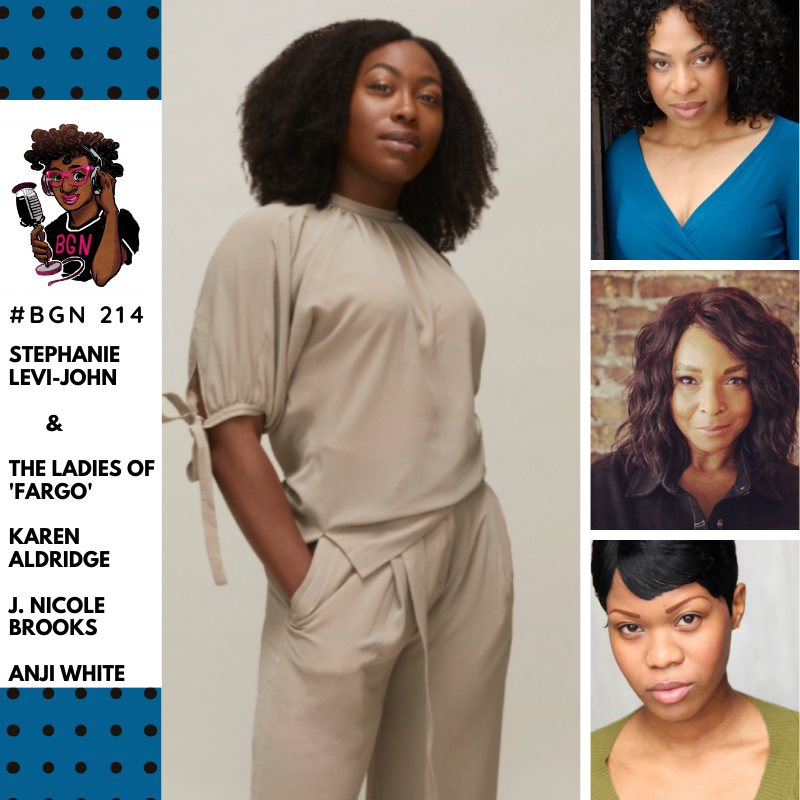 In this 2-part episode, BGN interviews actor Stephanie Levi-John from the Starz series ‘The Spanish Princess’ and the ladies of the FX series Fargo: Karen Aldridge, Anji White, and J. Nicole Brooks.

Segment 1: Stephanie Levi-John plays Lina de Cardonnes on The Spanish Princess. The actor shares more about her character Lina’s life outside of the Court and what it is like for her raising a family and how that causes struggles with Catherine as well.

Segment 2: Karen Aldridge, Anji White, and J. Nicole Brooks star in the FX series Fargo.  The Chicago-based actors talk about getting their roles on the show, working with Chris Rock and so much more!