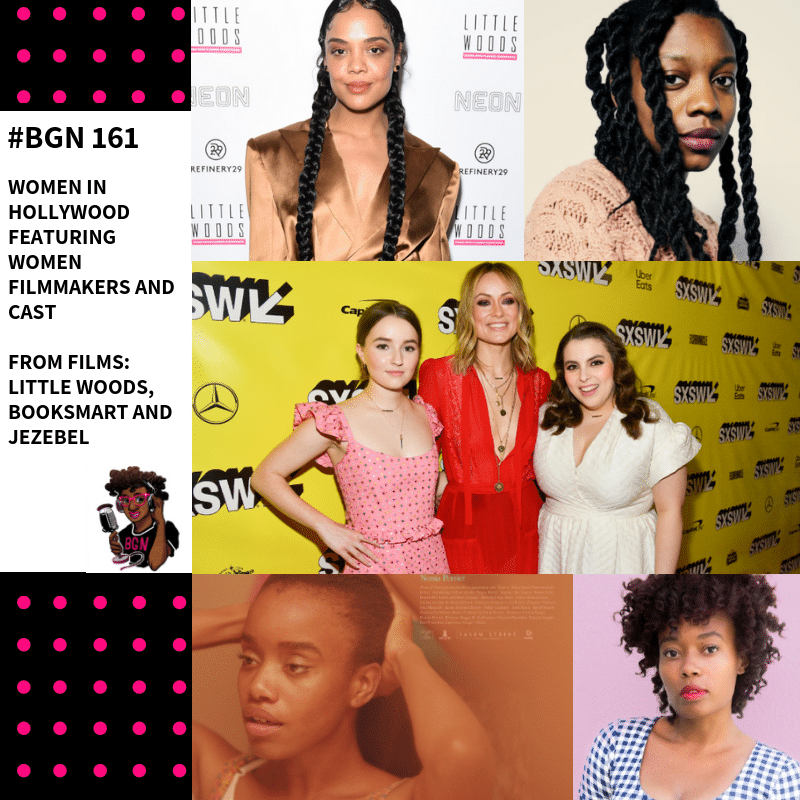 This star-studded podcast episode features films made by women directors!

Segment 1: BGN chats with Tessa Thompson and filmmaker Nia DaCosta about the new film Little Woods. In North Dakota, two estranged sisters are driven to extremes when their mother dies, leaving them with one week to pay back her mortgage. The film premieres in theaters April 19th.

Segment 2: BGN chats with filmmaker Oliva Wilde and the cast of Booksmart. On the eve of their graduation, two overachieving high school seniors realize that they should have worked less and played more. Determined not to fall short of their peers, the girls try to cram four years of fun into one night. The segment features Kailyn Dever, Beanie Feldstein, Bollie Lourd, and writer Katie Silberman. Booksmart arrives in theaters May 24th.

Segment 3: BGN chats with the filmmaker Numa Perrier and actress Tiffany Tenille about the film Jezebel. In the last days of her mother’s life, 19-year-old Tiffany crashes with five family members in a Las Vegas studio apartment. In order to make ends meet, her older sister, a phone sex operator, introduces her to the world of internet fetish cam girls. The film made its premiere at SXSW.