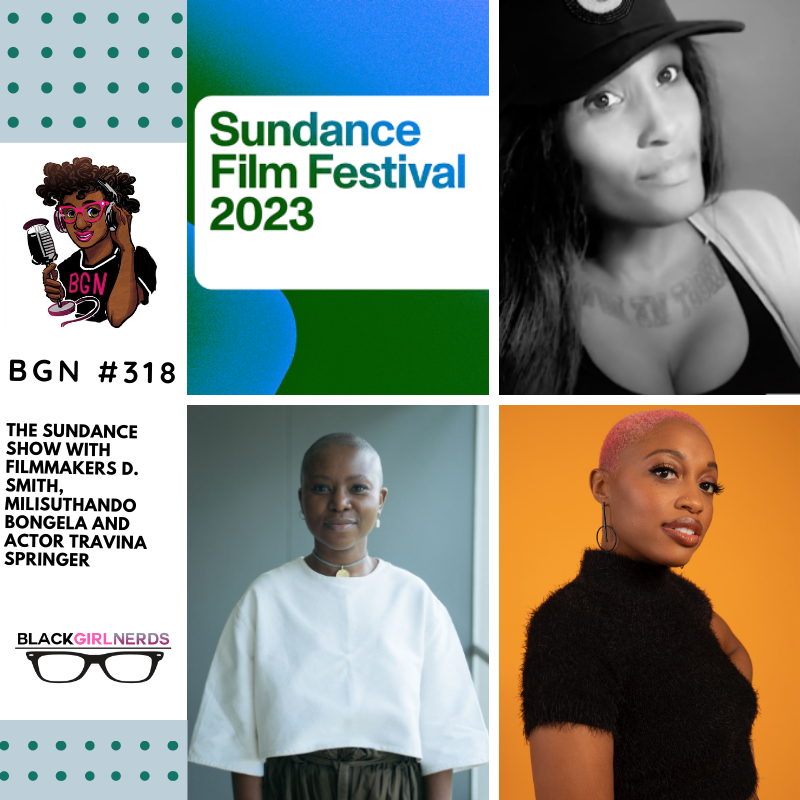 In this week’s episode of the Black Girl Nerds podcast we’re celebrating the films coming out of the 2023 Sundance Film Festival!  Featured in this episode are filmmakers D. Smith of Kokomo City, Milisuthando Bongela of Milisuthando and actor Travina Springer of To Live and Die and Live.

The 2023 Festival is January 19–29, 2023, in person in Park City, Salt Lake City, and the Sundance Resort, along with a selection of films available online across the country January 24–29.

Segment 1: D. Smith is the director of Kokomo City, a film about four Black transgender sex workers explore the dichotomy between the Black community and themselves while confronting issues long avoided.

Segment 3: Travina Springer stars in To Live and Die and Live a story of a man who returns home to Detroit to bury his stepfather and is thrust into settling his accounts, but Muhammad’s struggles with depression and addiction may finish him before he finishes the task.