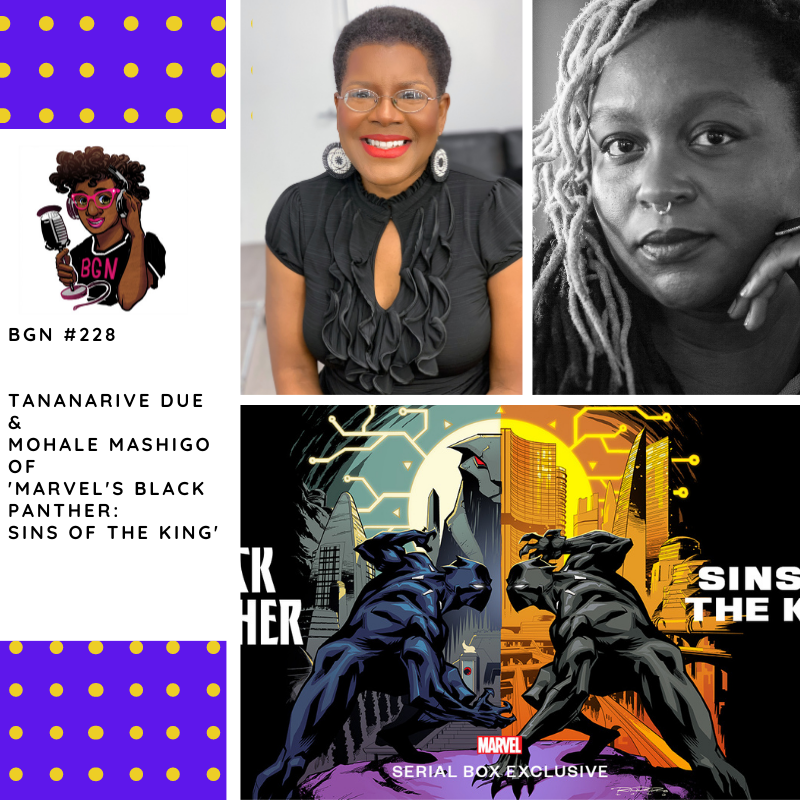 In this episode of the BGN Podcast we speak with writers Tananarive Due and Mohale Mashigo about their work on the new comic series Marvel’s Black Panther: Sins of the King.

NAACP Image Award winner Tananarive Due (My Soul to Keep, The Good House) and award-winning South African author Mohale Mashigo are a part of a magnificent team of writers on the comic Marvel’s Black Panther: Sins of the King.

Marvel’s Black Panther: Sins of the King follows as an army of undead threatens Wakanda, and the Black Panther turns to his long-lost father in the fight against his most lethal opponent yet—the demons of his past.

Review: ‘Horror Noire’ is a Brilliant and Definitive Documentary about the History of Black Horror