I remember it like it was yesterday, E3 2015. Bethesda blew our collective minds during their conference with a surprise Fallout 4 announcement, copious gameplay footage, and a drop date set for the same year.

Then, like a felled warrior dosed with Phoenix Down, the Sony conference soared into life with a Final Fantasy VII Remake announcement that had so many of us shaking and crying. I’m sure other things happened at E3 that year but damned if I can remember any of it.

Now, Square Enix takes years upon years between announcement a title and dropping it, but still you honestly couldn’t tell FF fans a damn thing on that day. It is the 2nd highest selling PlayStation game of all time. And it opened my eyes to what video games could be.

With E3 2017 not too far away, I find myself curious about what’s been going on in the world according to Avalanche. 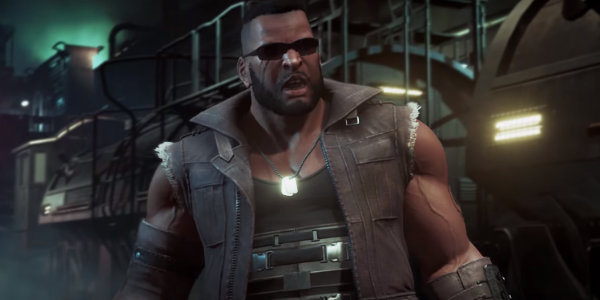 Last week, game director Tetsuya Nomura shared some screenshots of the game at Monaco Anime Game International Conference. Combat is obviously updated to embody a more action oriented battle system like modern games, including everything from Final Fantasy 12 until now. I can honestly say I will not miss the turn based combat of yore.

The Guard Scorpion looks like an even more formidable foe in the second #FFVII Remake screenshot shown for the first time at @MagicMonaco pic.twitter.com/GWaSIm5Cng

Looks like Cloud has been spotted in this new #FFVII Remake screenshot Tetsuya Nomura revealed at @MagicMonaco pic.twitter.com/luANpLTUDI

While there is no release date anywhere in sight, producer Yoshinori Kitase told Japanese gaming magazine, Dengeki PlayStation that the voice acting was almost complete. Of course he is referring to the Japanese voice acting–and while a much younger me enjoyed the bizarre word jambalaya that was the original’s English translation, I’m looking forward to a much more comprehensible experience this time around. It’s going to be great hearing the taciturn Cloud speak, something he’s done in subsequent offshoot FF7 properties but not in the original game. Yes kids, back in my day we had to press the X button hundreds of times and read screen after screen while we got our RPG fix.

Final Fantasy is celebrating its 30th year dazzling and delighting imaginations the world over. The latest installment, Final Fantasy XV was showered with –among other accolades–Game of the Year and Best RPG awards from entities such as GameFAQs and IGN. Its photo-realistic food items whet appetites all over the internet.

Are you excited for the remake? Are you a fan of the original? Do you think they should have left well enough alone? What’s your favorite Final Fantasy? Leave your answers in the comments.

In fact, I’ll start: Yes! Yes! Ready for the update! FF8 (That opening cinematic that goes directly into the game is unfuckwitable!)