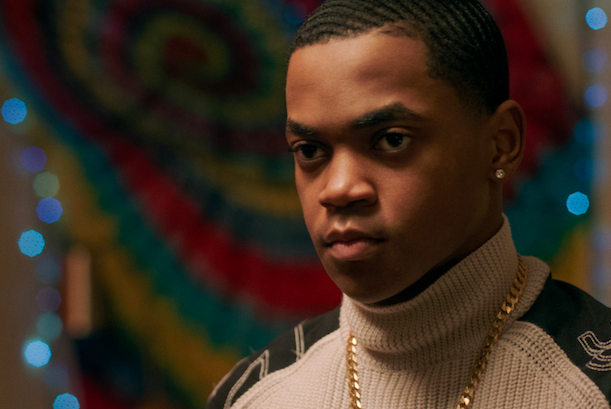 I’ll admit I was a bit skeptical about a spin-off of Power starring Tariq St. Patrick’s character. Don’t get me wrong. Michael Rainey Jr. is an amazing actor but his character on the series is problematic, to say the least.

The season finale of the initial series, Power,  first ended with a huge cliffhanger, begging the question of who killed Ghost? Then in an epic turn of events, Curtis Jackson blesses his final season of Power with the extended ending showing Tariq murdering his own father. Following James’s murder, his family goes to hear his will. To their surprise, Ghost leaves nothing to his estranged wife Tasha and ironically almost everything to his son Tariq, with one condition: he must complete a four-year degree with a minimum GPA of 3.5. The surprises don’t stop there. Tasha ends up in jail over James’s murder, and Tariq sets up Tommy with the Italians. These surprising yet perfectly rational turns of events make for an intriguing set up toward Jackson’s spin-off.

First, let me just say well done Curtis Jackson! You most certainly have another great hit on your hands. Watching this premiere made me feel like I was sitting down with all of the executives in the boardroom while they dissected every part of the initial series deliberating which best parts to highlight. A large contributing factor to Power’s success was that James St. Patrick’s first impression on the audience was one of charm, intelligence, and ambition. His character made the audience fall in love with him, like an unforgettable first date. What makes this spin-off so genius, thanks to the business mogul 50 Cent, is that he and his team knew that although they were past the first impression stage with Tariq’s character, they used almost the exact same tactics to invite the audience in to fall for him again.

Jackson and his team played off of Tariq’s already bright, intelligent, and protective nature to overshadow his shortcomings in the initial series. Tariq St. Patrick in Book I was a dumb kid who got in way over his head. Tariq was very book smart and still is in Book II, but now we all get to see the transition from Tariq’s boyish and life-threatening stupidity through his journey to maturing into the business-oriented yet street-savvy individual his father was. However, for Tariq’s sake, it is hoped that this is not the road he ends up on because it’s not only too obvious but also a bit corny.

On the flip side, the most intriguing parts of this spin-off feed into a completely new demographic that Book I did not aim for. The first scene begins with Tariq suiting up, just like Book I, with James St. Patrick, except this time instead of beginning a new chapter in business, Tariq is beginning his freshman year at Stansfield College. This changes the game in so many ways. Although Tariq still has his hands in the game his father started, he’s now intertwined with the trials of college at a very real cost.

Curtis Jackson may be speaking to this new demographic because he already has a more mature audience hooked and doesn’t wish to leave money on the table. However, if there’s anything the current climate of our nation has shown us, it’s that the new generations are the voice of the people. This is precisely the reason behind Jackson’s aim toward college students this time around. This way, Jackson can speak to the politics we face every day while illustrating in the same sense how James got from Jamie to Ghost in light of his son.

A few things I couldn’t appreciate about this spin-off are the not-so-subtle nods they made to illustrate Tariq’s likeness to his father Ghost. From Tariq’s lack of social media presence to his charming yet player-like affections with the ladies, and of course Tariq’s own acknowledgment of this fact to Ghost before he shoots him. It’s all too obnoxious and comes off forced. Then there are the obvious subtractions from the series: Andre Coleman (Rotimi) and Tommy Eagan (Joseph Sikora). I know I’m not alone in stating that Tommy was my favorite character, so when I didn’t see him in this spin-off, I was hurt. However, there’s still hope for Tommy’s character. Unlike Andre’s character, Tommy has yet to have been confirmed dead.

Finally, Tasha (Naturi Naughton) has also changed. Her character in the initial series was not only intelligent, but she was a boss in her own light. Aside from mastering motherhood with a drug-dealing husband, she ran the books, covered up murders, and dealt with legal business, all while making sure a home-cooked meal was on the table. Of course in the final two seasons leading up to her demise, her character does get messy. Considering all she’s been through that was the least we could expect. However in this new book of Power, Tasha is scared, her decisions are no longer calculated, and she’s spinning out. It’s like they’re trying to write her out of the show, but not before writing some new faces in.

Apart from adapting Tariq’s character to the lead, Jackson and his team also rope in some A-List celebrities whose acting presence is constantly underestimated: Mary J. Blige (as Monet the “Queen-Pin”), Method Man (as Davis Maclean), and Paige Hurd (as Lauren). All of which adds to the genius of this show while not only retaining Power’s current audience but also attracting new fans to the show from a younger and older demographic.

All in all, this was a fun premiere to watch, and I can’t wait to see how it unfolds. Tune in Sunday at 8 pm EST on STARZ.