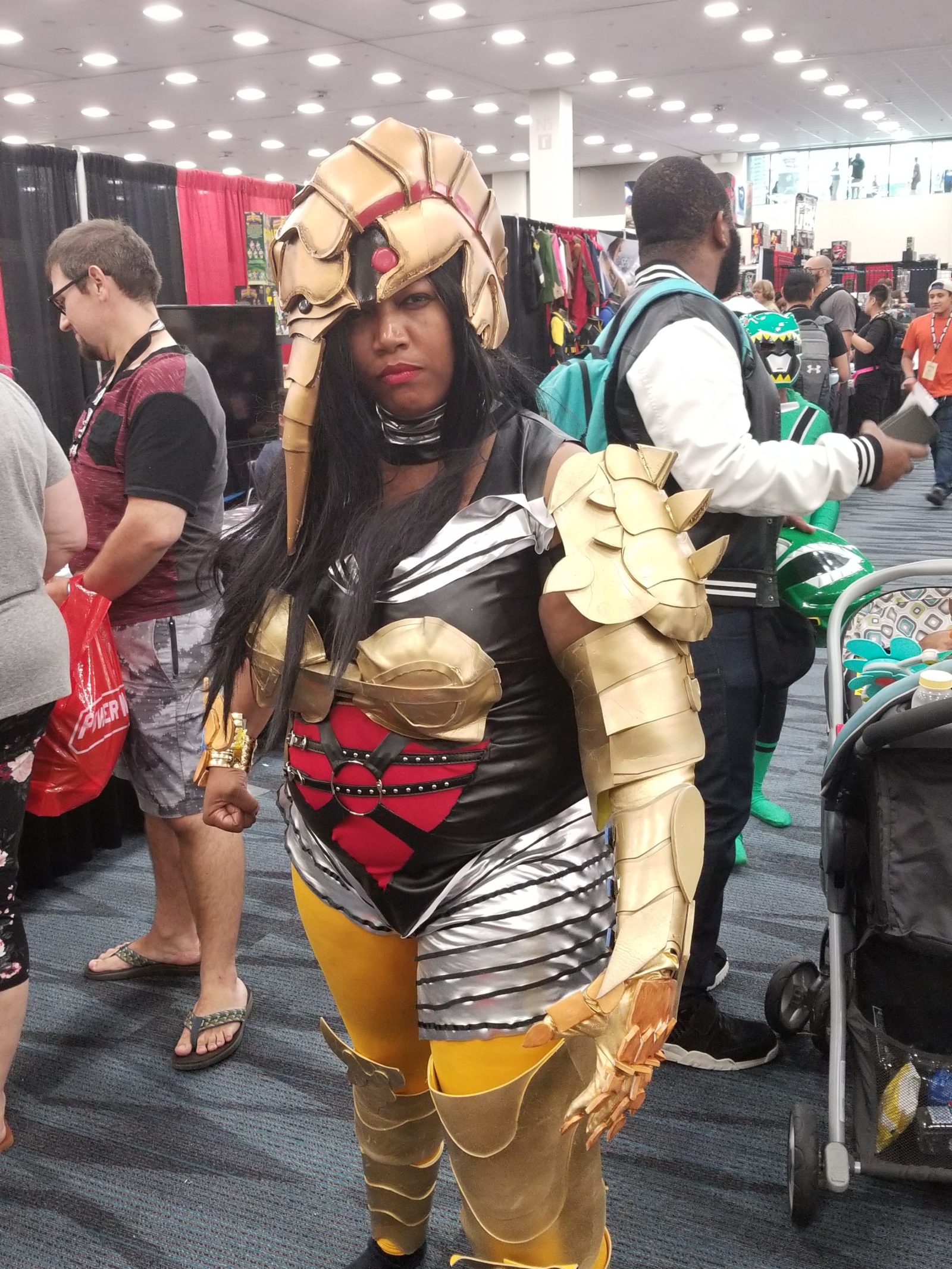 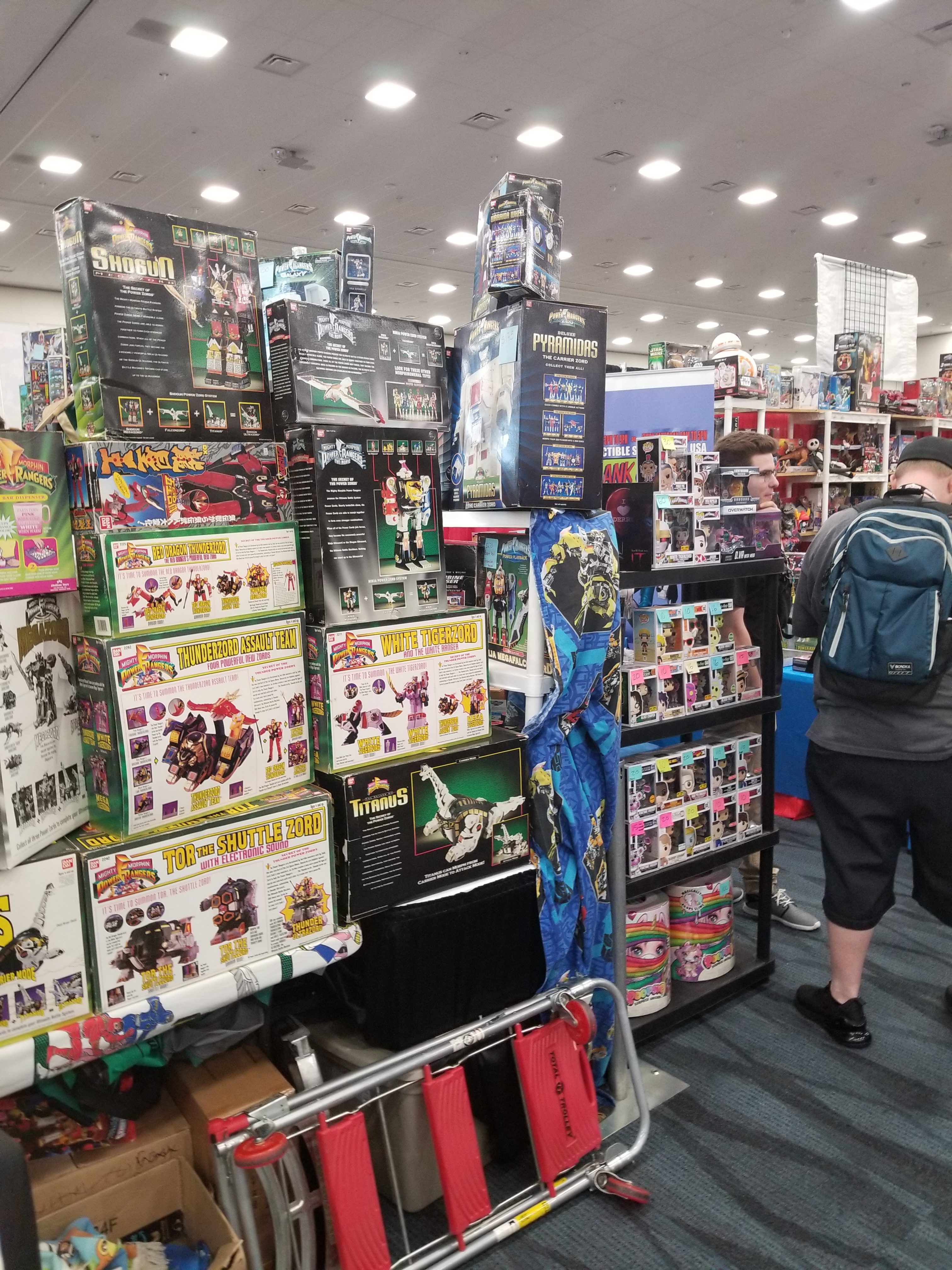 We came, we saw, we morphed at Southern California’s Official Power Morphicon 2018! This year I got to add a new con into my rotation and that is always exciting. Conventions are sort of my thing. I wanted to come and focus on the rangers of color and what their representation means to ranger fans, but the longer I hung out the more I just wanted to tell you guys just how awesome it was just being there, so here it goes! Hang on to your morphers!

The official Power Morphicon is a bi-yearly con. This year it was hosted at the fabulous Anaheim convention center, which is a familiar place for us So Cal nerds on the con scene. This is the same venue where Wondercon is hosted. Now let’s get into the good, the bad, and the ugly of The Official Power Morphicon. 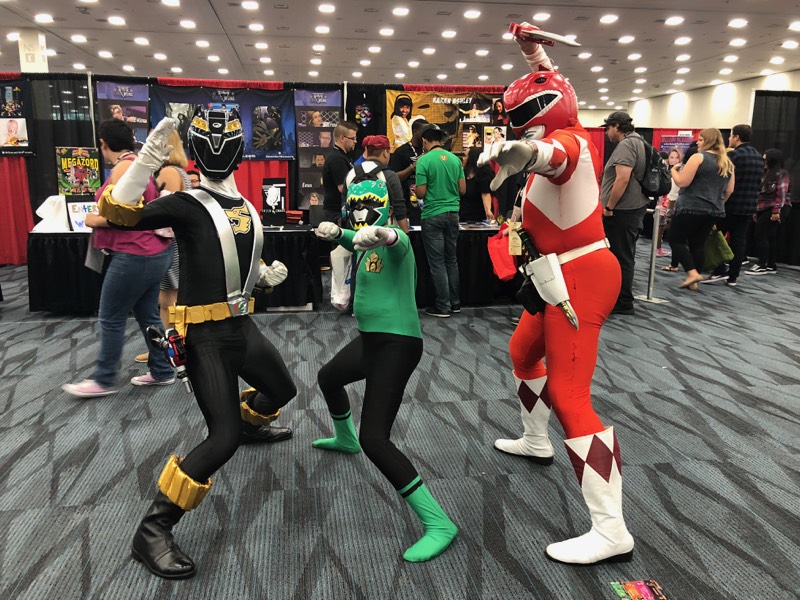 Let’s begin at the beginning; talk about Power Rangers! They were everywhere! You turn left, you turn right, and there they are! The Power Rangers were in full force. There were Rangers from nearly every iteration of the show. There was a rainbow of Ranger helmets up and down the aisles, and everyone was so approachable! These actors were truly there for their fan base. Most were not charging the types of prices I am used to seeing for autographs and photos at their booths. In fact, if you just wanted to walk up and say ‘hi’ or chat up your favorite ranger, that was totally a thing. The guys and gals of the franchise were super cool and down to earth.

To me what sets Official Power Morphicon apart was the representation found in the crowd. I have NEVER seen more persons with disabilities in one convention before. This includes both people with physical and intellectual disabilities; It was impressive! I noticed this mainly because I came with an intellectually disabled guest of my own; my 14-year-old nephew who just happens to be autistic with Asperger’s. I find that I usually have to explain away and apologize for his lack of understanding our social cues because it often makes others uncomfortable. Here, my guy was right at home. There were several people there just like him, and others of varying types of ability. It was kind of cool. I loved that the aisled at this convention were deep and wide enough to be accessible for those in wheelchairs to be going down each side of the aisle simultaneously! That, I do not see often. 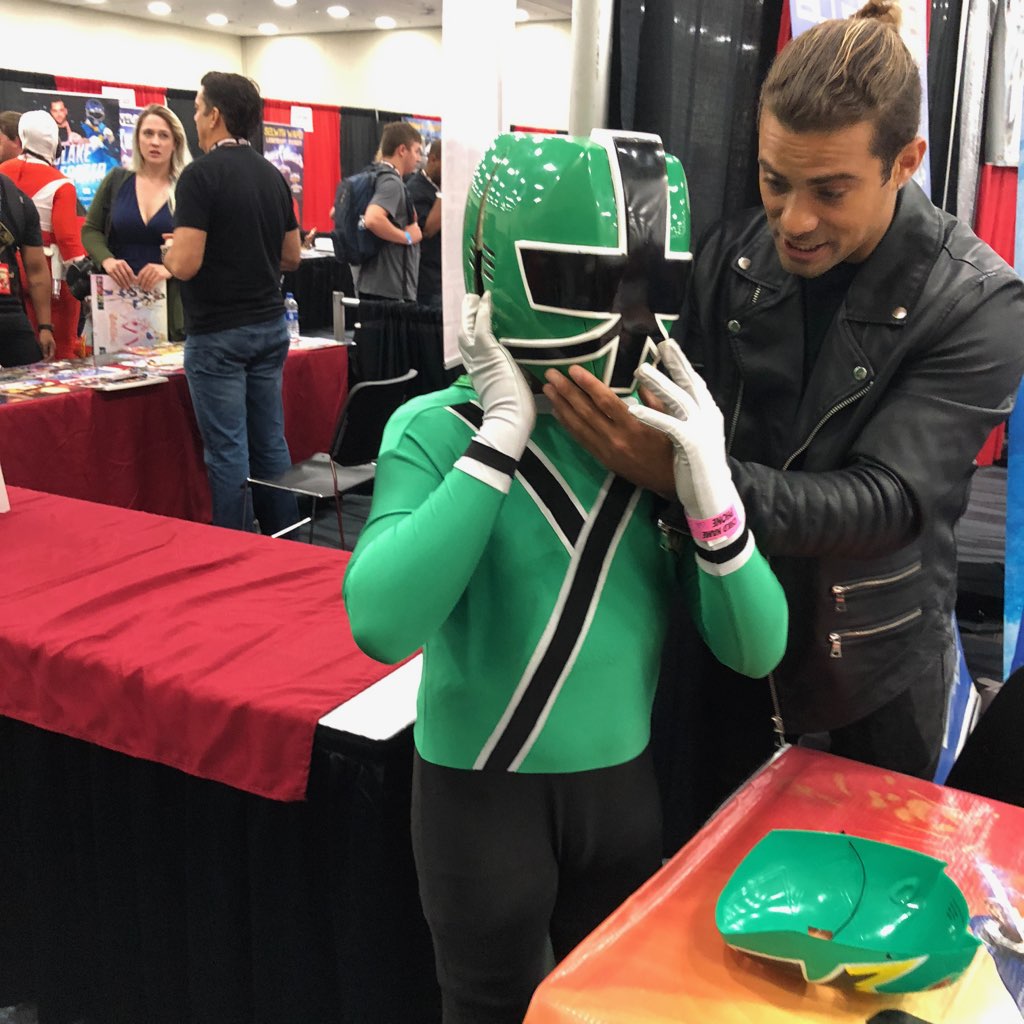 Further, the actors/rangers themselves were all super helpful in adjusting to give these fans access. I saw rangers coming out from behind booths to greet wheelchair-bound fans, allowing some fans inside their booths to give them a chance to take a picture or get an autograph in the least restrictive or limiting environments. On a personal note, I have to give shout outs to all of the many rangers who sat and listened to my nephew tell them every little detail about the lives and backgrounds of their characters, and for some, themselves.

It is common for autistic children to fixate on certain things, my nephew awesomely chose the Power Rangers and thus can name every character, the actor that plays them, and their character arc in detail. The celebs at this con were amazing at listening and engaging him in these conversations. When I tried to redirect him, as I often have to at other events, most stopped me and said it was okay. They were totally cool with this. If only more celebs were this amazing! 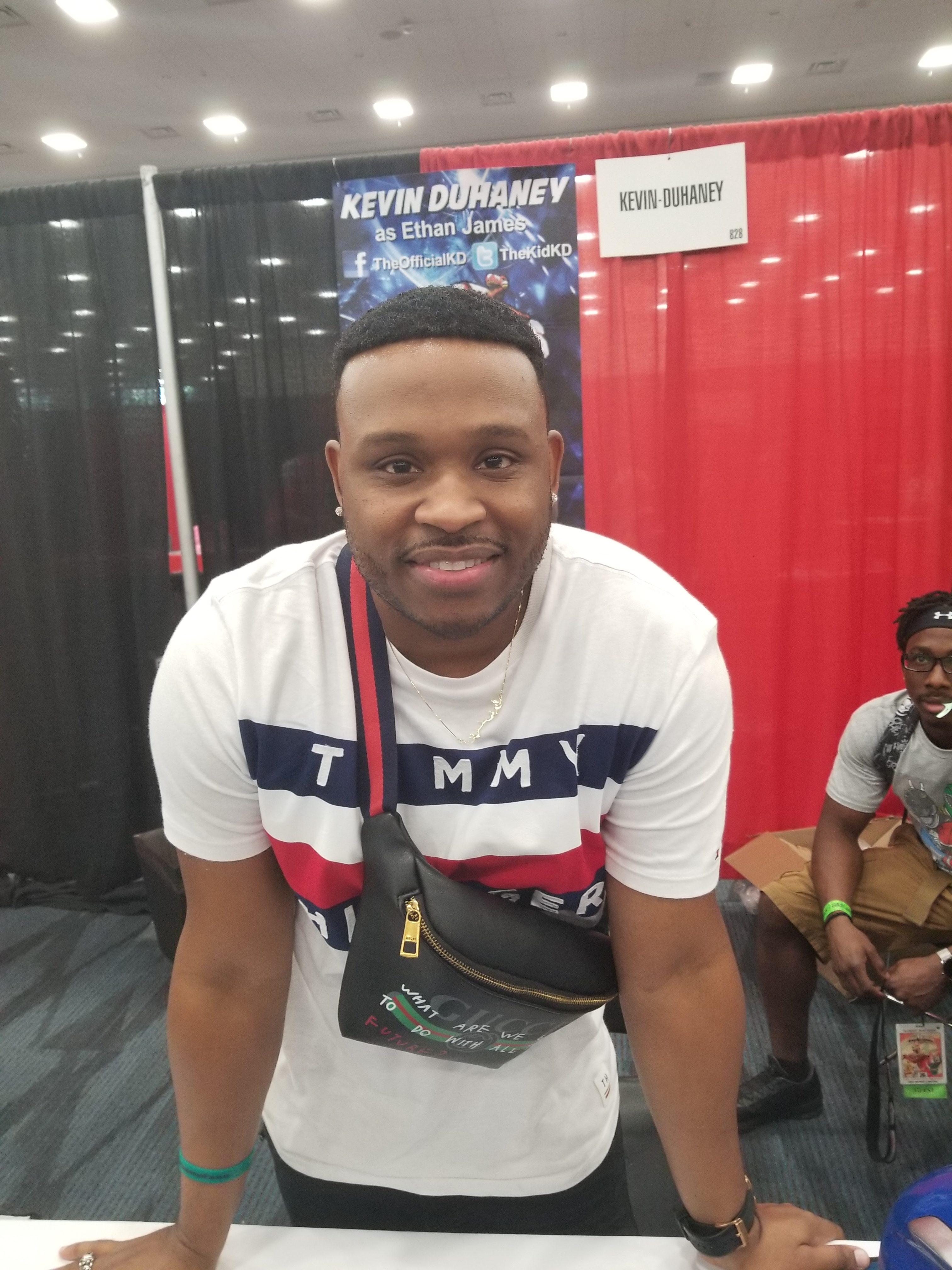 Speaking of celebs, can I just point out the snack bar that was the power Rangers aisle. I don’t know how it is that I never noticed just how utterly attractive so many of the rangers were. There were snacks in every flavor: milk chocolate, dark cocoa, vanilla, and caramel cream (yeah, I’m looking at you Hector David Jr). I was kind of astounded! The men and women of the Rangers franchise need to make a calendar and call it “12 months of turning your childhood into a thirst trap”; I’d buy it. 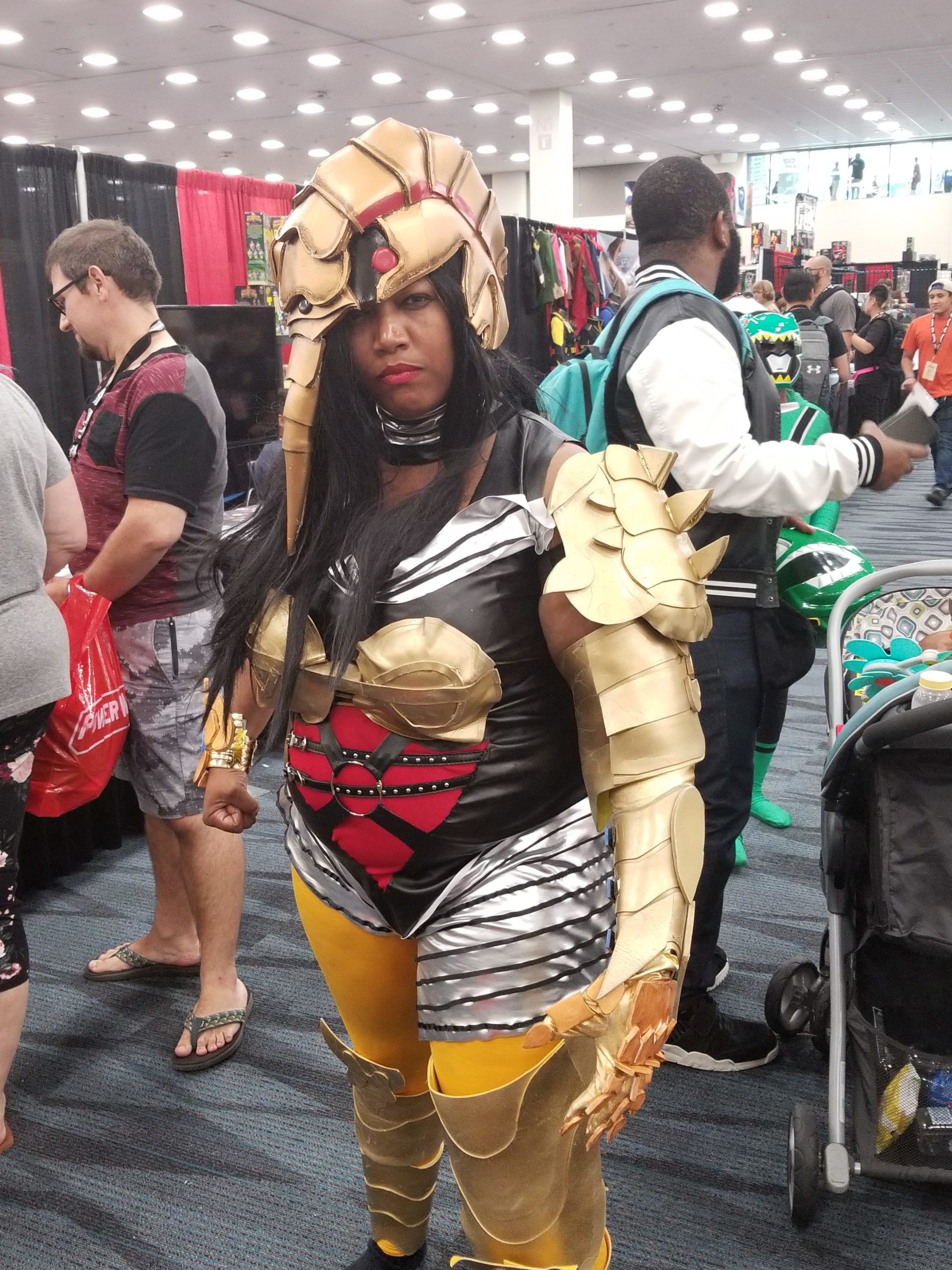 As one might expect, Power Morphicon is a small convention. There were 3 or 4 aisles lined with Rangers and twice as many with vendors, but that was about it. Do not let the size of this con fool you, there was something for everyone. There was one large panel room where all panels and discussions took place for people like me who are all about the panels. There were PLENTY OF VENDORS for those who came to spend those power coins like they are going out of style. The one downside is that there was nearly no signal available and thus many vendors were cash only. The line at the ATM was the 2nd longest line in the place. The longest was obviously the line to see the one and only Green Ranger; Jason David Frank (Dr. Tommy Oliver for the uninitiated). Food offerings were phenomenal, especially in comparison to larger conventions. There were 3 food trucks right outside the door, not to mention food carts in the lobby with tasty and healthy options. I was impressed!

The long and short of it is this: Power Morphicon is a small con that packs a big punch. Much like the franchise itself, Miss Khan was a little cheesy, a little campy, totally covered in ridiculous amounts of spandex, but a hundred percent morphinominal! So here’s to us Power Rangers Fan, may we meet again in 2 years when I communicating once again. Until then, may the power protect you.

V Smith is an English teacher in sunny Southern California meaning she considers In-N-Out manna from heaven. Her Bachelor and Master degree focuses were both on English Literature and composition. While well versed in the deconstruction of classic literature, V mostly enjoys escaping into the world of fantasy via comics and her favorite nerdy obsessions. Her current fandoms include being a Whovian (River is her doctor), A Ringer (Samwise Gamgee is the Hero), DC TV (Legends > Arrow), Marvel movies, and all things African American Speculative Fiction. You can always find V on Twitter and the So Cal Con scene doing a little amateur cosplay.