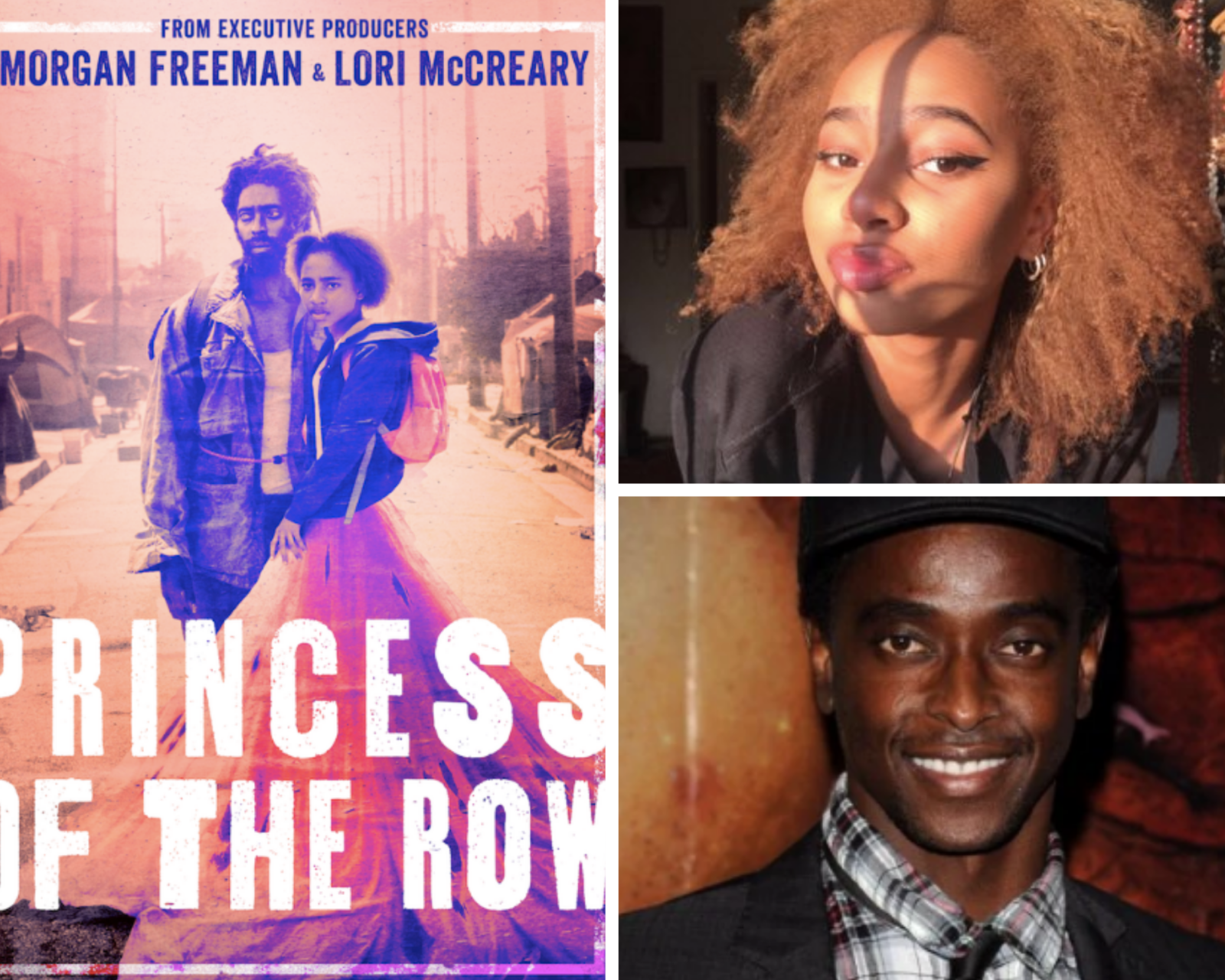 After Sergeant Beaumont “Bo” Willis is injured in the line of duty, he becomes homeless and finds himself in the streets of Los Angeles’s Skid Row. Despite his traumatic brain injury and severe PTSD, young Alicia is determined to care for her father, a homeless veteran, while also facing issues in her own life. Alicia, a ward of the state, battles abuse in the foster system, lack of resources, the unwillingness to separate, and her own need to be cared for as a child.

This drama tackles countless life lessons for not only the characters but the audience. Gathegi and Buck discuss with BGN the emotional complexities and underlying meanings beneath the surface of what is presented to viewers.

Can you tell us a little bit about the characters you play (both Alicia and Bo)?

Gathegi: Bo is a homeless veteran living on Skid Row who has lost everything in his life that has value, including his last surviving family member, his daughter, played by Tayler Buck. He is struggling with a myriad of issues, of PTSD, being in the war, traumatic brain injury, and homelessness. So he’s got a full plate of trauma and drama.

Buck: Alicia is a 12-year-old girl. She loves to write. She is so passionate and determined and independent. She most of all loves her father and wants nothing more than to be with him, just to live with him and take care of him. She’s in the foster care system. Going back and forth between families, she doesn’t get to be with her father as much as she would like. This is her journey of how far she will go to be with her father.

How did you prepare for roles that required such emotional complexity, especially when it came down to the character’s mannerisms?

Buck: Luckily for me, I was 13 at the time. I related pretty closely to Alicia, especially in the aspects of her character and who she is. Like I said before, she’s very passionate, independent, and determined. I think I’m the same way. Luckily I had Shawn and Max to help me dive deeper into the character, create her background story, and figure out how she would act and how she would talk and what lengths she would go to reach her goals and get what she wants.

Gathegi: The character Bo is dealing with multiple issues, so that took a lot of research and homework to gain an understanding of what he’s struggling with and how all of those things would manifest themselves. So I read books, I watched documentaries, I went to Skid Row and had conversations with people who were dealing with various issues. We had a Skid Row liaison named Gerald Hall, who was our all-star because he was actually living on Skid Row at the time. He is actually a veteran. Our film is not a biopic; it’s not about him. It is just about these real people who society has turned their back on. He allowed us to have a relationship with the residents of Skid Row so we were safe. Skid Row is a very unsafe environment to find yourself in. It has one of the highest concentrations of violent crimes on the West Coast. We were very lucky to have him. My preparation was learning as much as I could about all of these subjects including, dementia and amnesia, traumatic brain injuries, and just all the ways brain diseases would affect behavior, and then letting all of that go and just trying to connect with Alicia.

Many people disregard human life on Skid Row daily and tend to view the homeless as less than equal. Were there any challenges when it came to portraying the realities of life on Skid Row, while at the same time ensuring your audience would not only gain an understanding but develop human compassion towards the homeless?

Gathegi: That was the intention. It has always been my intention, and that’s the purpose of this entire film. It is to give a front-row seat view into the humanity of Skid Row. It is a very human natural instinct to turn your back on something that is not appealing to your eye, and we are all guilty of that. So this film was in a way a form of activism. It was a form of awareness to say, “Before you do that next time, think twice because there is a story behind these individuals and it’s a story that might not be too far away from your own story.” Right now we’re living in an age of a global pandemic, where the people getting displaced from their homes who can’t afford rent will be increasing at unprecedented levels. There are so many more people who are one step away from finding themselves without housing. Los Angeles needs about half a million housing units to take care of the housing issue. So these are real things that are happening in our society a mile away from where I live in Los Angeles. This film was a way to bring awareness and crack open an audience member’s heart for these issues.

I love the fact that Princess of the Row incorporated two important topics: the foster care system and homelessness. What would you want your viewers to better understand about these two life topics after watching the film and hearing Alicia and her father Bo’s story?

Gathegi: I would love for the audience to understand that these are issues that are paramount in society. The issue of homelessness is an issue on local levels, national levels, global levels. The foster care system in Los Angeles is completely broken. I think the statistics are staggering. Foster care girls are 2½ more times likely to get pregnant underage and 70% of the prison population has been through the foster care system. The general population will graduate high school at 83%, as opposed to someone who has been through the foster care system is only 54%. So there’s definitely a thread that connects all of that. The foster care system needs a lot more support and we need awareness so people can start contributing in whatever activist way makes sense for them. Whether it’s a donation, whether it’s volunteering, whether it’s getting involved at a civic level, these are real societal issues that have been around for maybe since the beginning of time and maybe they will never go away. My hope for this movie is to affect one person at a time.

Buck: Exactly what Edi said. I think we as a society look down on homeless people. We think of them as less-than people, and we dehumanize them. I think after watching this movie at the very least you’d start to look at homeless people as human. Become aware of everything that can happen in homelessness and in foster care and figure out what we can do to help, what steps we can take to make a difference.

What was the experience like to be part of a film centered around such emotional and heavy-hearted issues?

Buck: I was in tears filming it. It was such a great experience. I was 13 at the time, and it was my first drama movie. I was really excited to take on Alicia and bring her character to life. I think we as a whole, cast and crew, everyone, poured our whole souls into this project and just put everything we could into it. I’m so proud of the project, and I’m so proud of everyone who took part in it.

Which scenes or portions of the film excite you the most for viewers to see?

I think that anyone who watches this film can say that it is a heartfelt story — a story that leaves the viewer thinking and reflecting after watching. What is one major takeaway you want viewers to remember after watching this film?

Princess of the Row is now available in select theaters, digital platforms, and video on demand.