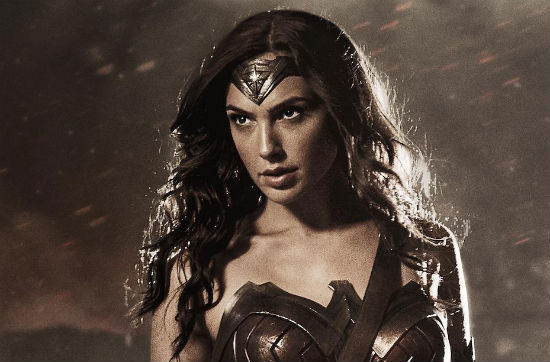 Spoilers ahead. You’ve been warned.

Full disclosure: I enjoyed Wonder Woman. I’ve also grown up in the racist shitstorm that is Amerikkka so white supremacy is the air I breathe, the food I eat, the water in which I bathe, and the bed upon which I sleep. It’s so entrenched in my life that I do white supremacist shit and have to constantly check myself about it. So it’s pretty natural for me to watch something with shitty messaging and not completely reject everything about it. Being a Black woman who is constantly told she doesn’t matter kinda trains you to parse things out of necessity.

It is my ability to parse that allowed me to enjoy the movie despite there being a moment where the movie breaks for me. It was when, during her struggle with Ares, Diana was faced with the choice of giving in to her rage and destroying humanity or choosing love and hope. Now, that choice isn’t a problem for me; I think we make that choice multiple times every day of our lives.

My issue is with whose life was spared to initiate that change – Dr. Poison.

Dr. Poison, played by Elena Anaya, is a character who took joy in her work. She loved making lethal concoctions and testing them on people. She had no issue with murder and often seemed to take a perverse pleasure in ensuring the deaths of those she experimented upon. Dr. Poison had no conscious. She knew her creations would murder hundreds, if not thousands, of people. She exhibited no remorse.

Dr. Poison was a sociopathic murderer who needed to die. Instead, the preservation of her life was the pivotal moment for Diana to choose to save humanity rather than destroy them, regardless of how deserving they are. This choice sends the message that to forgive the worst of us, to love the ugliest of us is what makes us good people.

There is a problem with showing the active decision to spare a cruel killer. For that killer to be a white woman, the most underestimated agent of racism, is white supremacist propaganda. It begs the question asked by Kinitra Brooks, “what Becky gotta do to get murked?” Seriously.

How the fuck did the writers, director, and producer decide that sparing the life of a ruthless murderer, a white woman, was a good idea? How does this cruel mass killer get a second chance from Diana? Why would anyone support that type of message?

I will give one possible pass. Perhaps Diana didn’t know who Dr. Poison was. But she recognized General Ludendorff was so I’m guessing she had enough intel to know who the main players were. This brings us back to her decision to spare the evil white woman and protect her from her choices. I ask again, why?

The toxic white feminism this choice represented probably wasn’t intentional, but the decision to save Dr. Poison was. They didn’t have to do it this way. We could have seen Dr. Poison escape during the fighting. She could have crept away under the guise of night. There was no need for Diana to confront Dr. Poison and choose to save her. That act is an insidious choice made by the people behind the scenes.

The reason this stands out so sharply for me is because of how often we, Black people and POCs, are encouraged to be lenient when white women’s transgressions are revealed. How we are conditioned to look at white women as above wrongdoing when we have clear examples of them actively participating in racist acts that can and have led to Black people’s, Black children’s deaths.

We’ve seen articles trying to explain/justify white women’s support of that Cheeto in the oval office. I’ve seen articles painting his wife as a victim of him instead of an active participant in their relationship. White women are shielded from the consequences of their racism and when there aren’t any heroes there to shield them, they shed their white tears.

It is this constant picture of white women being deserving of special consideration and extra protection that makes Diana’s choice to let Dr. Poison live irresponsible. Especially as it was a plot device used to define Diana’s “goodness.” Forgiveness is not a tool that demonstrates one’s inherent goodness; it’s a tool to keep monsters unchecked. In this case, it was used to empower Diana and that is a very dangerous, subversive message to send.

We live in a world with many monsters. They look like our world leaders, police, teachers, and families. And our society protects them, much to our collective detriment. We live in a society where people believe their own lies and cannot recognize the rot within themselves. Watching Wonder Woman tell herself that sparing the life of a heinous murderer made her a good person was the reinforcement of all the lies this country tells itself to feel like heroes instead of violent, racist, mass murdering colonizers.

I did enjoy Wonder Woman. I liked the action and it was good to see a woman live the life she chose despite the men around her trying to control her actions. And yes, there were issues with inclusion and representation, as well as how it shrugged off indigenous genocide.

But for me, the stand-out message will always be how Wonder Woman protected Becky despite Becky’s malevolence.