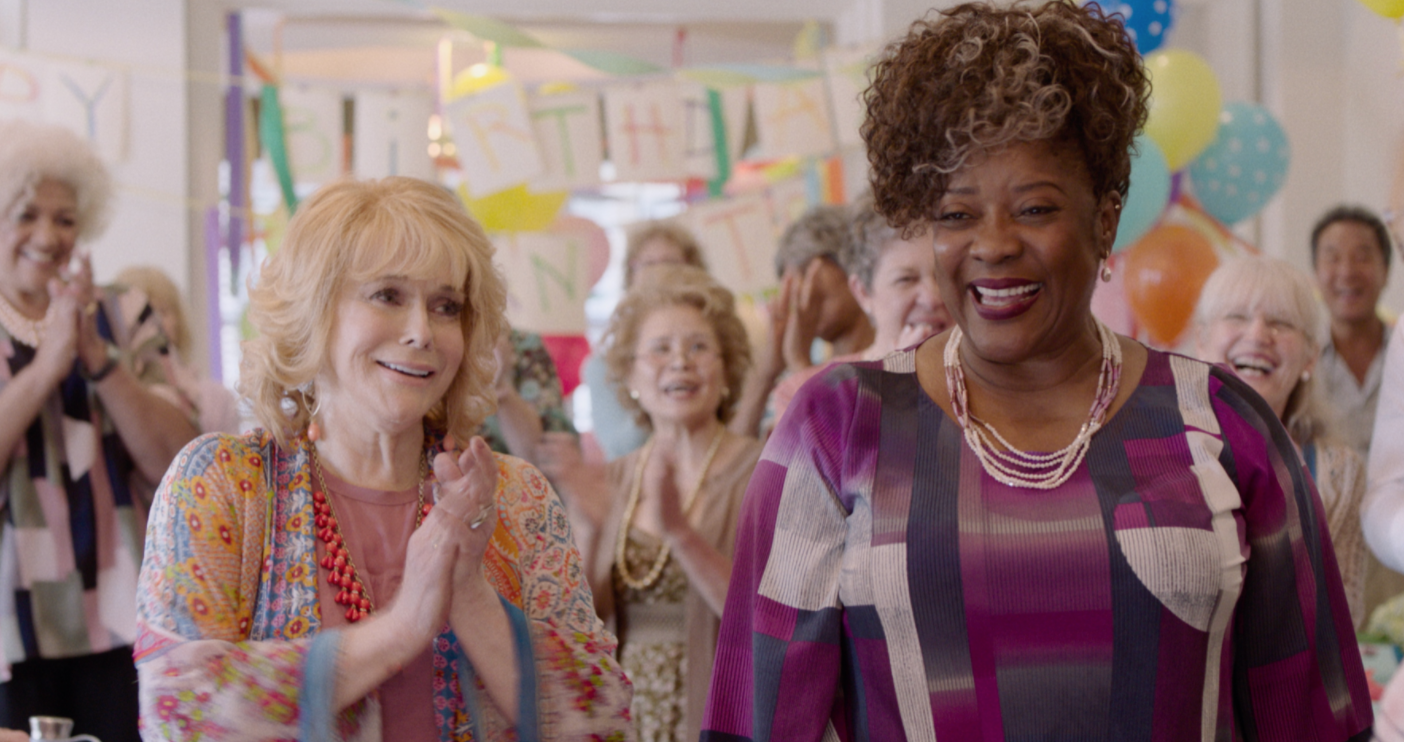 Loretta Devine laughs when I try to delicately mention money in my first question to her, but after explanations, we proceed. And while Ann-Margret has been described many ways during her time in Hollywood — from sex symbol to sex kitten — with a just a few humble words she makes it clear that those are descriptions used by others.

Both actresses were eager to talk about Queen Bees (out this week with Devine, Margret, Ellen Burstyn, SNL alumna Jane Curtin, Christopher Lloyd, and James Caan) and spending time together in Atlanta between working on the set.

Besides the financial, what was the deciding factor in doing this movie?

It was a chance to work and of course, the incredible cast. We did this in 2018. I love the character that I got a chance to play, Sally.

What is your advice for women who find themselves [living in retirement homes] as your character in the movie as they get older?

The thing that [the story is] trying to say is that it’s never too late for the life that you are living. My character was worried about her cancer coming back and worried about dying but it all turned out to be whatever it’s gonna be because we all have to end up dying at some point. But she was ready to meet a variety of new people as a result of going to this retirement home.

This was shot at a real retirement home and a lot of the people that were in the movie were living there so we got a chance to hear their experiences. I don’t know if I would want to end up there but I think it’s a better choice than being alone.

Tell us about your character.

My character is one of the three or four women in a clique that have this power but as you go, you find that they are not really bad people. They are just people that feel like they are at the end of their lives and have decided to make certain decisions.

We are Queen “B”s, and the B is not for Baptist. We decided that we were running the home; like who could play bridge with us and who could sit at our table.

My character is very loving in many ways even though she is one of the Queen Bees, and she meets a new friend who changes her perspective on life.  and I think they become friends forever by the end of the movie.

You and Ann-Margret spent some down time together?

I had so much fun with Ann-Margret. I had a girl crush on her. I was so happy to be able to meet someone you idolized all your life or you’ve had this sense of grandeur about and then they turn out to be — their personality is so much like you’ve imagined.

We went on a couple of shopping trips; she took me to Nordstrom, I took her to Ross. She couldn’t believe pants were $14 and why was I in there in the first place? I told her old habits are hard to break!

What was funny was I knew we were going to have to go up the hill and cross the highway to get to Ross and she had on high heels so it was a hoot. And [the cast] had to cross the freeway to get to the restaurant to eat in the evenings.

So we did a lot of things together. We had a really good time. You never forget all those moments that you’ve had with people. I’ve done so many movies with so many people who are gone now, and you think back on some of the things you’ve done together. Like Mary Wilson. I was devastated because I’d done Dreamgirls with her and I did a show with Ruby Dee. So this movie is one of those things I won’t forget. It’s something I can hold onto forever.

Looking back, what have you learned about this industry that you didn’t know before?

Things are changing at a rapid rate with the internet and streaming. There are these added channels. Now there are so many chances for more people. They don’t get residuals like I did when I got my first show. Those checks really helped. Now you have to get that money up front. The unions have not learned how to control that kind of thing, but I just learned that you have to keep going.

What made you want to take this role?

I wanted to do this role because I don’t know of another film going on right now that talks about taking chances, meeting brand new people. I know it’s scary to think about going into an independent living facility. You don’t know anybody there, but you still have the old friends. Then all of a sudden, when you’re in this place, you realize that there are a lot of other people who can be your friends. You relate to them and have a great time being with them, and also, you might just meet someone that you fall in love with.

Your character to Margo is still very, very sexy. I’m wondering if Margo being the type of person she is, is that a nod to your sex symbol image?

Oh, I don’t know. [Laughs.] I have to tell you, I’m from the old school where if someone said that I was interesting, and well, whatever, I’m flattered. That’s the old school. If some gentleman says, “You’re looking really good,” I say, “Thank you so much, appreciate it.”

What was it like working with all the ladies?

Oh, it was great. I mean, we laughed a lot. And this is the third film that I’ve done with Ellen Burstyn. And this is the first film where I actually had scenes with her because the other two I was the other woman, so of course we did not speak!

There was a lot of laughter. So much laughter. And Loretta — Loretta and I were going to go shopping, and I had seen this major hill that I wanted to tackle. I had this lovely, beautiful chiffon top over leggings and in a black top. And I thought what the hell, I can do this.

And I said, “Oh no, Loretta, I’m so sorry that I didn’t realize the rocks were gonna fall,” and the sand was all over us but we finally got to the top and then we got to the shopping mall. It was much easier going down the hill. We just sat there on our seats and went down the hill.

Looking back on your career, would you do it all again?

Yes! Fools rush in where angels fear to tread.

Hope you are going to do more work. Anything scheduled?

I am going to be doing an album of ’50s and ’60s songs that I love! Yes, I’m supposed to be doing that at the end of this month.

Queen Bees is currently playing in theaters and available on demand.

Loretta Devine Plays a Mean, Yet Nuanced Villain in ‘Spell’