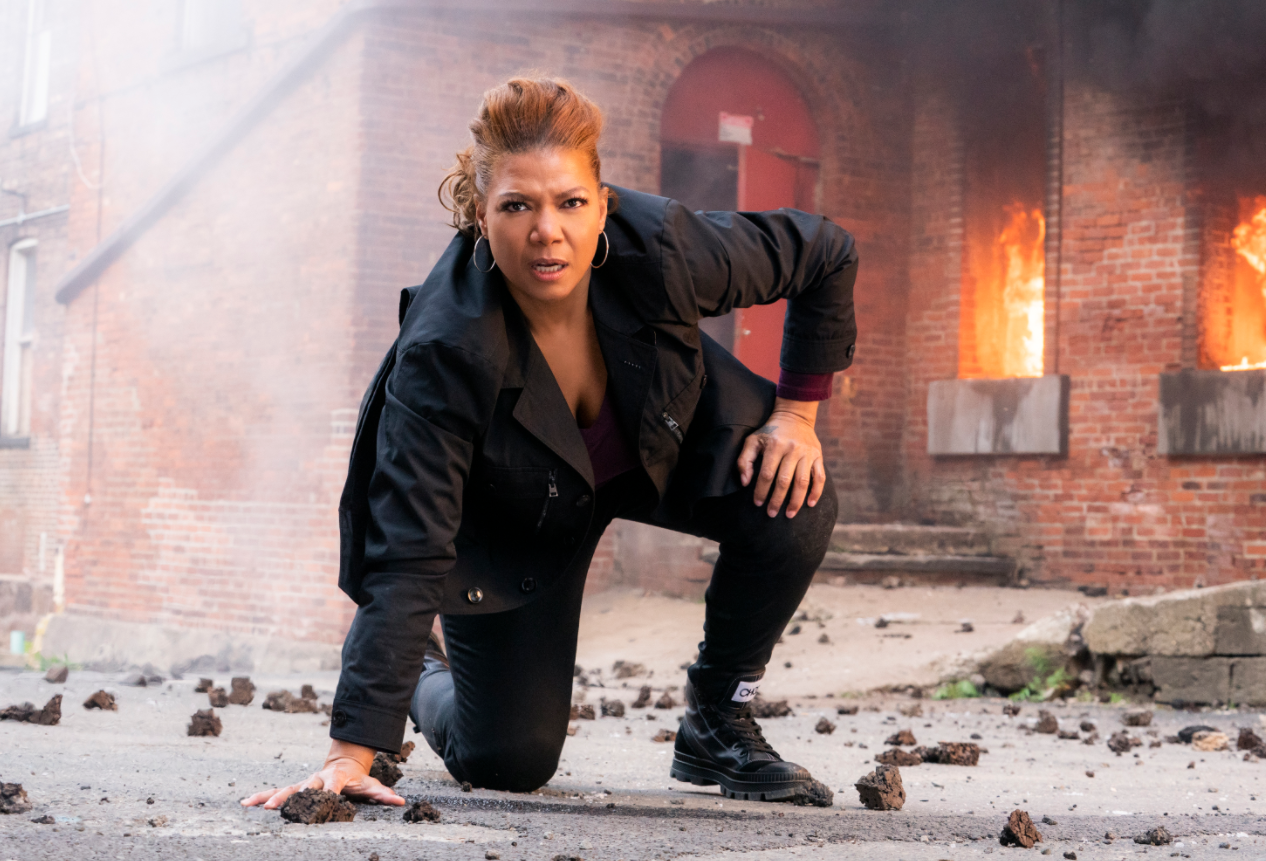 Updated and reimagined for 2021, CBS gives us The Equalizer. Starring and coming on as an executive producer is the talented Queen Latifah. We’ve seen the role of Robert McCall played by Edward Woodward in the original ’80s series and Denzel Washington in the film adaptations. Now we get to see the first Black woman in the role of the retired intelligence agent with a mysterious past.

The Equalizer is a reimagining of the classic ’80s series. It follows Robyn McCall, played by Queen Latifah, as she raises her teenage daughter and becomes an anonymous guardian angel in the pursuit of personal redemption.

BGN attended a press conference with Queen Latifah, who gave some insight into the new series. Check out some of the conversation below.

On bringing her personal touch to the role…

“I wanted her to have a different sort of swagger. I didn’t want her to just be in a dark place all the time. I wanted to see her humor. I want us to eventually hear songs that she would know, that all Black women would know. I wanted her to not like bullies. That was one of the most important things to me because I was bullied a little bit as a kid. So I got a particular thing about bullies, and so that excited me about this role. The idea of sticking up for someone is important.

On what it means to be in this role…

“I think we need to see more [Black women in roles like this]. We’ve been doing what we have to do and we’ve been carrying a lot of things on our back. Unfortunately, sometimes, we’re not lifted up in the way we should be. When it comes to how much we carry, how much grit we have, how much determination we have, how powerful we are, and how magical we are, I think these things come naturally. It’s time for the world to see it on a normal basis, in a very normal way, in a natural way, told through the lens of a Black woman.

“It means the world to me to be in this role. It means that you get to see what life is like for a Black woman in this position. I like to say we Black women have been equalizing for eons, from Hatshepsut to Stacey Abrams, to my mother and grandmother. I’ve watched Black women be strong, caring, sensitive, and entrepreneurs. I remember my grandmother always letting me know she used to work at the Picatinny Arsenal loading shells for the war. We’ve been involved. You just haven’t gotten to see it as much as you should. So, here I am. Lorraine Toussaint’s here. Laya DeLeon Hayes is here. You’ll see three generations, at least, on this show. This is important to see.

“Let me say, one Black woman is not all Black women. So there are things that we will get to see that are different from one to the next, and that’s important because we’re a dynamic people. Human beings are different from one to the next. We can’t just show one version of what a Black woman is; I think we’ve seen that way too much. The more we get an opportunity to be in the writing room, or to be the producers of the show, or the directors of the show, the props department of the show, the wardrobe or the makeup or the hair, or the grips, we get to catch things that other people might not catch because they’re not a Black woman. It’s important that we’re in these positions because you’ll get to see things more through our lens and what things are really, truly like, and not an idea or caricature of some sort.”

“I’m hoping we get to mine culture and mine people’s lives. We have such a diverse group of writers, that everybody gets to bring their stories to the table. We want to see different stories. We want to see things through everyone’s lens. It’s my job to deliver it, and our job as producers, to deliver a show that entertains everyone. I’m loving each writer because every time I get a script, I can see the style of each writer. I can see the story of each writer. I can see the mind and how this particular writer thinks, and it’s so exciting. I could see who’s just kind of cool. I could see who thinks long game. I can see who watches a lot of sci-fi. I can see who’s really into very fine details. I can see who likes music in certain ways, and this is just fun to bring to life. I don’t have to do all the heavy lifting.”

“I love the explosions. There’s one action sequence that doesn’t involve me having any weapons at all. Everything is not about a gun, but everything is a weapon to me. You’ll see something that may happen with a clipboard. You’ll see something that maybe happens with my hands. There’ll be some humor in it. Whatever she needs to use to defend herself, you’re going to see her use throughout the season.

“It’s definitely a lot more work. I have a great amount of respect for stunt people. I can’t do all of the stunts. I’m able to do some. I’m able to do a lot of intimate close contact fighting and things like that. But, I’m not getting crashed on a table. I ride motorcycles, but there are certain things that I’m just not doing on the bikes at this point. I would have done it in my 20s maybe, but not now.

“Our [stunt] coordinators work hard to create these intricate scenes that don’t look like things you’ve seen before. I think they work very well with our directors and our DPs at making sure that these scenes look cool. You can still see me take guns, disarm people in various ways, handle them. There’s a dance to it. It’s choreography. It’s learning things by beat. I think being a rapper/singer/artist has helped me throughout my career in terms of rhythm.

“When I was on Living Single, everything is timing on a sitcom. Your joke has to come off so there’s a rhythm to it. That rhythm is helping me now with the choreography. ‘Turn around’ or ‘break glasses’ becomes a song in my mind, and I gotta whoop you by the time that that hook comes. I need to have this fight over by the time this chorus is over, in my brain. So, I really appreciate them.”

The new action-drama series debuts its first episode on February 7, after the Super Bowl. Starting February 14, The Equalizer moves to its regular time and day, Sunday at 8 pm on CBS.

Queen Latifah Set to Star in ‘The Equalizer’ Reboot for CBS