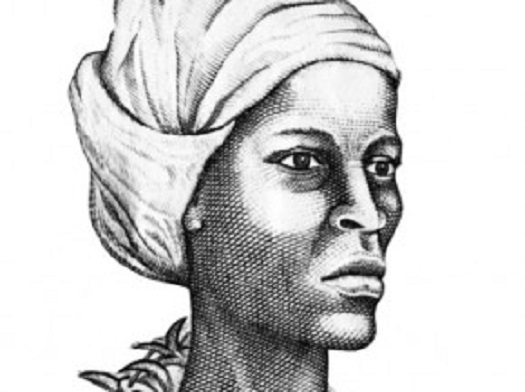 The thing about Black History is that it spans continents and countries, including the island of Jamaica. Before the time that the island became known as the land of reggae music, it was a place of refuge for thousands of African descendants. Within Jamaica’s history is the story of the legendary Queen Nanny.

Queen Nanny was known as the fearless leader of a community of Africans who fought and reclaimed their freedom. If you’re curious about this piece of history, here is the legend of Queen Nanny of the Maroons and how she fought for Black freedom.

Queen Nanny and the Maroons

Before Jamaica was colonized, the land was inhabited by a group of Indigenous people called the Arawaks or Tainos, who lived peacefully on the island for many years. They were believed to have come from South America 2,500 years ago. They gave the island the name Xaymaca, meaning “land of water and wood.” The Tainos would later be important allies to Queen Nanny.

When the Spaniards took over the island and brought over enslaved Africans, some escaped their bondage and created independent communities within the island. The Spaniards referred to these people as “simaroons,” which later would be shortened by the British and referred to as the “maroons.”

It was believed that Queen Nanny and her brothers were the first to lead these slaves into freedom and start these settlements. Escaping into the mountains of Jamaica where the vegetation was rich and hard to access, Queen Nanny partnered with the Tainos to establish a new way of life on the island.

When the Spanish left the island and before the British took over, previous slaves were set free and joined the Maroons, making them one of the largest populations on the island. These Maroons thrived for years through developing a trading system and becoming knowledgeable about the island. It was Queen Nanny who help the Maroons maintain their freedom and help others gain theirs as well.

Who was Queen Nanny?

Very little is known about Queen Nanny’s origin. Some say that she came from Ghana, and others say she was a part of the Ashanti tribe. Although not much is known about her younger years, more is known about how she played a critical role in Jamaican history. The story of her bravery has been passed down through generation after generation, allowing us to put together the pieces of her heroic story.

What we do know about her was that she was small in size but had piercing eyes and was the leader of the Windward Maroons. There is much controversy about how she arrived in Jamaica, and depending on who you ask you might get a different story. Some say she was brought to the island as a slave and then fought for her freedom, while others believe that she came of her own will.

When the British took over Jamaica, Queen Nanny fought against the British and was believed to have saved more than 1,000 slaves within her lifetime. It was during the first Maroon War from 1655 to 1740 that she became known as a ruthless but effective military strategist.

With a military of around 3,000 soldiers, Queen Nanny used an abeng or a cow horn to communicate complex messages over long distances to her army — messages that the British could not understand. She also initiated guerilla warfare by having her soldiers use camouflage to hide amongst the trees and launch surprise attacks on the British soldiers. Occasionally she would allow some British soldiers to go free just so they could go back and warn the other soldiers of the dangers of attacking her people.

On one of the highest mountains on the island, a Maroon settlement was created and named Nanny Town. Although the British would eventually take over the town, they would have to endure numerous attacks from the Maroons and withstand Nanny’s strategic ambushes.

Fun fact: Queen Nanny sent her soldiers to Haiti to train Haitian soldiers. Her tactics were one element that helped the Haitians win their war.

When the first war ended, a peace treaty was signed. The British and the Maroons eventually learned to work together. The Maroon culture began to become a mixture of British and Jamaican culture.

Nanny Town was rebuilt and would eventually be renamed Moore Town. Although the name changed, Queen Nanny’s legacy lives on. Today, you can see Queen Nanny’s image on the 500-dollar Jamaican banknote bill. In addition, on March 13, 1932, Queen Nanny was named a national hero.

“Queen Nanny of the Windward Maroons has largely been ignored by historians who have restricted their focus to male figures in Maroon history. However, amongst the Maroons themselves, she is held in the highest esteem” (Jamaicans.com).