A powerful young Queen struggles to navigate supernatural abilities tied to her emotions once tragedy strikes amongst those closest to her.

Queen of Hearts is a 13-minute short film about an omnipotent, black, supernatural Queen in a fictional Victorian kingdom. The film is a magical infusion of West African culture in a setting portrayed as European. It offers a creative glimpse into the life of a complex Queen whose world is shattered when she discovers that the love of her life is not who she thought he was. She soon discovers that there is a correlation between her overwhelming pain and supernatural powers, making it difficult for her to differentiate between right and wrong decisions. With succubus-like abilities that arise in moments of distress, she fights to protect herself and the ones she loves against those who want what she has: power. 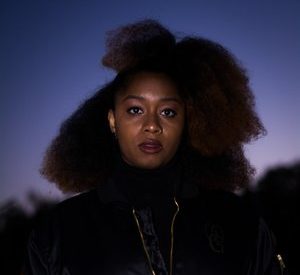 Lindsey Addawoo is a Toronto-based writer and filmmaker. She graduated from Ryerson University’s RTA School of Media (fka Radio & Television Arts) program in 2014, where she earned a Tara Award nomination for UNDERside, a student-based webseries project highlighting underprivileged youth based on their social class, gender, and race. In 2016, Lindsey completed the BlackWomenFilm! Leadership Program.

health promoter. Her favorite mediums are filmmaking, acting, and dance. She created her first film, Red Lips [cages for Black girls] in 2010. She has acted in 15 short film/video works. In 2016, she completed the Black Women Film! Leadership Program. She has acted in over 15 short films and has been mentored by Brad Milne.”

Only a fraction of the 700 top-grossing films in Hollywood over the last 10 years have featured Black characters/actors. One of the aims of this project is to tell a historical story in which racialized characters are central and portrayed as powerful. As such, our choice to give Black people more visibility and voice in this film is entirely intentional. We’ve found that few period pieces reflect characters who look like us, and when we are seen, we’re often portrayed as subservient, secondary, and/or invisible. Although many Black communities did exist in the Victorian era, few films bring this reality to light.

Queen of Hearts is a Black feminist reimagining of a classical time period that challenges historical representations of Blackness in film. Queen of Hearts explores themes of pain, love, magic, mental and emotional health, sex work, respectability politics, and sexual assault. It also illuminates our understanding of the anti-hero with a character whose actions we may not agree with, but can understand. By creating this work, we are complicating notions of good and evil, and showing Black women as layered and multifaceted beings who can, do, and have held positions of wealth and power. 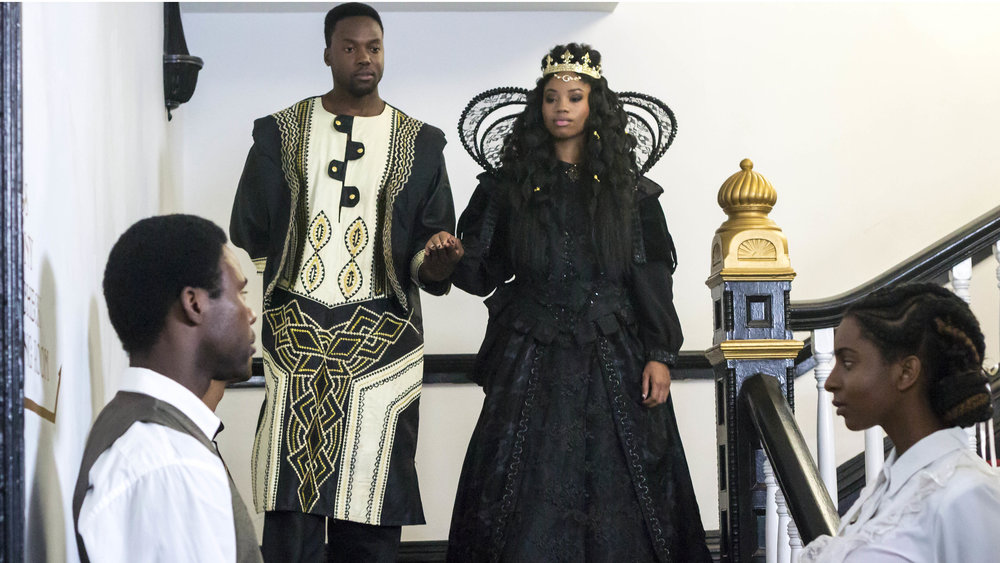 Our short narrative drama, Queen of Hearts, is a love story that humanizes a complicated character. The story of Queen of Hearts explores her experience with heartbreak, grief/loss, betrayal, and supernatural magic. The film follows the Queen as she navigates overwhelming pain in a journey to find herself. It highlights the balance between healing (or “goodness”) and evil destruction.

Queen of Hearts is a film for adult audiences meant to dissuade away from harmful Black stereotypes presented in much of mainstream film and television. By introducing our audience to a strong protagonist with a gripping, dramatic storyline, we hope to stretch the minds of our viewers with a nod to Afrofuturism in a historic setting.

Queen of Hearts has already garnered significant market interest with a combined reach of approximately 200,000 people. Through an initial Indiegogo fundraising campaign, the film enlisted numerous supporters that raised over $5,000 and developed a strong social media presence. Following this, the film was awarded $50,000 through the prestigious BravoFACT Inside Out Film Festival grant during a public pitch competition. Additionally, we have been awarded a private foundation grant through the Community One Rainbow Grant. As a result of the numerous public awards, Queen of Hearts has accumulated strong social media buzz and publicity, being featured through publications such as Playback, Black Girl Nerds, Caribbean Graphic, Regent Park Film Festival, Inside Out Film Festival, Black Speculative Arts Movement, and Black Woman’s Gaze.

We invite you to embark on this journey with us to create a Black future by visualizing an Afrocentric past.

Will you join us?

Watch the Queen of Hearts trailer here.  To contribute to the production’s finishing funds, donations can be made to the film’s PayPal account.