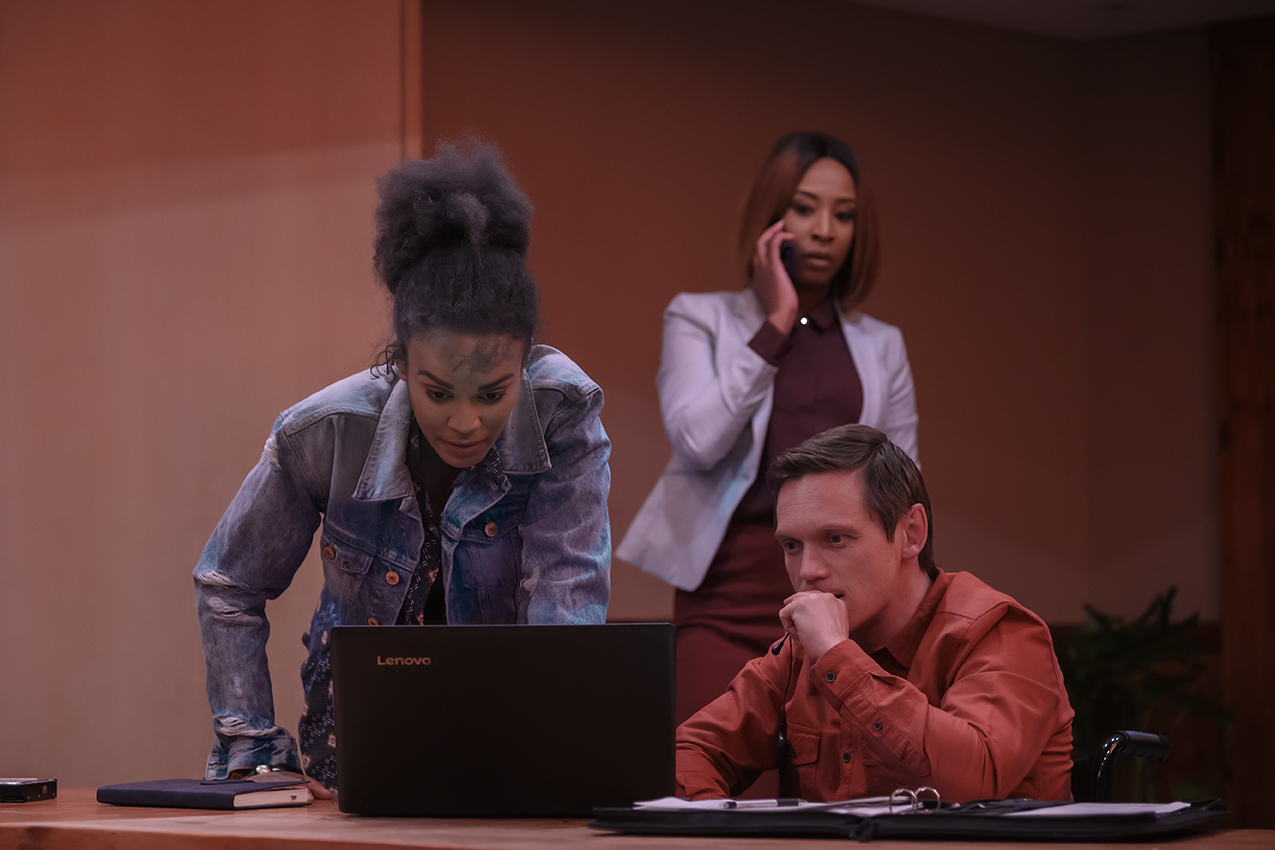 In our first recap of the Netflix series, Queen Sono we recap the pilot “I Am Queen Sono”.

In a market, off the beach of Zanzibar, we find the beautiful Queen (Pearl Thusi Quantico) keeping a watch on two men. Already skilled at foreign languages and intel. We know this is not your average girl. She’s the type of woman who doesn’t listen and always has a plan. As she is being chased through a market by heavily armed men, we find that this woman can handle herself physically, even while taking several punches to the face.

On a plane home, Fred, her technical partner, shows concern over her job. Queen is the type of spy that is only known by the President and Homeland security of South Africa. Waking up in Johannesburg’s CBD, we get flashbacks on her love life and that it is of Safiya Sono’s Remembrance Day. Can we pause for a moment while I enjoy the realism in showing Joburg (Johannesburg) during the day? Between the music and the people, I’m starting to feel homesick. Even the security system communicates in Zulu!

At a meeting, Queen gets a tongue lashing from Miri. I’m not sure who she is, but she could be of importance later. The discussion goes to the assignment of groups that have weaponry within the continent. Let me just say that I have never heard so many f-bombs from an African series in my life. I feel like a wide-eyed little kid waiting for my parents to yell at me. Let me stay on task here. We find out that Safiya is in fact Queen’s mother. According to Queen, her mother died for people she didn’t know. Through Viljoen, we find out that a portion of their company is watching the nation’s president. Considering the current president and the one before, I think the hit is for both of them.

She visits a friend that bailed her out at the age of sixteen — a psychiatrist who can write her a psych evaluation that deems her sane. Everyone keeps bringing up a possible parole for a man. I assume that it has to do with the man who killed her mother. William Chakala, tries to talk to her about seeing him but she rather get this day over with. Did this woman just put a tracking device in her friend’s car? She really must not trust his new girlfriend.

At her mother’s gravesite, Queen and her grandmother, Mazet, clean around as they discuss Queen’s lack of appearance of honoring her mother. In a ritual, Mazet speaks to Safiya to let her know that they won’t give up hope on the truth. Queen refuses to join in stating she doesn’t speak to the dead. Mazet lets her know that she is losing herself. As Mazet drives, we learn that a political figure Nana, is pushing for a political push. The fear that Queen has in her face is all too familiar. In the township home, Queen discusses Mazet’s health considering how she loves to drive. We get a view of her parent’s past and find out that Nana, a friend of Safiya, has a daughter named Miri. Mazet doesn’t know what position Miri has now which means she doesn’t know Queen does. This is probably all for the best considering her age. Mazet asks if Queen is a prostitute. She doesn’t know what she does.

In Congo there are men working hard in the sun when suddenly the guards are attacked. The leader of Watu Wema — gives a powerful speech to the men that they have liberated. He states that the men can now use the riches of the land to feed their families and all that he asks of is a small portion of what they need. This sounds all good but it is a little concerning.

Remember that tracking device? Queen was tracking William. William is shocked to see Queen and clearly hasn’t told his girlfriend, Nova, about her. Now Nova, who has been dating William for four months, is finding out about their relationship. The whole conversation is awkward and Nova works at the World Bank as a researcher. We need to keep that in mind. William accidentally drops that Queen paid for his tuition. I’m not sure if Queen is following him or Nova. Nova does drop the main question: Did they ever sleep together?

We never get that answer.

Nana calls to inform Queen that Hendrikus, Safiya’s killer, has been released due to age and fragility. Nana tells Queen that this should be left in the past. But Queen does not listen. Dressed as a guard, she makes her way around the prison to Hendrikus’ cell, who is better at sit-ups than I am. Before he can warn the guards, Queen gets him quiet and tells him she wants to know the truth of what happened that day. Hendrikus tells her how he shot Safiya in front of Queen. He states it was his duty to take out that type of terrorist. Queen remembers that day differently and concludes that he wasn’t even there. She witnessed the whole thing.

This show has evoked a spirit within me. While there are many actors that I am seeing on the screen for the first time, I am glad to see familiar faces that I grew to love in South Africa TV. It is amazing to see and hear the varying languages on a platform as big as Netflix, with a woman at the forefront of it all. I’m enjoying all of it and Pearl Thusi is definitely living out my dreams right now.