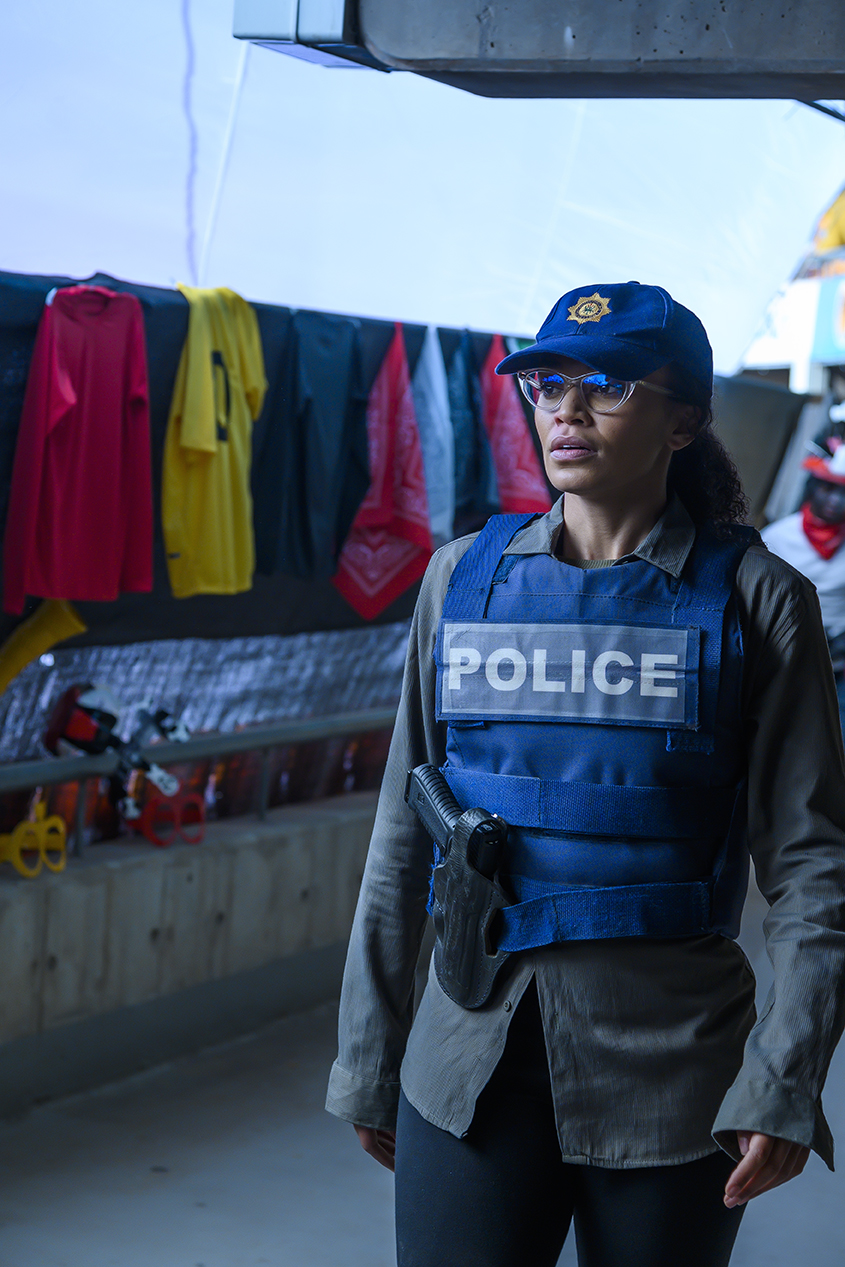 In our sixth and final recap of the Netflix series, Queen Sono we recap the episode “State of Emergency”.

President Malunga is under attack at his wealthy Greek friend. You know, the one he brought to Nana’s home? As Shandu gives Malunga a bit of a theatric show, Ekaterina shows up with a crazy smile on her face. She orders for the two Greek men to be burnt alive as everyone watches on. Ekaterina demands the president place a state of emergency and usher Superior Solutions to assist with the issue, showing the rest of Africa what the company can do. Shandu looks pretty shocked at what took place but didn’t he make a deal with her? She did say that Africa will burn.

Tail between his legs, Shandu visits Queen. Let’s just say that the two comforted each other in a physical sexy way before they briefly discuss career. Queen attempts to visit William but he’s mad that she never checked on him as Nova requested. She can’t give him an explanation but she did in fact see he was fine at the hospital but work got in the way. Fred’s transit is filled by a driver from Malawi who supports the Watu Wema. SOG is struggling with the force that is Superior Solutions. Luckily, President Malunga can’t get the go-ahead for a state of emergency. This doesn’t phase Ekaterina though. She is ready to kill more Africans in order to get what they want. Shandu does not want to kill more of his people for this. What was his plan again?

Ekaterina gets intel on Queen and demands for his men to bring Queen in. Fun, Fun.

William and Nova are on an evening run together when she asks if he has feelings for Queen. I gave up on this episode ago but she is still on it. Nova thinks that William needs to reach out to Queen and help her out. On the news, we find out that Xenophobic attacks are on the rise but foreigners have built their hope on the Watu Wemu and think they can fight back. That I won’t touch on. We do get a quick glimpse of a cartoon that I highly suspect is Mama K’s Team 4. Queen is attacked in her home by three men and William walks up at the worst time. She refuses to see him for his own protection.

Sis has one man alive, tied up with his pants down, ready to boil his member off. Before the man can reveal who sent him, Shandu kills him off from a rooftop. SOG has a possible break in the case. Cell phones activated the last attack, a suspicious man bought six phones, and his family is at a huge soccer game. SOG at this point can either give President Malunga the state of emergency or do it rogue without military or police. The whole team is in and Dr. Sid has Queen leading. Football, soccer to Americans, is the biggest sport in my country. We do not play. So of course, Superior Solutions/Watu Wemu will use the Soweto FNB Stadium as a place to take out massive lives.

Bulabule lets Shandu know that a stadium is a place that holds dear to his heart and killing innocent people will kill the passion for him. Shandu gives him some bull on how this will free the people. I don’t believe it and neither does Bulabule. In the streets of Soweto, Ekaterina makes a visit to Mazet, Queen’s grandmother. My heart just dropped and Shandu asking dumb questions over the phone. I can’t handle her death. Queen infiltrates the media room and demands that they pan over the fans, causing a commotion. Cell phone towers are taken out in hopes of preventing the bomb.

Meanwhile, Ekaterina is being all nice and lovely with Mazet and I am ready to jump through the tv screen. Her death will break Queen’s mental psyche. Fred is able to find the man with the bombs. A chase breaks out and gets him. That may be a victory for SOG but Ekaterina takes a couple of sips then two shots at our dear loving Mazet. At Mazet’s burial site, Queen speaks to her grandmother the way she was taught to. Queen opens up about what she does and makes a promise to find these people and make them pay. As she speaks, we see that Superior Solutions has made their way out of the country but Bulabule stays behind. Nana has summoned Queen’s father to speak about Queen. Finally, we get to see the man. Also, why is Nana viewing a video clip of Queen visiting Hendrikus?

I can’t believe that it ended on that note. While we may have seen quite a bit in six episodes, I still have questions. Will Fred ever find his sister? What is Shandu’s plan? Why is Nana bringing Queen’s dad into the mix?? Of course, Netflix wants to keep me on the edge of my seat.  Director and writer Kagiso Lediga (Catching Feelings) did a stand-up job of bringing the issues of South Africa and other African nations to the forefront. Each country shined spectacularly with the aerial shots. To listen to each person speak in multiple languages that are not heard in the western world. The moment that the trailer for this show dropped, I requested the opportunity to write about it. My proudly South African self, screamed and leaped with joy to see people of my country be leaders, fighters, lovers, therapists, and tech nerds of big and small corporations. Pearl Thusi is amazing as the titular character and I’m glad that she is in a leading role. I can’t wait for more. In the meantime, I will be tweeting for Netflix to give me more seasons as I watch South African soap operas.

Can you tell that I’m homesick?