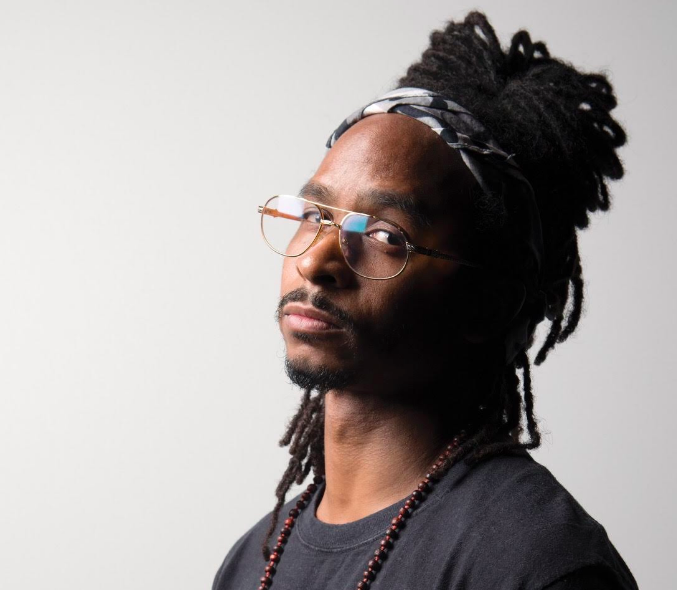 Utopia Falls, written and directed by R.T. Thorne, takes viewers on a soulful and rhythmic ride as they are submerged into a new dystopian world.

While the entertainment industry has rightfully been under fire for its lack of diversity over the years, there is one show that has popped into the Hulu feed and taken the world by storm. Premiering on Hulu on February 14, 2020, the show danced its way onto the screen and into our hearts.

In Thorne’s world, the “Exemplar” (similar to the savageness of the Abbey Lee Dance Company on Dance Moms, but with people of color) carefully selects twenty-four teenagers to participate in an epic talent competition, but only one can win. However, there is much more to this competition than what meets the eye. With a blend of pop, hip-hop, dance, voice, and more, there is something for everyone.

As I began the first episode awhile back, I recall a few thoughts immediately filling my head. First, I was absolutely delighted to see my screen filled with a diverse cast that I could identify with as a Black woman. Second, that I was getting some heavy Hunger Games feels mixed in with the theatricality of the movie musical Fame. The show’s depiction of teenagers on the verge of self-discovery while simultaneously trying to overcome the limitations of their society isn’t a new concept to the screen. However, when presented against the backdrop of people of color trying to uncover stolen aspects of their cultural history, things get pretty juicy.

Lastly, the thought that came to me was appreciation. Truth be told, whether you love it or not, this series gives us what we’ve been waiting far too long for — representation for people of color in sci-fi.

Typically, sci-fi comes with way too many trade-offs for people of color. If they are allowed to be featured, there must only be one stock Brown person to fill a slot. Well, this isn’t true of Thorne’s story. He crafts a world in which Black women are leaders, people of color make major decisions, and everyone is allowed a great amount of fluidity and freedom in their identities. Pretty much, if you’re a fan of sci-fi, performing arts, and people of color being the central focus, you’re likely to enjoy yourself.

BGN was given the honor of catching up with R.T. Thorne and interviewing him about the series. It was a joy to spend time hearing his thoughts and discussing why a show like this is so important. Just as with his show, Thorne gave BGN the opportunity to learn more about diversity from behind the screen.

What inspired you to create the first-ever fiction hip-hop series?

The show was born out of a couple of different things. I always loved comic books growing up; I wanted to be a comic book creator. Comic books and hip-hop always existed in me even as a kid. Hip-hop and science fiction come from the same DNA, even if social commentators don’t want to acknowledge it. It was important to see my people represented, as I wanted to show people of color represented in the future.

Utopia Falls is the most diverse show I’ve seen on any network. Were there any obstacles or criticisms regarding the casting?

Pitching in the beginning, we knew what we wanted from the ground up. Not to criticize Hunger Games, but with dystopian futures we’re always wondering how it got that way. We wanted a dystopian story focused on rebuilding society, and setting up a diverse world was the key. I said, “No tokens; there is no such thing as too many Black and Brown people in our world.”

Representation is so important. You have the character Bodhi (Akiel Julien), a young dark-skinned Black man who is both measured and passionate, and Aliyah (Robyn Alomar), a mixed-race woman with amazing dance skills. It is so important for young mixed girls to see Aliyah’s journey and identity develop. Mixed race people don’t get enough representation. I’ve felt that, with my mom telling me that I’m part Chinese. I also wanted to introduce a romance between an Asian and Latina woman without it being forced.

It can’t just be the main players who are people of color. It was difficult. Not with Hulu — they bought in right away. Fortunately, Toronto is a very diverse place. But casting is still difficult, and finding cast members with the right background was tough. But you have to remember to stick with what’s difficult at first.

Utopia Falls is loved for its amazing music, dance, and vocals. What inspired you to include elements of multiple art forms for your characters?

Coming from a music video background has always made me want to create characters that express story through movement and genre. I created the world tribunal to use competition to deliver their music. Also, through the character Sage (Devyn Nekoda), I wanted to highlight her learning Capoeira. I wanted for her to have access to self-defense. It’s a skill that’s important for protection. It’s important for girls to be able to protect themselves. The tribunal took a lot of culture away, so the characters spend a lot of time reclaiming knowledge.

There’s the moment when Bodhi is listening to the rapper Nas and hearing lyrics for the first time that speak to his experiences growing up. A lot of the story goes back to the African Diaspora and how people lost aspects of their culture. The characters are on a journey to retrieve what has been stolen from them.

I also wanted to add characteristics that made the show more realistic. In so many of these dystopian sci-fi stories, we don’t know what music people listened to or what they eat. It doesn’t speak to how real life works.

Do you think that the show is inspiring more young people of color to audition for roles in the arts?

I hope so, I really hope so. I think it’s so important, especially for young people. I want this show’s culture to be a catalyst for change. Performance art forms of expression need to be normalized. Having the founder of their society be a Black woman was also so important to normalize the idea that the person this society worships and reveres doesn’t have to be an old white man. I hope little Black girls see Gaia, or even Reia (from the tribunal), and are inspired to not only become artists and performers but heads of state or activists or can even dream of being world leaders.

Season 1 of Utopia Falls is available for streaming on Hulu.