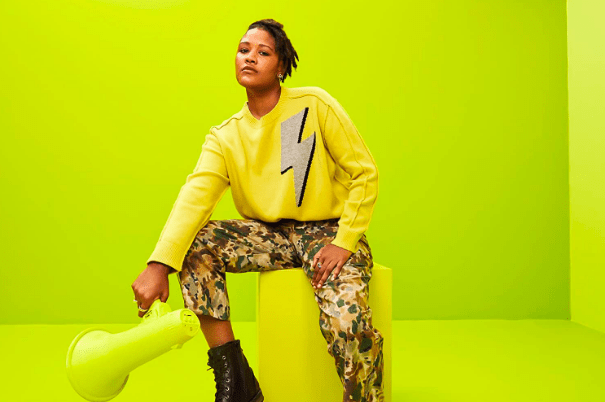 Rahne Jones is a Hollywood newcomer, but all the ingredients for success have been simmering for a long time.

After working for several years as Homeland Security agent, Jones quit her job and decided to move to New York to pursue acting. Upon arrival, she soon found herself participating in theater productions before ultimately landing her very first role as Skye Leighton on the Netflix series, The Politician.

The quirky comedy stars Ben Platt as Payton Hobart, an ambitious, rich kid from California who as a child wanted to be president of the United States. The series also includes a bevy of A-list stars, including Bette Midler (Hadassah Gold), Gwyneth Paltrow (Georgina Hobart), Jessica Lange (Dusty Jackson), and a list of talented new actors. 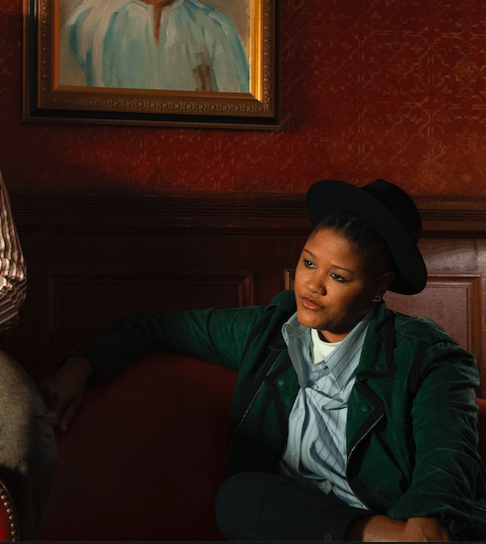 The series occurs in real-time. The series begins in fictional Saint Sebastian High School in Santa Barbara, California, where Payton begins his pursuit of the nation’s highest office by running for president of his high school. When his opponent Astrid Sloan (Lucy Boynton) chooses Skye, a gender non-conforming, Black student, to be her running mate, an all out war ensues with each side angling to outsmart the other in a race to the win.

Payton ultimately wins the race, under suspicious circumstances, but soon begins a downward spiral once the school year ends and enters into the real semi-real world of college. Fortunately, his high school friends and former foes rally around him and convince him to consider returning to the political landscape after a brief absence.

For Jones,  securing the role wasn’t her indoctrination into being politically minded. Instead, the part piqued her interest to go even further into the inner workings. 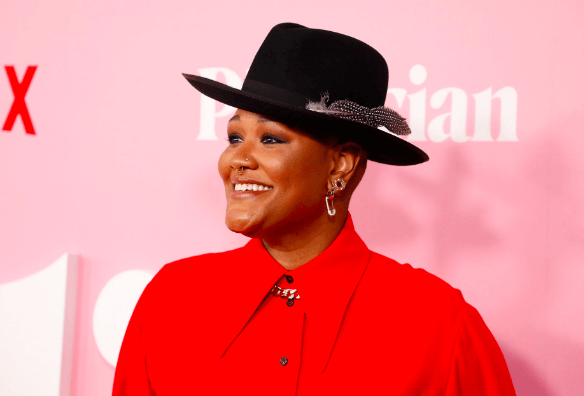 “I wouldn’t say the show made more interested per se, but I will say the particular climate that the show started in made me more inclined to figure out the ins and outs of the political process,” Jones says. “I was already into it then 2016 election happened. It just so happened that The Politician came after that, so I was already in it. But I think it might have helped in some ways.”

Skye represents a dynamic previously unseen in Hollywood portrayals of high school students. As a Black, self-identified gender non-conforming lesbian, she’s identified by River Barkley (David Corenswet) as the ideal running mate in the upcoming school election. Passionate, bold, and unique, River believes that she not only “checks the boxes” but possesses qualities that will resonate with students who aren’t part of the “in” crowd.

Jones’s ability to portray a character that isn’t the “norm” and the show’s depiction of sexual fluidity of her character and others make her proud.

“The idea of sexuality and gender ideas being fluid is needed,” Jones said. “There was never a coming-out moment for any of the characters. It was this notion of this is just how it is. I feel like it’s an ideological thing where one day we won’t have to have a ‘coming out story’ if you’re gay, or lesbian or anything like that. I think it was a world that Ryan [Murphy, of Hollywood, American Horror Story] tried to create where this is okay. There doesn’t need to be an explanation, and I’m proud of that.” 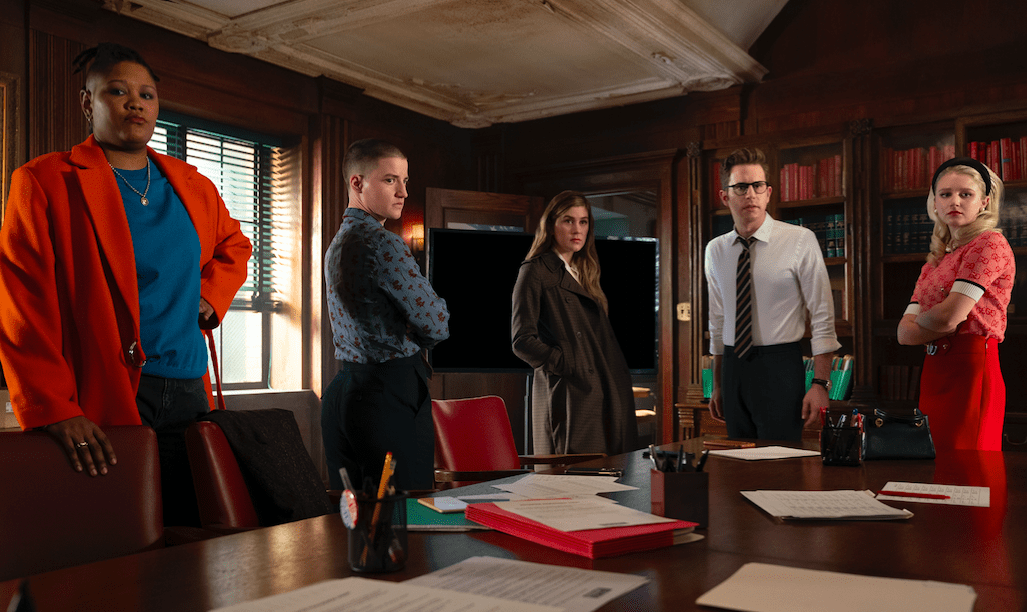 With Season 2, the array of students is moving on to the next chapter. Season 1 ended in complete chaos following the school election. Skye, Payton, and the other students of Saint Sebastian face new challenges as they head into college and continue their political aspirations. During this period, Skye evolves into a less impulsive, levelheaded individual eager to make her mark by Payton’s side.

“We are all in our 20s at this point. We know more about ourselves and campaigning. Our campaign for Season 2 is a state senate seat. We’ve all moved to New York, so we’re much more adult now, so our past mistakes are no longer. That moment last season when we went full steam ahead with the idea of saving the guinea worm to spite the other side was embarrassing for those characters. I would have done more research, but I think it speaks to the idea of the competitiveness of everyone, and this season we’ll see more of that.”

Season 2 of The Politician is currently streaming on Netflix.