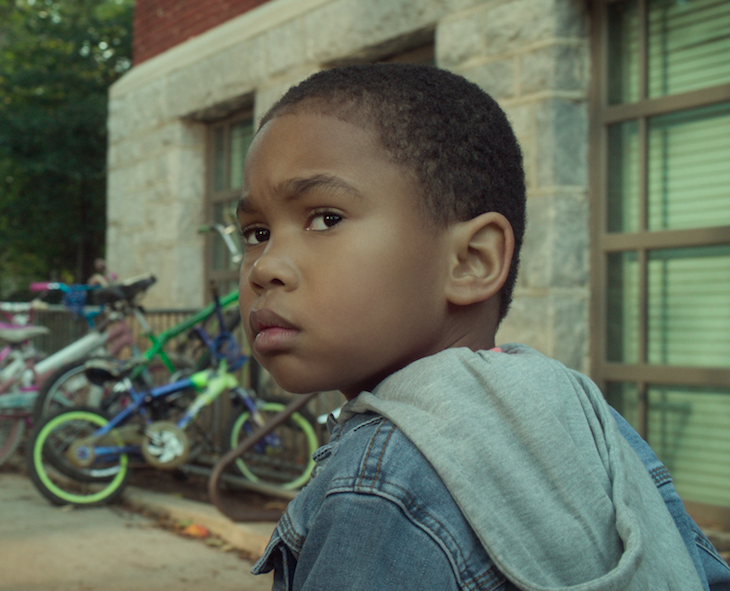 If you are anything like me, you have been waiting for Raising Dion to be a full-fledged show for what seems like decades, after the first short film made its run on social media.

A Black mom raising a kid with superpowers all while trying to keep people from knowing is exactly what I needed instead of a reboot of another corny show. Every month I searched for the premiere date from Netflix, but disappointment hugged me like a warm blanket in winter. It wasn’t until last month when we were told it would finally be released on the first weekend of October. Binge-watching at its finest.

We start off with clips of Dion (Ja’Siah Young) being cute and showing off his powers as Nicole (Alisha Wainwright) — Dion’s mother — voices her concern over him having the responsibility to save the world. She wishes it was like old times when they had fun in the lake. An example was the time he was at the lake and pretended he couldn’t swim. Interesting sense of humor — but he is an adorable kid.

The show starts off in Atlanta when Nicole is frantically getting ready to leave but Dion is ignoring his breakfast to attempt magic tricks. Once she finds the keys, mama puts fear in Dion that finally makes him move into action, fall, and accidentally trigger his “magic”. Milk and cereal floating in the air have Dion amazed…until mom comes back and everything comes crashing down.

On a car ride to school, mom flashes back to a cute moment with Mark (Michael B. Jordan), Dion’s father, but springs back to reality when Dion continues to attempt his magic trick not noticing that trash that is floating outside. Dion is clearly having a hard time getting friends at his predominately white school, as mom is struggling with being fired and moving to a new neighborhood. For Nicole, life has been tough. Dion attempts to get in with the cool kids by skateboarding after school. A few falls has him determined to show that he is not a loser and has him soaring, literally in the air. Nicole crashes in, upset that Dion left the school premises. There goes the cool factor.

Dion’s Godfather Pat (Jason Ritter), and Mark’s best friend is there to help Nicole as single mother. We get a glimpse into the nerdy genius that is Dion’s dad as he explores lightning, science experiments and more. Sadly, Mark drowns in a freak accident. True love, is lost in the most painful way.

Dion receives comic book lessons on superheroes and their powers from Pat. We get the basics on powers, superhero names, and how the government will take you away to experiment on you if they find out who you are (foreshadowing much). The dreaded topic of losing a parent figure rears its ugly head slightly but Pat quickly changes the subject to how he met Dion’s dad. Dion has questions about his dad’s death. Dad chased a storm, drowned and his body was never found. Pat brings up the conversation to Nicole and tells her that Dion is curious about Mark’s death.

As Dion and Nicole are talking, with Dion being a bit of a smart mouth, he shows off bit of his powers that quickly grows into a storm of toys and furniture speeding around, nearly hitting Nicole with a lamp but leaving her with a scratch. Nicole calls her sister Kat (Jazmyn Simon), who is a doctor. Later that night, we find out via flashback that Mark was in New Orleans during a hurricane. He saved a woman that was being swept away by a river but got pulled in himself. A true hero. Nicole shows Dion a video that Mark made for her while he was gone working. Dion hears his father talk about how amazing he is. It’s a sweet video to get her through the hard times.

No school for Dion as we travel down to the cabin by the river. A quick flashback shows us that Nicole used to be a dancer. I guess she had to leave it behind to work in the corporate world. Dion urges Nicole to get in the boat with her so he can try to fish like Mark used to. This child never had a lesson and would have probably got the hook stuck in mom’s hair if she hadn’t asked him to put it down. After a quick lesson on fitting in and making friends, Dion is determined to supply dinner for the night by bringing the fish out of the water then water to the fish as they struggled to breathe midair. He’s getting better at handling his magic, so he thought. The poor baby brings the trees down and struggles to let them go, causing a huge branch to knock him out into the water. Nicole jumps in to save him.

Later that night Nicole finds a piece of paper with Charlotte’s (Deirdre Lovejoy) number. Charlotte is the woman Mark died trying to save the night of the hurricane back in New Orleans. Dion calls Nicole outside to check out the rain people. The rain people are ghostly apparitions of the dead. Mark’s spirit comes up to Nicole and warns her to leave right away. It’s not safe where they are.

Losing a loved one is never easy. The time after that is a big adjustment for everyone but if you add a big move and losing a job, you can see why Nicole is at her wit’s end. The relationship between Dion and Nicole is loving and you can see that they are both doing their best to take care of each other. Dion is a sweet, loving, and headstrong child that just wants things back to normal yet is doing his best to adjust to what is currently the new norm. Nicole is a widow and single mom just trying to make it work. She needs support but doesn’t necessarily want it, especially from Pat.

Don’t think that I forgot about Dion’s powers. You have to wonder how a kid got those powers and how long has he been keeping it a secret or has known. For a child like him, you just know that he is going to struggle with keeping his powers in check. Yet, he learns quickly. We don’t know all that he can do. He doesn’t know all that he can do. But, it will be fun to watch and find out. I’m also curious to know more about dad. The little flashbacks have me wanting more. An added bonus is the music in the show. I like the throwbacks. I’m not sure how to cope with Mark showing up in spirit form. Is he actually dead?

Stay tuned for the recap of Episode 2: ISSUE #102: Fortress of Solitude