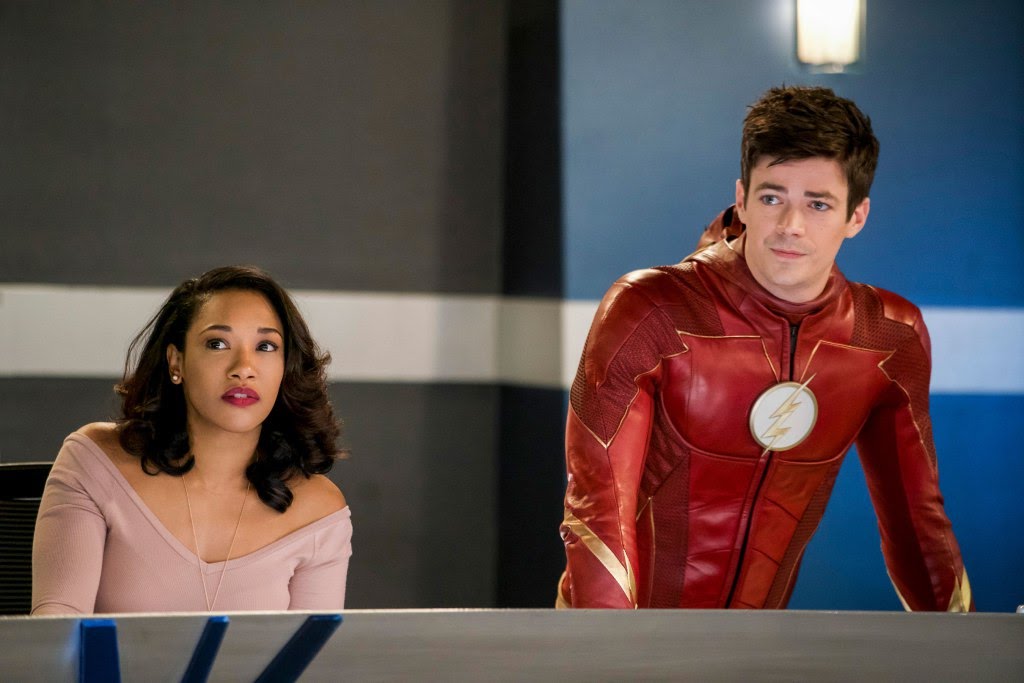 After a month hiatus, The Flash returned with Team Flash facing several challenging situations in the season’s 17th episode, “Null and Annoyed.” First, you have Ralph Dibny annoying the heck out of everyone with his laissez-faire attitude and ill-timed jokes, creating a challenging environment at Star Labs. Second, you have Cisco dealing with breaching problems and Cynthia’s (are they still an item?) father (Danny Trejo). And finally, there’s the disturbing storyline centered around Marlize DeVoe getting roofied by her husband, Clifford.

The episode is very Dibny centric, which is kind of annoying to begin with as the character is incredibly unlikable. A Killer Frost or Joe West or HR Wells centered episode would have been most welcomed. But alas, the annoying stretchy man keeps getting his own episodes (grrr!). Fortunately, Team Flash is just as annoyed with Dibny as we are.

The episode opened with Barry and Dibny attempting to complete a training session using a realistic hologram of DeVoe. Everything is planned and ready to go, but Dibny just can’t follow directions and fails to carry out his portion of the training plan. This is frustrating to Team Flash, especially to Barry, who doesn’t understand why Dibny refuses to take his Clifford DeVoe situation seriously (DeVoe is out to get Dibny for some body-snatching fun).

Barry’s frustration with Dibny grows after an encounter with one of the bus metas almost results in Barry floating up into the atmosphere (don’t ask). Dibny being Dibny continues with his antics, forcing Barry to bench him from team rescues, etc. Of course in the end, with the help of Iris, Barry learns to trust Dibny and his decisions, with that trust being put to the test in a life and death situation.

While Barry tussled with the Dibny situation, Cisco Ramon nervously tried to figure out how to tell Cynthia’s father Josh, aka, Breacher, that his sudden loss of meta powers is due to his old age. A few somewhat funny antics ensue, resulting in a placebo treatment plan for the old timer consisting of allergy medicine and pep talk. Believing that Cisco’s meta science brought back his powers, Breacher sets off to fight a vampire king. During the battle with the vampire, Breacher discovers that Cisco hadn’t cured him and prepares himself for certain death. Fortunately, Cisco swoops in to the rescue and finally tells Breacher the truth; he’s too old to continue with his breaching duties with The Collection Agency. Breacher is, of course, upset with the news, but eventually returns to Star Labs clad in retirement gear and offering Cisco a job at The Collection Agency. He reminds Cisco that if he were to take the position, he’d get to spend more time with Cynthia. Decisions, decisions.

While Team Flash dealt with the stresses of protecting their teammates and family, Marlize DeVoe had her own revelation. As you know, Clifford DeVoe has been secretly slipping roofies into Marlize’s beverages every time she starts to doubt him. It renders her enamored with DeVoe, making it easier for him to control her. However, as the episode revealed, on occasion, Marlize figures out that she’s been drugged. She makes a video recording to remind herself of this act in case she’s compromised again. Unfortunately for Marlize, she also finds out that she’s been through this scenario more times than she could have imagined. Upon this realization, she is immediately overcome by the very chair she designed for her husband. The chair erases her memories of the encounter and injects her with DeVoe’s drug, leaving her once again in awe of her husband and willing to follow his every command.

All in all, the episode was entertaining, though the Ralph Dibny storyline wasn’t anything special. Marlize’s story is much more interesting, and I wish it had gotten a bit more screen time though I’m concerned about the whole drugging storyline (ugh). Cisco being offered a job working for The Collection Agency was an interesting twist, especially as he’s going to have to choose between Team Flash and being able to see his lady love (Cynthia) on the regular. Whatever happens, Cisco Ramon better not get written off of the show.