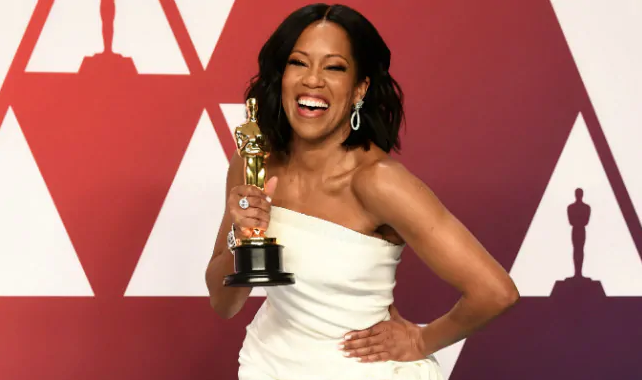 The winner for Best Supporting Actress for her powerful turn in If Beale Street Could Talk, King claimed the prize Sunday that should’ve been offered to her when she stole every scene she could as Margie Hendricks 15 years ago in Ray.

Seriously, what would Ray have been without Margie, the heartbroken background singer addicted to heroin and her married boss Ray Charles? Sadly, the Academy didn’t bother to nominate her back then.

But it was her role as Sharon Rivers, the loving mother determined to prove the innocence of the father of her unborn grandchild in If Beale Street Could Talk, that turned the tide in her favor. What is even wilder is that the Screen Actors Guild didn’t nominate her this cycle. Despite SAG’s embarrassing faux pas, King won a Golden Globe and a number of equally significant gestures of praise including an award from the Los Angeles Film Critics Association, which all lead to her first Academy Award.

“To be standing here, representing one of the greatest artists of our time, James Baldwin, is a little surreal,” a teary King said at the ceremony’s 91st incarnation. “James Baldwin birthed this baby and Barry [Jenkins], you nurtured her, you surrounded her with so much love and support.

“So it’s appropriate for me to be standing here because I’m an example of what it looks like when support and love are poured into someone,” she said. “Mom, I love you so much. Thank you for teaching me that God is always leaning, always has been leaning in my direction.”

When King, who got her start as Brenda on the 1980s sitcom 227, made the leap to the big screen in John Singleton’s Boyz n the Hood, got backstage, she talked about her mother’s influence and the special people in her life she forgot to thank in her speech.

“It’s hard to put it in words really quickly,” said King, who also starred in Jerry Maguire. “It feels like one of those full-circle moments because so much of the character Sharon Rivers was mapped or inspired by my mother and my grandmother.

“My family was there, my sister Reina and my son Ian were there,” she said. “They are both here tonight. And it goes by so fast, and you want to thank so many people, and your mind just goes blank. And, you know, my mom was like the lighthouse.” 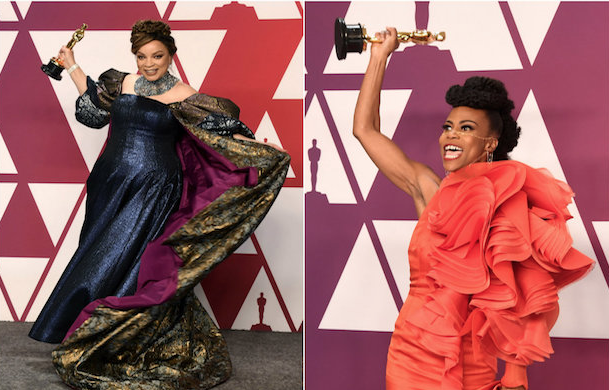 King’s win kicked off a night of unforgettable victories that also included Oscars for Ruth E. Carter for Best Costume Design for Black Panther and Hannah Beachler for Best Production Design for the same film. Beachler is the first African-American to be nominated in the category and therefore the first to win. Carter is the first African-American to win for costuming. She has been nominated twice before in the same category.

Spike Lee finally won an Oscar, this time for Best Adapted Screenplay, and Mahershala Ali walked off with his second Oscar in two years for Best Supporting Actor in Green Book. The film also won for Best Picture, giving producer Octavia Spencer her second Oscar as well.  It should also be noted that actress Octavia Spencer, who was an executive producer for Green Book, also is the first African-American woman to win an Oscar as an executive producer.

It’s safe to say that this evening was a historical win for African-Americans and was a perfect way to end Black History Month. 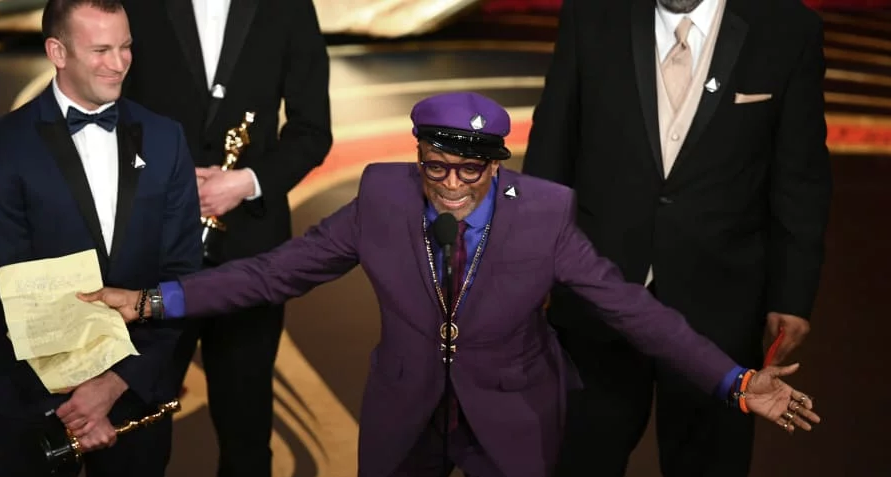 Lee, who gave a rousing speech thanking his great-grandmother who was enslaved, didn’t appreciate losing in the Best Picture category once again. “Every time somebody’s driving somebody, I lose,” Lee said referring to his 1990 Do the Right Thing loss to Driving Miss Daisy.