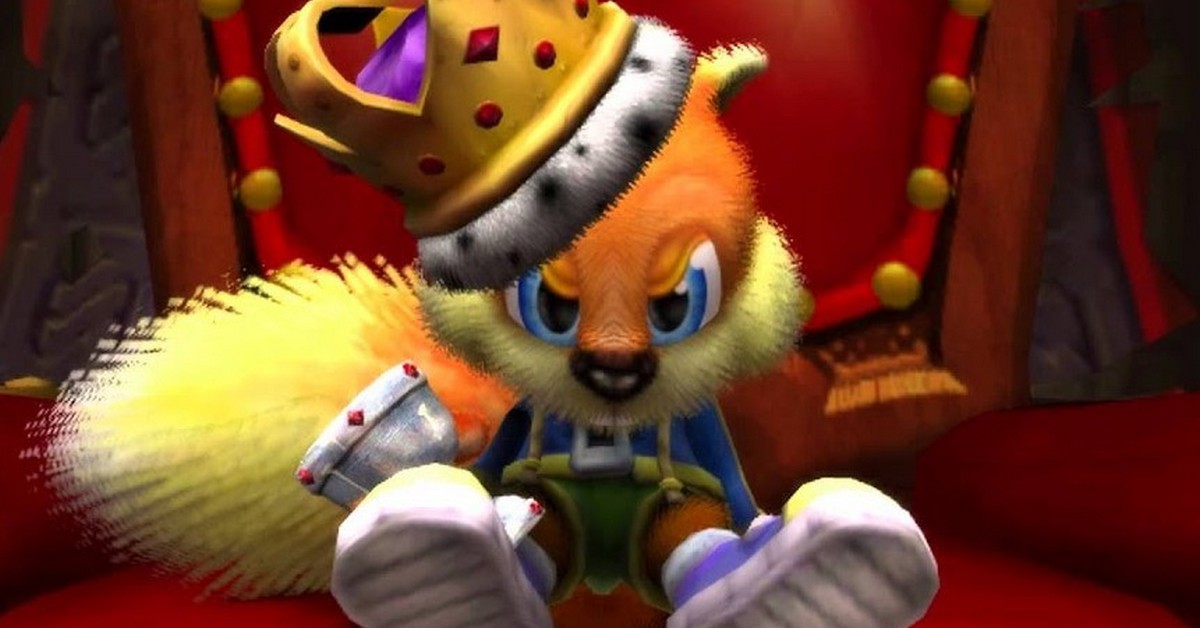 Though Nintendo is publicly known as the game-making company producing family-friendly games littered with cute characters, it was never shy about releasing Mature-rated games on its consoles. The perfect example would be the upcoming Bayonetta 3, whose developers recently came under fire for censoring the game. In fact, the Nintendo Store is now home to a plethora of adult-oriented games that often contain sexual innuendo, offensive language, and excessive violence.

But before that became the case, and long before Nintendo even conceptualized its digital online storefront, Rare developed and slipped a pretty naughty game into the Nintendo 64 console. It was filled with sex jokes, all sorts of violence, Hollywood spoofs, and a disturbing amount of urination. So, let’s examine the strange and disturbing gem of a game that is 2001’s Conker’s Bad Fur Day and find out just how Rare managed to get this project greenlit.

Admittedly, the legendary N64 console was home to some of the most horrific and violent video game classics, like the Doom 64 and Resident Evil 2, which were very clear about the horror and violence they portrayed. However, to casually observing parents who never actually got their hands on N64’s controller, Conker’s Bad Fur Day seemed like just another 3D platformer their children were playing. Ultimately, there was nothing scary about Conker, the fluffy squirrel protagonist.

But to those who paid closer attention, Conker was a not-so-cute squirrel with alcohol problems. So how did it all begin? Well, the history of Conker’s drinking problems began in 1996, when Nintendo released Super Mario 64, which revolutionized and popularized the 3D platformer genre. As it always happens, major studios started dropping their titles in mid-development, only to jump on the Super Mario 64 craze train in an attempt to create a similar, competitive game and launch it before their competition.

Rare, the developer of Conker’s Bad Fur Day went with the flow and dropped their in-development projects, only to reuse the game’s engine to simultaneously develop two 3D platformers. One of them was Banjo-Kazooie, and the other was Conker’s Quest. The first went on to feature the now-iconic bear and a bird, while the latter followed the adventures of a cute squirrel, which just loved its acorns, and didn’t try to distill them.

While Banjo-Kazooie turned out to be a massive hit that later grew into an entire gaming series, Conker’s Quest never saw the light of day. Rare showcased both games, but the audience considered Banjo-Kazooie as a superior title, so Conker’s Quest went back to the drawing board. Unfortunately, Rare must’ve misplaced the blackboard since the developer had completed and released an entirely different Conker game for Game Boy Color in 1999.

In the meantime, Conker’s Quest was still receiving its makeover and would soon become a game that would challenge everything we previously thought about Nintendo as a maker of family-friendly games. Somewhere between the pitch sales and showcases, the development of Conker’s Quest, rebranded into Twelve Tales: Conker 64, took a hard-left turn, as the developers, artists, and even musicians wanted to express their creative frustration through the otherwise family-friendly game.

Soon enough, violence was added to the game, followed by its more extreme forms, and when that became insufficient, the developers started adding adult jokes and film parodies. In fact, each section of the game is built around a specific joke, which only makes the gameplay more varied and diverse. Even nowadays, 21 years after Conker’s Bad Fur Day was released, there’s only a handful of gaming titles that are as chaotically glorious as Conker was.

The gameplay allowed gamers to control the protagonist as he’s getting drunk and uses his urine to fight off demons. The whole story is a mess; Conker blacks out and has to get back home before his girlfriend gets mad at him. And he’s being a complete jackass along the way, as he flirts with other female characters in the game, steals money, uses bribery, and makes fun of others. Even the game’s opening scene had Conker destroy the N64 logo with a chainsaw.

As stated before, Nintendo doesn’t shy away from adult content, but Conker’s Bad Fur Day was so bad — not by quality but by its content — that Nintendo outright refused to distribute the game in Europe. Even despite its saucy bits, and overall fantastic gameplay, this masterpiece sold less than 55 thousand copies.

Of course, the ending of Nintendo 64’s lifespan played a massive role, as well as advertisement exclusive to the older audience. However, in more than two decades of its existence, the brilliance of those behind Conker’s Bad Fur Day was finally recognized, and the game received critical acclaim, and insanely high review scores (up in the 90th percentiles), thanks to its crude jokes, excessive violence, and sexual content contrasting with an emotionally dark plot.

Ultimately, Conker ended up depressed and alone, both in and out of the game, since Microsoft bought Rare and shelved the Conker gaming series. Still, the N64 mischievous adventure is surprisingly fun, even by modern gaming standards. More importantly, the game lives on as proof that a team of genius creatives had managed to sneak an incredibly adult game onto the Nintendo console, which infuriated Nintendo — resulting in the company’s stringent policies regarding their releases, patches, and recalls. Many believe that Conker, just like Turok, also deserves a next-gen remaster.