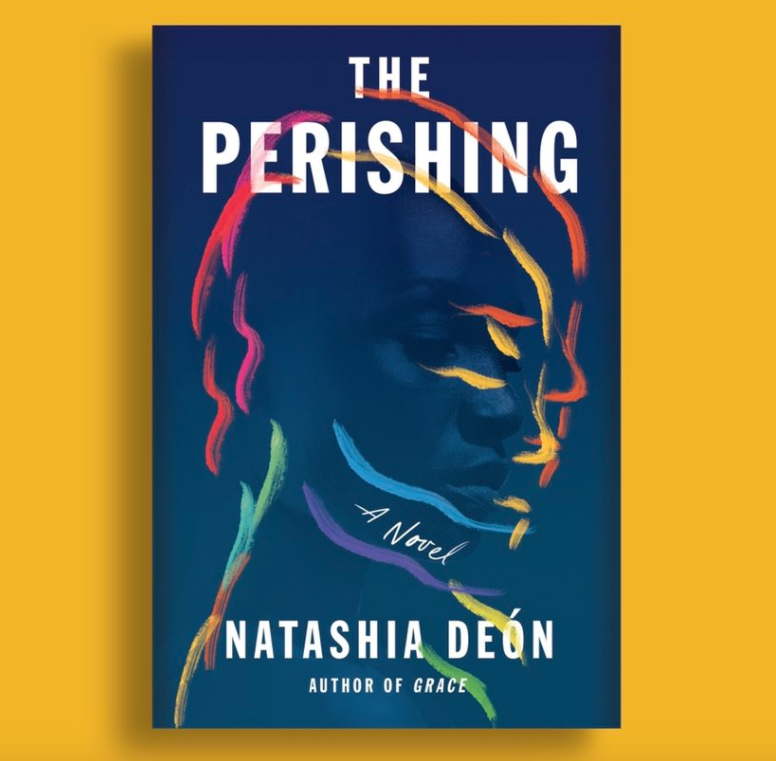 In the tradition of Octavia E. Butler and N.K. Jemisin, defense lawyer and educator Natashia Deón brings us her novel The Perishing, introducing a tale that is both haunting and beautiful.

Deón, an advocate for the abolition of the prison industrial complex, believes in restorative justice. She’s also a creative writing professor and mother of two who founded the nonprofit Redeemed, which provides services to formerly incarcerated people.

Her 2016 debut novel, Grace focuses on a runaway slave during the final years of slavery in the 1840s south. It depicts a ghost story similar to Toni Morrison’s Beloved. Also having supernatural themes, The Perishing centers around the character Lou, a young Black woman living in 1930s Los Angeles who wakes up in an alley one day with little memory of her past, yet she swears something similar happening before.

She is adopted by her foster parents as she tries to recall who her birth parents are and what happened to them. Trying to weave together the past, present and future, Lou grows up, becomes the first Black woman journalist at the Los Angeles Times and makes new friends. However, on a very human quest for self-knowledge, she discovers that there is something strange about her — she’s immortal.

Haunted by nightmares of her past lives and the recurring face of her past lover, Lou is cast into a fantastical journey to not only understand herself but also to save the world. Finding out the purpose of having many lives becomes paramount.

Perhaps the most intriguing thing about The Perishing lies at its core with the ability of a Black woman immortal to navigate seemingly endless planes of existence. For Lou, anything can happen, and that is both frightening and glorious because frequently she’s not in control.

With that said, the novel’s pacing is slow and poetic. Deón takes her time situating readers in her hometown city as the novel chronicles the history of Los Angeles through Prohibition, Route 66, the destruction of the St. Francis Dam, and more. It takes its time to create a plot that immerses readers into the scenery, the people and the culture.

So, for those looking for a fast-paced read that propels the plot forward quickly, this may not be the best fit. The Perishing does something very intentional with non-linear time and doesn’t want readers to get too comfortable. Any disorientation seems purposeful for audiences to get a feel for how jumbled Lou is and connect with her pain.

Both readers and Lou simultaneously piece the stories together, and they’re at the mercy of what Deón gives them, when she decides to give them. This builds a unique suspense that motivates each and every page turn. It’s a partnership between fantasy, mystery, and historical fiction with an intersectional lens that never forgets Lou is a Black woman living in LA also dealing with anti-Blackness, misogynoir, and other overlapping issues.

Deón opens Chapter 1 with, “Los Angeles has always been brown,” to situate readers in a version of LA that isn’t filled with white people. The novel even takes the time to critique Hollywood and reflect the timeline of racism and corruption within the city. She juggles a lot of content at once, and makes it work. She formulates a world in which the dangers imposed by white men can sometimes feel far more insidious than Lou’s ominous past. This world is never completely safe, whether it’s the supernatural or human forces at play, even as, as an immortal, Lou struggles to survive.

There are some lines and passages that are worth several rereads as they’re powerfully written in a way that resonates. These lines are often ones that sound closer to poetry than prose. Some lines even give the reader a break from Lou’s main plot and offer insight into the character Sarah’s more experienced recollection of being an immortal and connected to Lou. Sarah remembers, while Lou forgets — which adds an interesting level of contrast.

The rich descriptions of Los Angeles are some of the most rewarding elements of the novel. Even if someone has never visited the city at all or has no idea what it was like in the 1930s, Deón paints the picture for them, and it looks extremely vivid. From the names of streets, Black churches, stores, airports, The Los Angeles Times, and more, she succeeds in representing the city well.

Lou’s connection to the city is the magical glue that holds the story together. Seemingly married to one another, Los Angeles and Lou make it clear that this novel couldn’t be set in any other place or any other time.

The Perishing is ultimately a novel that readers will find themselves unable to put down as they, almost as desperately as Lou, work to find answers within this delicious blend of historical fiction and fantasy. Deón isn’t afraid to traverse time and space to share the literal Black girl magic of both herself as the mother of this world, but also of Lou.