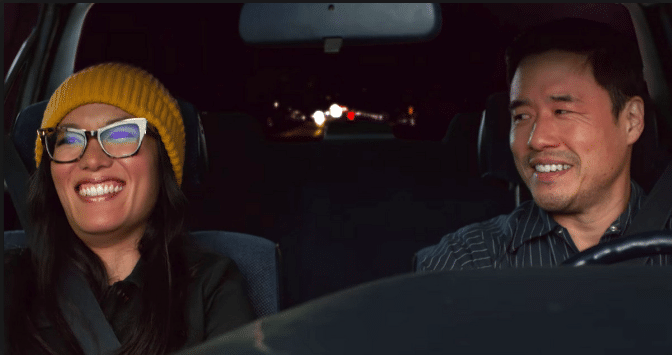 You’ve seen one rom-com, you’ve seen it all, but yet there is something a little unique about the film Always Be My Maybe, and a lot of it has to do with its eccentric and diverse cast.

Always Be My Maybe stars Ali Wong (Sasha) and Randall Park (Marcus) as two kids who develop an impenetrable friendship. Unfortunately, tragedy strikes and Sasha and Marcus have a falling out. The two separate and don’t speak to one another for 15 years. One fateful day, Sasha is now a chef and opens a restaurant in the town where she grew up in San Fransisco. As she hires a local maintenance team for repairs, she unknowingly runs into Marcus her old childhood friend. The two now have significant others and very different lives, but their connection has remained the same. 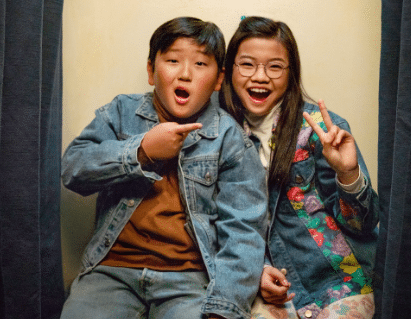 From filmmaker Nahnatchka Khan, most notably known for her work as showrunner for the sitcom series Fresh Off The Boat, Khan managed to find the time in her already busy schedule to create a cute rom-com for Netflix.

With a predominantly Asian cast, the comparisons to of Always Be My Maybe to the critically acclaimed Warner Bros film Crazy Rich Asians inevitably to be expected. However, what this rom-com captures that is unique is its relatability. While Crazy Rich Asians err to the side of more of a Cinderella fantasy rom-com, Always Be My Maybe is organic, authentic and could easily play out in the lives of anyone reconnecting with someone from their past. Marcus is kind of a goofball. He’s a weed-smoking blue-collar worker who plays in a band in his spare time. Sasha is a bit prudish, but she’s also a successful entrepreneur that has been so focused on her career she’s been blind to her choices in men.  Her fiancé Brandon Choi is even more successful but also very obsessed with his image and celebrity. His loyalty to Sasha is lacking and this relationship is hanging on by a thread.

However, when Marcus re-enters Sasha’s life, her perspective begins to change and she’s finally seeing through rose-colored glasses what she’s been missing in her life. Marcus, too, learns some lessons from Sasha and tries his best to become a better friend to her and accommodate her lifestyle. When the two begin to compromise for one another, you quickly see where this is going.

The story is as old as time and the plot is pretty predictable. The reason Always Be My Maybe is worth your time is for the laughs, a refreshing blend of culture and an appearance by actor Keanu Reeves which is the highlight of the entire film. The laughs will not end after you see Keanu Reeves appear as an off-the-wall character filled with camp and charisma, which is in perfect Keanu fashion. 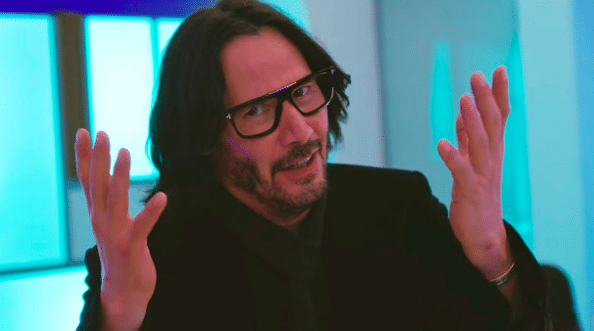 Michelle Buteau plays Veronica, Sasha’s colleague and friend who is having a baby that is ready to pop in any day. Michelle does an incredible job of keeping up the funny in each scene that she’s in as Veronica waddles around in her ninth month of pregnancy.

The character development is well done establishing moments of Sasha and Marcus’ lives as kids and the loss of a loved one when tragedy hits their home. Always Be My Maybe also has an eclectic selection of music with a beautiful blend of hip-hop, R&B, and neo-soul. The music helped set the tone to the backdrop of this story set in San Fransico.

Always Be My Maybe is far from anything super original, but its cast makes up for its idiosyncrasies and there is a large audience that will likely devour this film.

Always Be My Maybe streams on Netflix May 31st.