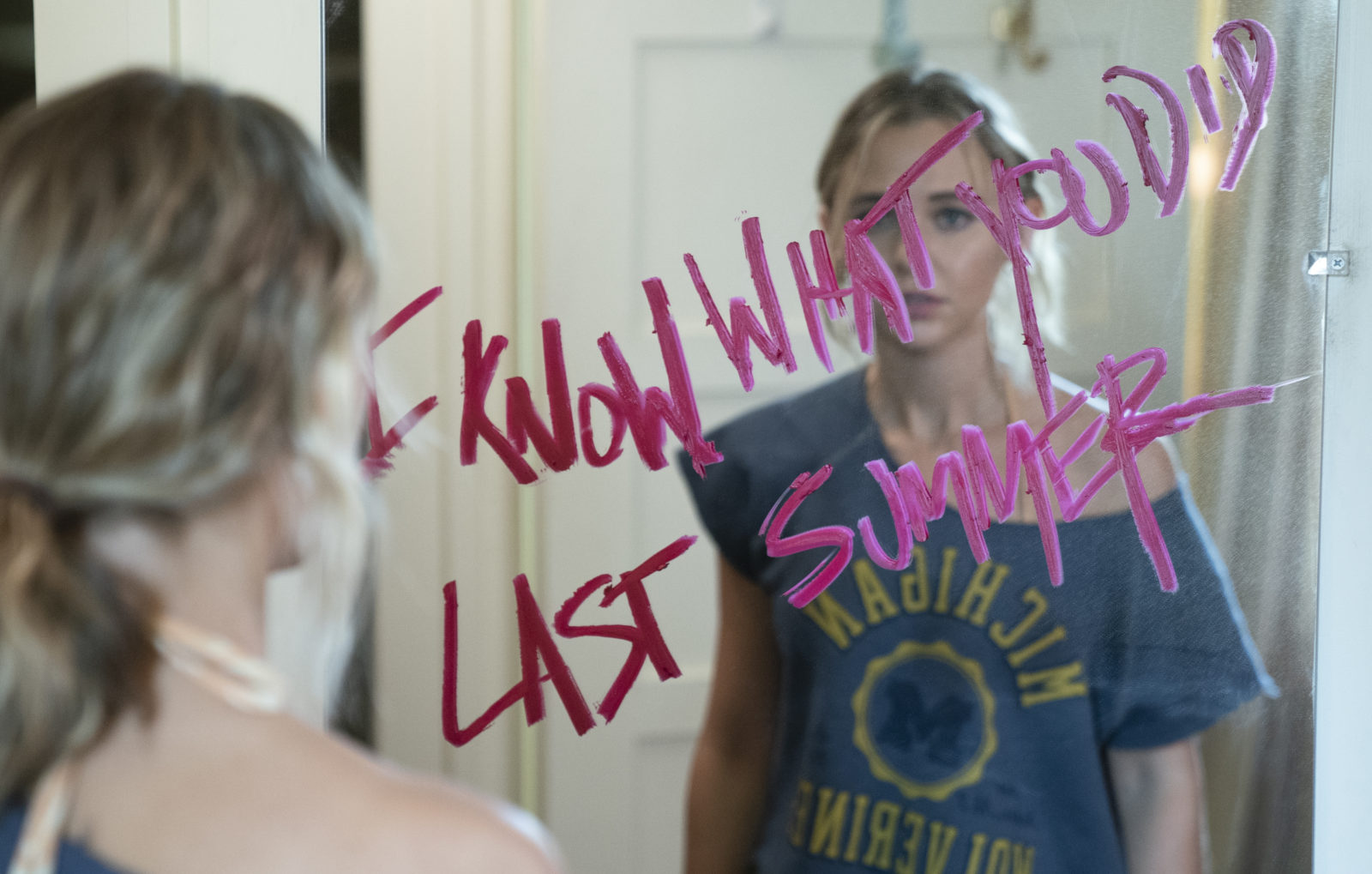 Amazon Prime’s latest series I Know What You Did Last Summer is a teen horror-mystery set in paradise. Showrunner-writer-producer Sara Goodman (Gossip Girl) puts a fresh spin on the classic tale, based on both Lois Duncan’s 1973 novel and the iconic films from the late 1990s of the same name. It’s not a remake or a reboot but a completely new story crafted from the original premise.

After their high school graduation party, a group of teens driving along winding roads accidentally hit and kill someone with their car. They agree to dump the body and pretend that it never happened, swearing each other to secrecy. A year later, they start receiving text messages from someone claiming to know their secret. The friends are stalked by a killer hellbent on revenge. The group consists of seven friends — twin sisters Lennon, an outgoing party girl, and Allison, a quiet loner; Margot, the Instagram-obsessed diva; Riley, the tough-girl outsider; Dylan, the somewhat nerdy, angsty guy; and Johnny, the friendly cool guy.

I Know What You Did Last Summer introduces a new cast of characters rather than modernized incarnations of the original film’s characters, which was a smart choice. In her interview with BGN, Goodman said, “There’s little shout outs, but I think certain people are gonna be mad, maybe, that certain pieces are missing, but they weren’t in the book. Also, I mean if I put a fisherman in, you’re gonna know he’s the killer…I have my own version.”

The graduation party scene is like any other teen party in movies and shows — plenty of neon lights, glitter, and hallucinogens. There are hookups, superficial fights, and confusing relationship dynamics. This is where we first meet all of the characters, but it’s so chaotic that you don’t really grasp who they are until they’re out of that environment.

Every character is unlikable, with the exceptions of Johnny and Dylan. They collectively serve as the voice of reason in the group. Johnny’s not given much to do and someone (not him) mentions that he’s gay in every scene, making it so his identity revolves around his sexual orientation. Dylan is sort of dismissed as the dark, awkward guy, but he’s a bit more nuanced than that. He still doesn’t get much screen time, though.

The characters’ behaviors often don’t make any sense, easily going from incredibly cruel to genuinely kind. It can’t all be chalked up to complicated teens in the process of discovering their true identities or being under the influence of drugs and alcohol. Their personalities aren’t developed enough for it to seem like natural transitions.

Bruce (Lennon and Allison’s dad) comes off as an overbearing yet “chill” kind of dad, which is an odd combo. He’s just there for his daughters to roll their eyes at and walk away from. He gets a side story, along with the other adults, but the characters aren’t interesting enough to carry subplots of their own.

Dialogue is arguably the worst part of teen shows/movies. Trendy slang isn’t the problem, but rather the overuse of F-bombs and constant sexual innuendo. It comes off as characters who need to show that they’re edgy, but it’s just cringey. There’s also an unexpected amount of sex in the series, which isn’t necessarily a bad thing. However, it doesn’t seem to fit the tone.

The 1997 film is set in Southport, North Carolina, a small fishing town. In the show, we’re in sunny, breezy Hawaii, a much different setting in comparison. There’s still the seaside atmosphere with the dreaded winding roads and small-town gossip. This tropical location may seem unusual for a horror series, but it almost makes it even creepier that there’s a killer lurking around on this beautiful island.

I Know What You Did Last Summer follows the “creepy, anonymous texts” formula of teen horror-thrillers today. The jump scares are overdone to the point where, on the rare occasion that something actually happens, it doesn’t have the same impact. The first kill was pleasantly gasp-worthy, and hopefully more will follow. While not a complete bust, it wasn’t that memorable. It might be worth a watch out of curiosity, but some may not make it past the first episode.

I Know What You Did Last Summer begins streaming October 15 on Amazon Prime Video.