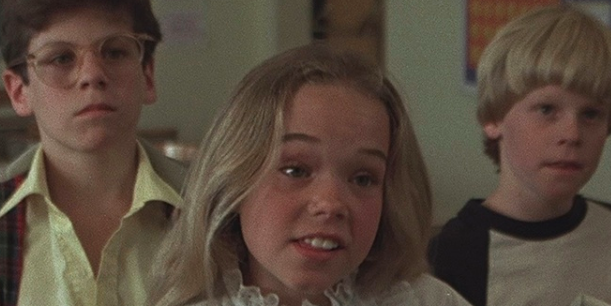 Fantastic Fest is home for a variety of films that range from the classic to the contemporary.

It comes as no surprise that a period piece would find its way into this festival. Bloody Birthday is a 1981 film that has been fully restored and presented in the silver screen at this year’s festival. This horror/thriller piece reminds us all why children are not always as innocent as they appear to be.

The birth of a sinister plot like Bloody Birthday was derived from two minds: Ed Hunter and Barry Pearson. The film was directed and written by Ed Hunt, who, in recent years, has directed Halloween Hell (2014). His co-writer Barry Pearson has also helped in this creation. The story involves three children who go on a murdering rampage.

A quiet California suburban neighborhood on June 9, 1970, would be unaware of the evil unleashed with the birth of three babies. A solar eclipse occurred that would block off Saturn by both the Moon and the Sun. When this occurs, three children are born without a sense of morality or conscience. The film then fast forwards to the three children’s 10th birthday week. As the children develop and grow older, the town suffers from a mystery that can not seem to be solved. No one is safe from the murders that seem to happen sporadically.

Many people believe that catastrophes happen in threes. For the purposes of this film they really do. Curtis Taylor (Billy Jayne), Debbie Brody (Elizabeth Hoy), and Andrew Freeman (Steven Seton) are the three main children antagonists of the film. Everyone loves a good villain, and these three deliver what so many want to see. The child actors’ performances are genuinely believable. As the storyline develops, you start to see them less as children and more as deranged murderers. The movie clearly blends children growing out of their childlike games and puts them into a more serious role.

The film mise-en-scène is created in such a way that it allows the audience to feel these actions are possible, while reminding them that it is just a movie. It’s dazzling the way the film cleverly portrays childlike innocence to draw viewers into a false state of security, while then, when they least expect it, revealing the characters’ lack of conscience. The music, editing, and lighting are used in combination to allow each character, main or other, to seem more average and normal than could be expected. This allows for the theme to continue on—that not everyone is as innocent and normal as they appear.

While there have been many positive aspects to this film, there are drawbacks. The movie is good at misleading the audience early on, but that soon crumbles a little while into the film. The film receives 2.5 out of 5. While it is an interesting film to watch and there are a lot of positive points about it, the pace of the film goes too slow, and the conclusions feel a little forced. This is a film that is worth watching for the time period and references.

Review: ‘Happy Face’ Will Put a Smile on Yours

Review: The Dark Comedy ‘Homewrecker,’ is an Absurdly Good Time