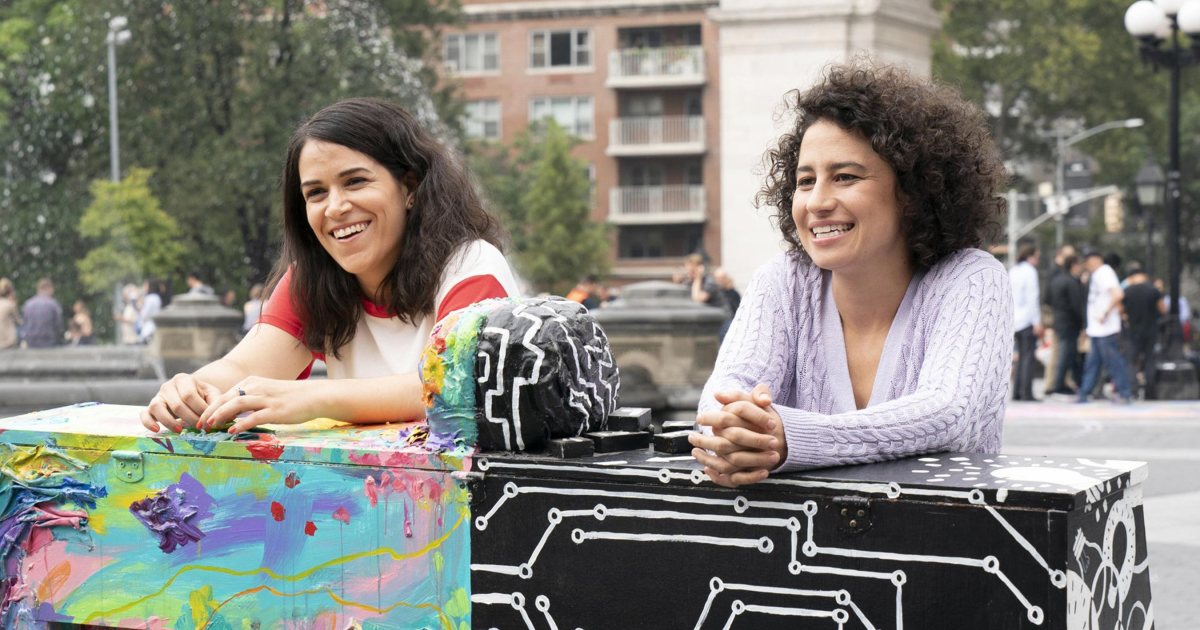 Four and three and two and one…and Broad City is back this week with its fifth and final season of the adventures of Abbi (Abbi Jacobson) and Ilana (Ilana Glazer).

Beginning with Abbi’s milestone 30th birthday, for which she and Ilana have decided to walk the entire length of their fair isle of Manhattan. Since these girls can’t do anything the easy way, Ilana helps them both out by wearing a pair of too-small platform shoes that lead her down a manhole. Ilana lives that New York nightmare by falling into an open sewer grating, trashing her ankle in the process, as she continues to film Abbi’s birthday InstaStory. Because Ilana. Hers is one of the funniest Instagram stories you’ll ever see. Until she drops her phone in the Hudson and has to continue her documentation of Abbi’s 30th on Abbi’s own phone. Of course she does.

Always on the forefront of millenial culture in NYC, Broad City season five opens with a series of bada-booms that take the show down some surprising and unexpectedly melancholic paths, as well as the usual comedic jackassery that we know and love Abbi and Ilana so much for. But this is its final season, and we can sense the finality right from the start. 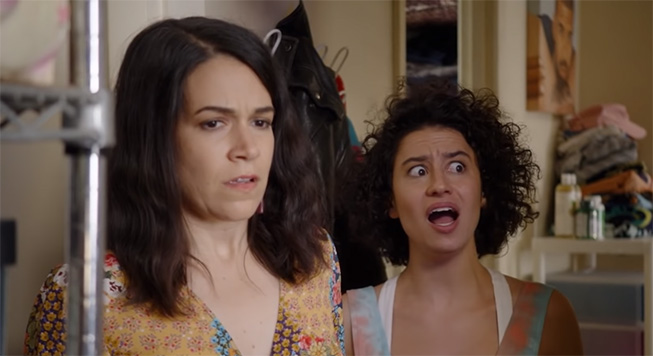 In its premiere episode “Stories,” Abbi’s 30th has their regular hijinks and nonsense. At the same time, Abbi is also deeply examining her life and her goals to see what fits and what needs shifting. She’s in another dead-end job as a sales clerk at Anthropologie, and her attempts to move up into their art design departments are self-sabotaged as always. She wants more, and definitely wants art to play a bigger part in her future career, but still doesn’t quite know how to go for it. She begins by deciding that her art needs to be a priority, even if she has to shill hours at a boring day job. Shifting how she thinks about what artists need to do to live their passion suddenly opens up new avenues for her, even though she keeps stumbling as she tries to catch her stride.

As her best friend takes a deep dive into her own life and goals, Ilana finds herself suddenly adrift, not having considered her own future outside of whatever daily goals she may have that mostly consist of smoking weed or sex. Ilana’s roommate Jaime (Arturo Castro) has a new and adorable boyfriend Johnny (Guillermo Díaz), and surrounding the reveal of Jaime’s previously unmentioned stress-related mental illness he and Johnny discuss taking their relationship to the next level. Ilana is getting left behind and needs to catch up, or decide to stay where she is. With these uncomfortable choices in front of her, Ilana ovaries up to reveal she’s not as rudderless as we’ve thought all this time. She starts to realize she has a gift for making space for people, and an ability (sometimes through her own foibles) to help others see clearer and communicate better even when the talks are hard and the love is tough. 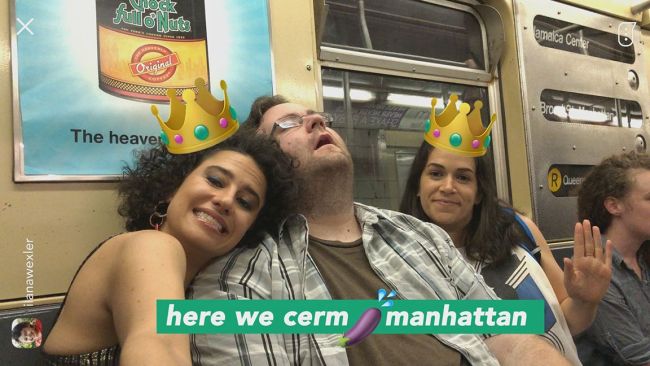 I’ve never had tears in my eyes while laughing during Broad City watching two of my favorite women finally glowing up. Yas, Kweens!

It seems like I’m making this season sound so serious — which it is in its underlying themes of change and transformation. But all of these heavy notes are constantly tempered by Abbi and Ilana’s brilliant physical comedy and snappy intersectionally feminist dialogue. Like Drunk History, Broad City is the punching-up kind of humor, and there are so many moments that will inspire a “hell yeah” out loud. My favorite moment so far was Abbi and Ilana’s epic middle-finger rage dancing in front of Trump Tower. This is going to become one of the first viral meme of their opening episode, among a few other choice moments I wouldn’t dare spoil.

While endings and new beginnings are certainly a theme, a new discussion of both Abbi and Ilana’s sexualities also center stage. Ilana’s polyamory coupled with her long-term relationship with Lincoln (Hannibal Buress) has its yearly negotiation, to some wild results. And as Abbi has explored her heterosexuality over the past years, there are some beautiful new developments in her arc. I can’t wait for the Broad City fans to see where this beautiful and hilarious show is going for its final walk around the block. 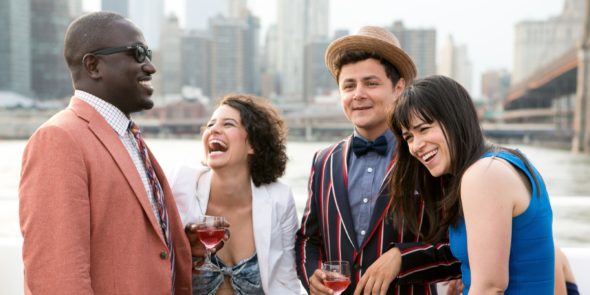 Abbi and Ilana’s chemistry is so remarkable, and their talents are stupendous. I have to admit I was sad to read that they both plan to take a break from being in front of the camera to the producer side of things in the wake of Broad City’s ending. I love their faces and comedic stylings so much, I will miss seeing them regularly. Most of all I will miss their glorious friendship. But that said — and in the spirit of another lesson Abbi and Ilana learned on her birthday walk — I will be sure and be firmly present as each of these last episodes airs. Broad City’s final season is funny, gross, and wonderfully touching, just like the other four. Strap on, I mean in for the last adventures with our so very special girls.

Meet The Cast and Creators of the New Series ‘The Afterparty’