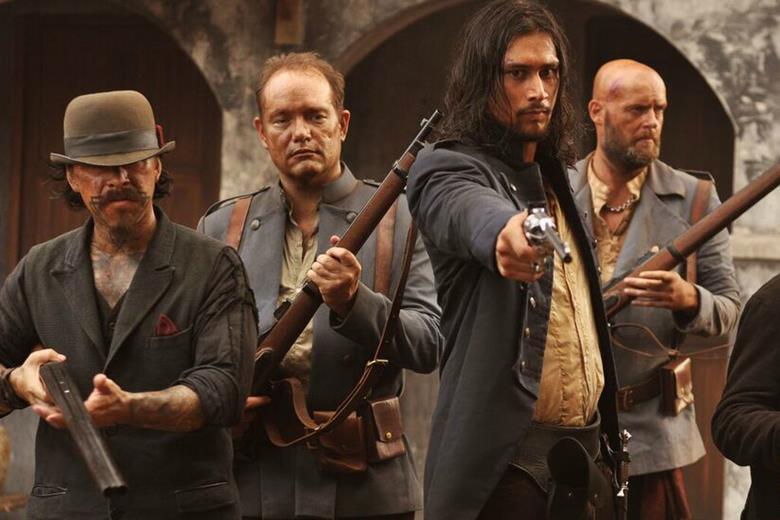 Mike Wiluan’s Buffalo Boys, an action-packed film mixed with American and Indonesian culture, gave me the action I wanted and then some.

I love a good action film with car chases, intense fight scenes, and a good plot that will have me on the edge of my seat. Instead of cars and a movie set in New York or Los Angeles, Buffalo Boys provided plenty of action and fight scenes set in Indonesia and Singapore. Because it’s a western film, there are no cars and buffalos instead of horses. There’s also martial arts, swords, and knives.

Buffalo Boys is producer and writer Mike Wiluan’s directorial debut. He also wrote the story with Raymond Lee, who wrote the screenplay. Wiluan rides on the heels of the blockbuster film, Crazy, Rich Asians, of which he was a producer. Buffalo Boys is also the latest film from Wiluan’s Infinite Studios, a multimedia company he established in 2003. The film is also representing Singapore in the Best Foreign Film category in this year’s Academy Awards.

Released under Samuel Goldwyn Films, Buffalo Boys is described as an “action-packed film set in late 19th century Java. It blends the ‘Wild West’ story structure with the rich, historical and cultural elements of Indonesian heritage.” The film is about two brothers, Jamar and Suwo, who return to the Indonesian island of Java with their paternal uncle, Arana, after years of exile in America. They return to avenge the death of their parents, particularly their father Sultan Hamza, murdered in a massacre led by Captain Van Trach and his Dutch soldiers.

When Jamar, Suwo and Arana return to Java, the island remains controlled by Van Trach and his soldiers, including his right-hand man, Drost, who is an islander. Under Van Trach’s regime, the Javanese people are forced to forgo growing rice for food and instead produce opium. It’s either that or be placed on trial, which usually ends with a public execution. While working on their revenge, the brothers and uncle meet a father and his two daughters who are trapped under Van Trach’s regime. Together, they face the enemy, unearth secrets and strengthen family bonds while fighting for their lives and the island community. 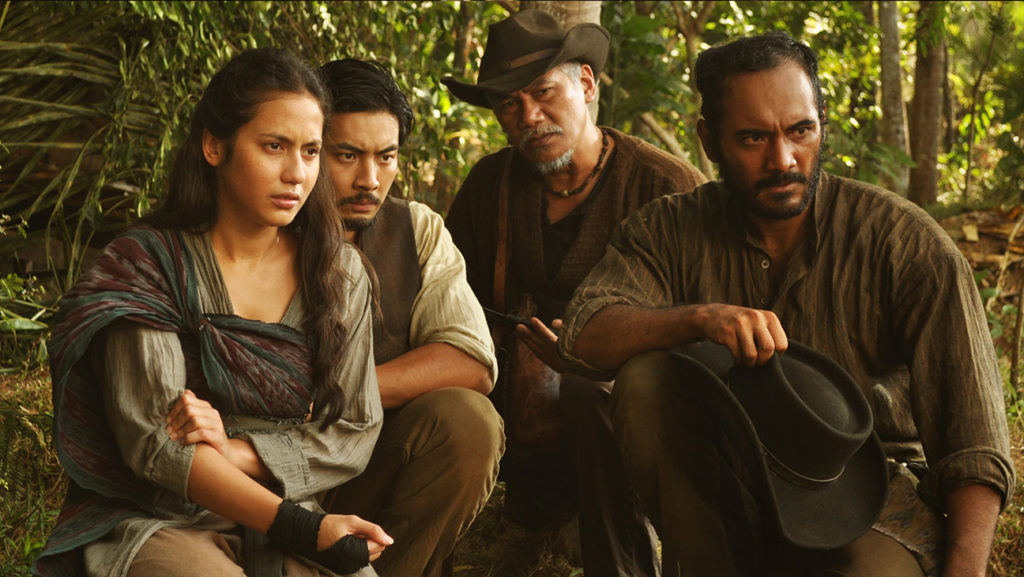 Buffalo Boys can be labeled as a spaghetti western, but it would be unfair to do so. While there is some legendary folklore involved, the story line is strong with the heritage and history of the Indonesian island Java.

The film has a variety of themes. There’s the strong sibling bond, shown in flashbacks of Sultan Hamza and Arana, who fight the Dutch soldiers while trying to escape. Jamar and Suwo are with their father and uncle as babies in a woven straw basket. There’s a promise made by Arana to care for his nephews before Hamza meets his violent fate. You see the bond between Jamar, Suwo and Arana as they return to Java as adults being guided by their aging uncle. More of this sibling bond is present with sisters Kiona and Sri, who meet the trio through dangerous circumstances.

Another theme that is visible in Buffalo Boys is Kiona’s fight to be seen as an equal among men. She can ride a buffalo, teaches herself archery, and other typically activities. She’s also outspoken, which is a dangerous trait to have while living under controlled circumstances. In America, she’d be labeled a tomboy and troublemaker. In Java and in her father’s eyes, she is being disrespectful to men and is expected to do womanly chores and remain quiet. At the same time, Suwo is deemed as the little brother who has to prove himself to be strong and show more leadership qualities like his brother Jamar. 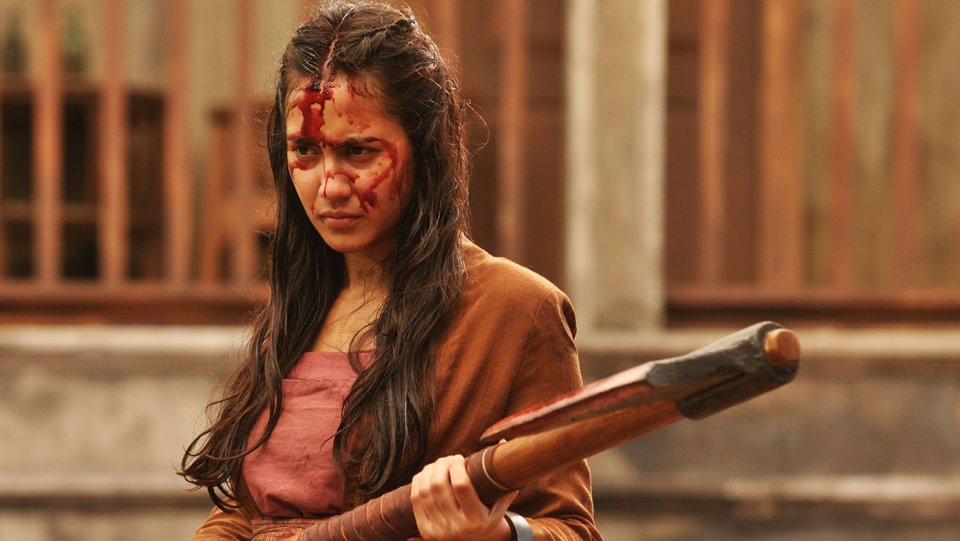 Throughout the movie, domination and fear in the poverty-stricken community on the island is prevalent. The people are prisoners who are “registered” by a branding method of a hot iron rod or a hot knife on skin. Branding has been used for centuries nationally and internationally as either a symbol of ownership (slavery, prison camps, gangs).

The talented cast of Buffalo Boys carried this revenge western. Lead actors Tio Pakusadewo (Arana), Yoshi Sudarso (Suwo), Ario Bayu (Jamar), Pevita Pearce (Kiona) and Mikha Tambayoung (Sri) are well known actors in Indonesia’s. Pevita Pearce, for example, has more than 10 million followers on Instagram. Sudarso and Bayu’s chemistry as brothers Suwo and Jamar is believable. Despite their differences, they share a bond that allows them to come together to right any wrongs. Pakusadewo as Uncle Arana embodies the strength and wisdom you’d expect from an elder who has lived his life dealing with the fact that he could not save his own brother. There’s also a secret regret that Arana carries that is revealed in a surprising, intimate moment. Reinout Bussemaker was believable as Van Trach, the Dutch ruler who turned the island into a place where everything was about him.

As an action movie, Buffalo Boys did not disappoint. The strength of the movie is in the story of families seeking not only revenge but freeing themselves from control and ownership. The fight scenes involving wire stunts (known as wire-fu) — think The Matrix, Crouching Tiger, Hidden Dragon, John Wick, and any other martial arts film — are well choreographed. Slightly weaved through the gunplay, martial arts, and sword fights, there’s some light humor, particularly in one scene involving Suwo, Jamar, and skinny dipping.

Buffalo Boys is good, action film with a strong story that carries the characters well and the actors make it all work. Buffalo Boys has some graphic, violent, and some disturbing scenes, but they feel necessary to the story and not at all gratuitous. I look forward to seeing more work from Wiluan as a writer, filmmaker, and director.

Buffalo Boys is now in theaters and video on demand.