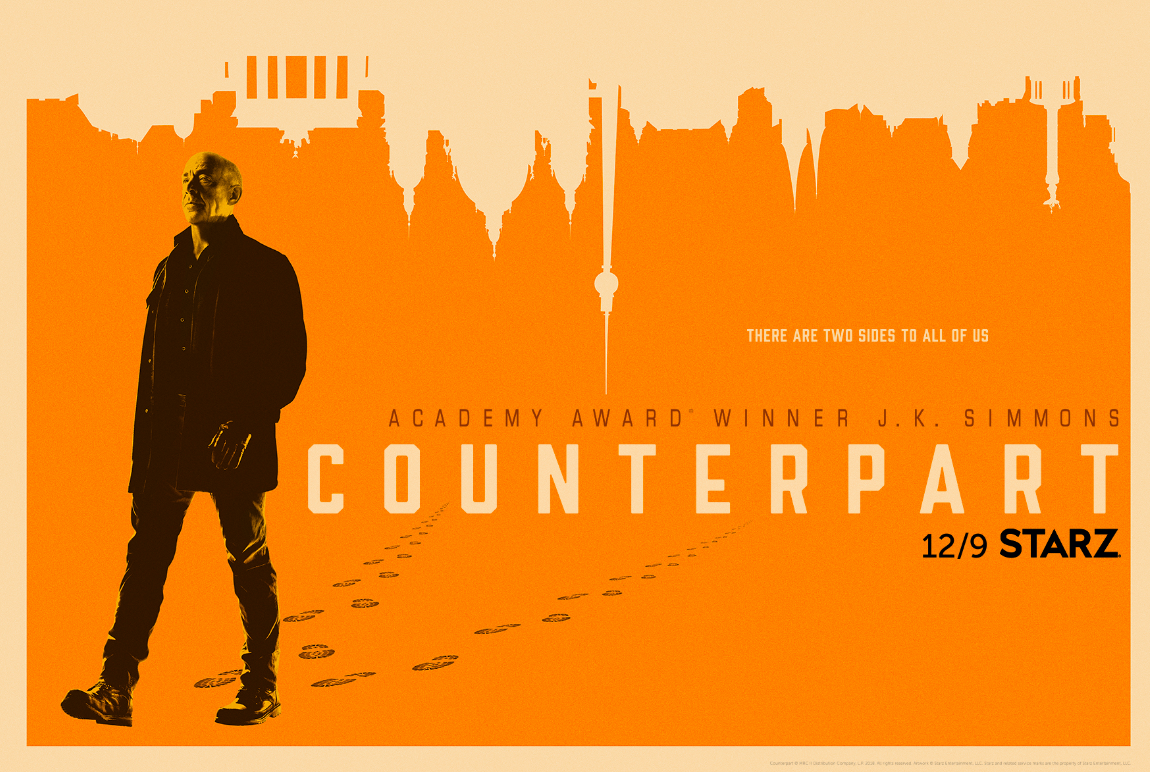 Howard Silk (J.K. Simmons) is a low-level UN employee in Berlin with a simple life focused on menial work, and his beloved wife Emily (Olivia Williams). Or so he thought. After a car accident that was nothing of the sort putting Emily in a coma, an entirely new world emerges for Howard. Literally. Justin Marks’ Counterpart follows Howard and a growing ensemble cast as he learns about the parallel universe that opened up in 1988 at the former site of the Berlin Wall. As well as the terrible role his wife plays in these most gruesome of events. The “Other” world started off as an exact replica of our own. But years went on, and the divergences got bigger and bigger. As did the espionage and intrigue. 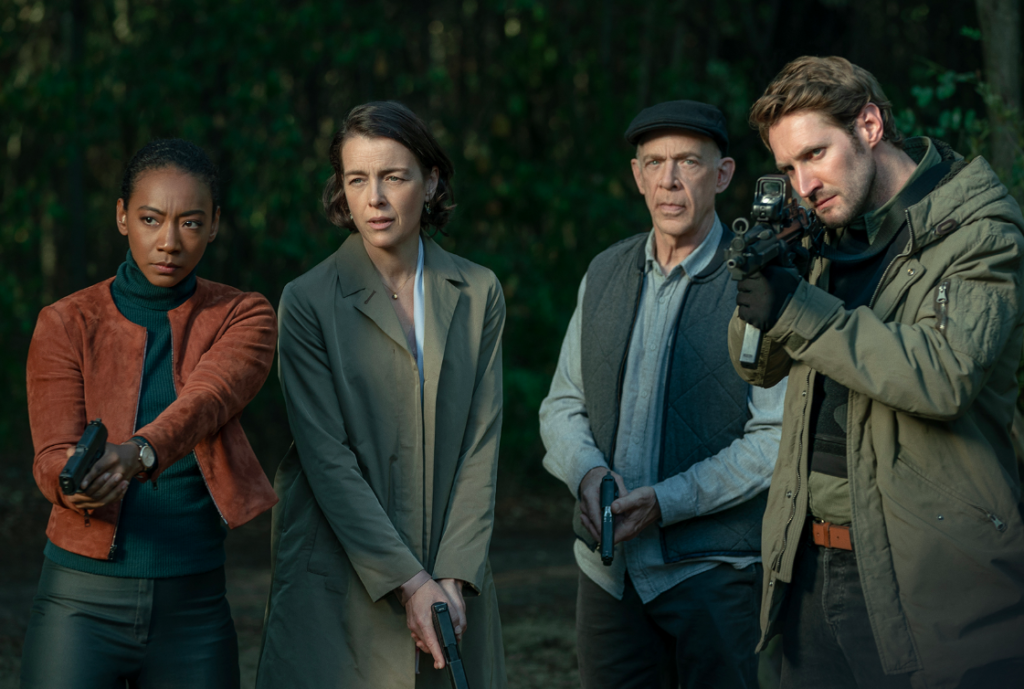 A shadow group named Indigo has been funneling spies from the “Other” world into this one for an elaborate revenge plot. This rogue faction believes it was this world that released a flu virus into theirs that killed billions of people. To be exact: 15% of the population. An unprecedented act of global genocide. And Indigo is planning something equally horrific to balance the scales.

But Counterpart is not just a Cold War-inspired science fiction drama with some of the most magnificent performances in recent television history. Along with J.K. Simmons and Olivia Williams’ astounding work, Nazanin Boniadi as Clare Fancher and Betty Gabriel as Naya Temple shone with inner spotlights radiating out. I actually feel guilty for not mentioning every single person who spent even a moment on screen. There are no bit parts here, everyone had meaning, and the chemistry between the entire cast was breathtaking.

Counterpart is a philosophy of identity and an examination of the very nature of the human soul. It is also one of the most inclusive and representative shows I’ve ever seen, beautifully reflecting the natural diversity of a United Nations environment down to all the shades of melanin, differently accented English, and an international perspective that particularly resonated with me as someone who grew up in a similar environment — minus the magical portal and parallel universe, that is. I’ve never seen my background reflected in a piece of visual media to this extent, and as odd as the world is, each episode somehow felt like returning to an idea of home. Anyone who has had to negotiate multiple worlds — culture, society, country, language — can relate to the kind of dissolution of self the people who know about Counterpart’s Crossing eventually feel. The fact that Counterpart has so many fierce leading ladies, and so many of them women of color, is just another layer of social significance Justin Marks’ creation has brought us. 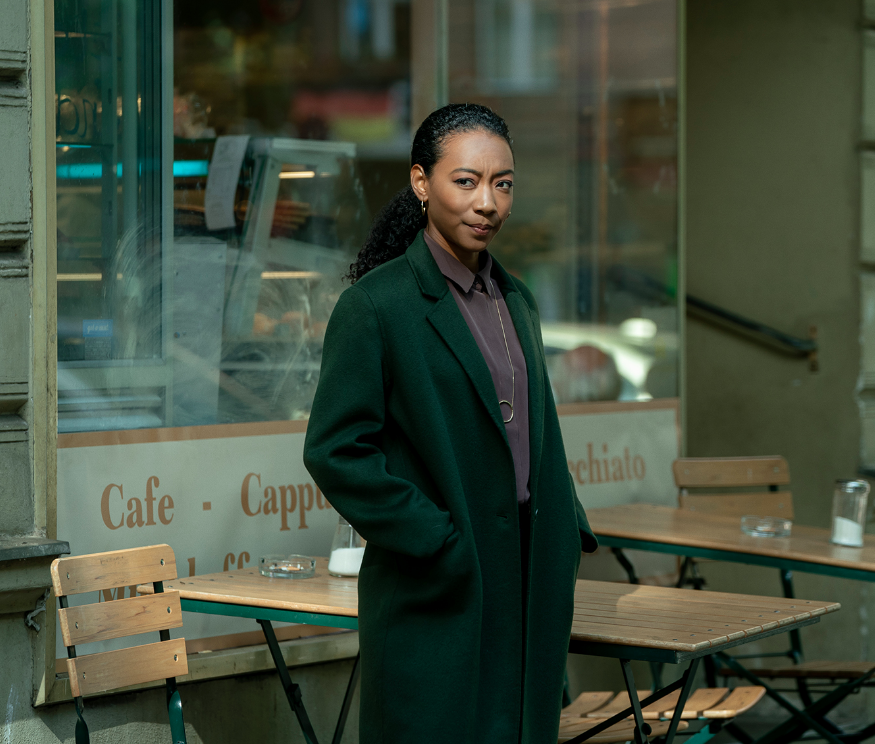 Counterpart’s creative team has managed the incredible feat of taking a wholly implausible story and turning into something that seems perfectly realistic. So realistic that Counterpart often felt like theatre, like a Shakespeare production, rather than a TV show on prestige network Starz. Yes, there is action, wild fight scenes, shootouts, car chases, torture and more as the plots thicken. Yet it’s the intimacy of the one-on-one screen time, often with an actor in a dual role, that really packs the emotional wallop. The quality of the actors, most of whom do come from stage backgrounds, and especially as their characters confronted their doubles was so remarkable I found myself watching Counterpart on loops. Every time I watched it I saw something new. A new piece of foreshadowing, a different level to a character, a fresh piece of information about the many stories unfolding over the course of these two spectacular seasons. These reveals often happen in as much as a blink. It’s remarkable. I’d argue that Counterpart is one of the best shows of all time, moving up there with Bryan Fuller’s Hannibal and David Simon’s The Wire. 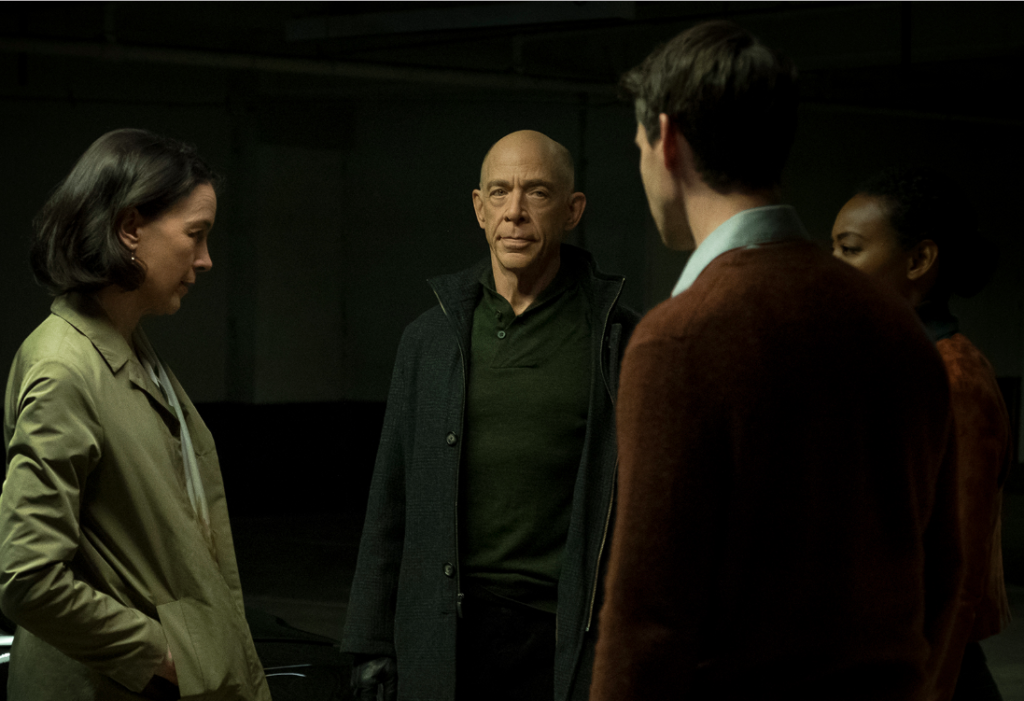 Using the backdrop of Berlin to tell this story about displacement, in particular, the reference to the Berlin Wall that once separated East Berlin from West, has a current resonance as well as historic. That the site of this terrible societal rupture is used as a metaphor for worlds splitting into two is poetic and powerful. Counterpart never stops asking the eternal question: What is it that makes us who we are? Is it our genetics? Our childhoods, good and bad? Are we the sum of our actions and emotions? Or is there something more primal and fundamental in how a person develops and grows? As we meet the same people on different sides and grow attached to one or another — or even both — the entire notion of sides begins to deconstruct.

And by the end of Counterpart’s fantastic second season tables have been irrevocably turned, and while people may finally be back in their own worlds, there is a palpable sense they will never be content there ever again. The events that unfolded were heartbreaking. And also carried a great deal of truth in spite of the fantasy sci-fi narrative framework that doesn’t usually lend itself to this level of realism. It’s really disappointing that Counterpart has an uncertain future. As of publishing this review, there has been no announcement for Counterpart’s third season yet. Renewing a show as insightful and meaningful as this should be a no-brainer. What Counterpart has contributed to cultural representation on screen is unprecedented. Not continuing this important work is a travesty.

Counterpart asks so many questions of us. Maybe one of the most important ones is about trust. There is an element of possession horror narratives in Counterpart that keeps us guessing who really is anyone and, in particular, who really is this person you thought you knew. By the end of the second season, I knew that watching Counterpart from the beginning would be an entirely fresh experience with everything we learned. That isn’t television. That is art.