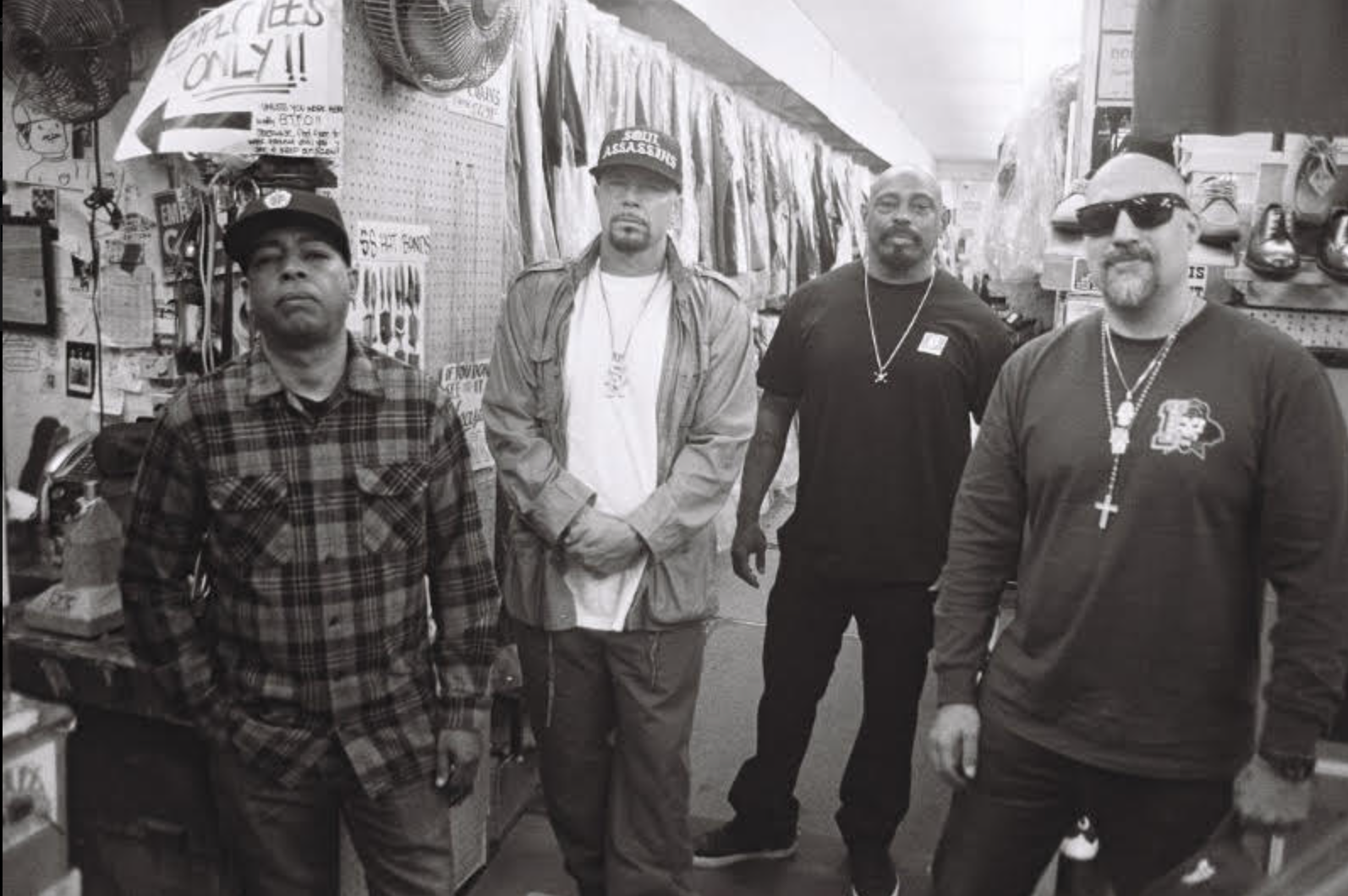 What do you get when you mix Latin roots, West Coast swag, and Hip Hop? The answer is a laid-back but interesting haze-filled ride through history with one of the iconic rap groups of the 1990s – Cypress Hill.

Cypress Hill: Insane In The Brain documents the story of the group’s epic evolution as told through intimate photographs and video shot by director Estevan Oriol – Cypress Hill’s longtime photographer and friend.

It includes interviews with the group’s members and interviews with legends both inside and outside of rap’s well-known community. “Cypress comes from our generation where you had to be different,” says Ice-T in a segment of his interview, and this documentary highlights how they set themselves apart in a genre of music that quickly grows and changes.

B-Real (Louis Freese), DJ Muggs (Lawrence Muggerud), and Sen Dog (Senen Reyes) met in Southeast Los Angeles in the area of South Gate surrounding Cypress Avenue. This would later lend itself to naming them. They formed a group, moved in together, and began recording their demo with DJ Muggs as the producer. Through experimenting with infusing Latin influences, developing B-Real’s nasally tone, and rhyming about marijuana use, Cypress Hill found their undeniably unique sound and garnered the attention of Ruffhouse Records.

After signing with Ruffhouse Records, their self-titled debut album put them on the map with singles such as “How I Could Just Kill A Man” and “Hand on the Pump”; However, it was their inclusion on the Juice soundtrack with the song, “Shoot ‘Em Up” that skyrocketed the group to stardom. Their Grammy-nominated hit single “Insane in the Brain” from their second album, Black Sunday, secured their place in hip hop history. Through this success, the group continued to stretch the seams of hip hop by skillfully flirting with rock, as well as other means of expanding their sound, maintaining their relevance in an industry rife with one-hit wonders.

Outside of the music, Cypress Hill have always been very vocal supporters of the legalization of both medicinal and recreational marijuana use. As a result, they were dubbed the “Cheech and Chong of rap”. They willfully smoked on stage long before marijuana was legalized in pockets of the United States, making them rebels even in the music world and sometimes creating issues for the group. Out of that playfulness surrounding their marijuana use, B-Real created an alter ego, Dr. Greenthumb, who would make appearances in songs, on stage, and has extended B-Real’s legacy beyond the music and into the business of cannabis.

Cypress Hill’s music wasn’t their only draw. Their concerts, known for the sheer amount of marijuana smoked on stage, were transcendent for their crowds. Other earmarks of the group’s live performances were the musicians, costume changes, legendary bong tokes, and crowd surfing. Their concert crowds grew quickly, rising from 18 people to thousands of people as far as the eye can see. One such instance of that was the crowd that was amassed at Woodstock ‘94.

There is no salaciousness in this documentary; no deep-seated grievances are aired out. The biggest revelation is an explanation regarding Sen Dog’s extended absence and returns to the group, which seems driven by his own need to lean into the rock aspect of his musical interests and to find meaning in his work. Sen Dog’s foray into a heavier rock sound with another band is even discussed, demonstrating the group’s willingness to understand one member needing to take a break from the grueling demands of being on the road.

There is also comical storytelling of how the group “stole” Eric “Bobo” Correa, a Latin percussionist, from the Beastie Boys, though Correa played for both groups for a while. Correa, son of Latin jazz musician Willie Bobo, was a live percussionist for Cypress Hill’s tours but eventually became the fourth member, stamping his particular sound on the rhythm of Cypress Hill.

While this documentary won’t necessarily spark any controversy or gossip, it does provide a glimpse behind-the-scenes into a world before cell phones and social media; a world we’ve only been privy to through storytelling and photos. This documentary is gritty and real and allows us into a close camaraderie between members of a group that have managed to sustain their relationship over nearly two-and-a-half decades.

Through growth, upheaval, disbandment, and regrouping, these men have never publicly disparaged one another and have maintained that they are brothers for life. It is that strength and togetherness that continues to support them as one of the great groups of rap that still rocks the house with their music-making this documentary a treat for hip hop heads that truly love the early days of rap.
Be sure to check out Cypress Hill: Insane In The Brain, which will premiere on April 20th on Showtime.