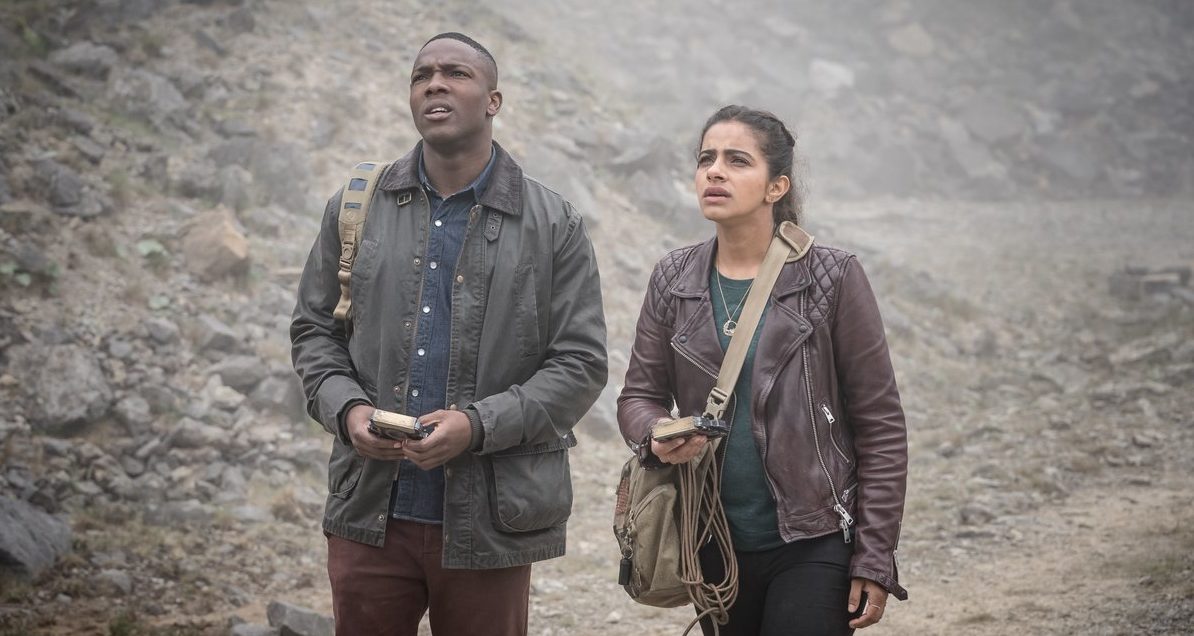 When I first heard the casting news for the 13th Doctor in Doctor Who (Jodie Whittaker) I should have been excited it was a woman. I wasn’t. It always seemed strange to me that a time-traveling two-hearted alien would always present as a white male. And a white woman didn’t feel all that subversive. In my fan casting over at Wear Your Voice, I suggested several amazing British women actors of South Asian descent instead, like Indira Varma or Parminder Nagra, as reparations for the enormous lack of representation in British media for such a huge immigrant population.

Then, Season 11 of Doctor Who aired. Not only did it feature the Doctor’s second ever Black male companion and their first elderly person, but the Doctor also had her first South Asian companion. Even better, the showrunners decided to include Doctor Who’s first ever episode about a singularly South Asian issue: the horror of post-British colonial rule during Partition in the South Asian subcontinent. Color me stunned.

With far less hesitation I jumped aboard the TARDIS with the new Doctor and her crew to find one of the most delightful and whimsical seasons in years. Do not even talk to me about Peter Capaldi and his insufferable companion Clara (Jenna Coleman). In so many ways Wittaker’s Doctor reminded me of Christopher Eccleston as the 9th Doctor, and not just because of the similar accent. Eccleston was only with us one blissful season, so this choice banked on healthy nostalgia. 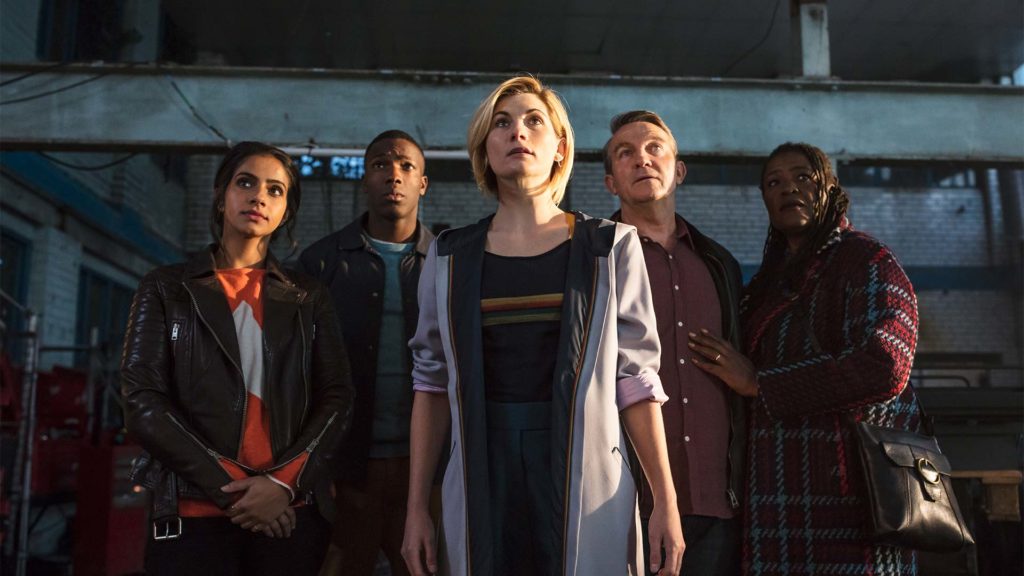 Surprisingly, Jodie Whittaker quickly charmed me over as the Doctor. I love her outfit and how she has not been sexualized or objectified. I love that she uses her original Yorkshire accent. And I love how it takes her a while to remember she’s in female form now as she bumbles through pronouns. I especially enjoyed the moment when she says that she hasn’t had to buy women’s clothes “in a while,” suggesting that the Doctor has in fact been a woman before. Yes, girl. She also regularly points out how her opinion suddenly requires seconds and thirds. “If I was still a bloke I wouldn’t have to spend so much time defending myself!” she shouts, so frustrated at her new gender confines. A most excellent touch, and especially in an episode about the mass murder of supposed witches (Episode 8, “Witchfinders”).

Ryan Sinclair (Tosin Cole) and his step-grandfather Graham O’Brien (Bradley Walsh) join the Doctor after Ryan’s grandmother Grace (Sharon D. Clarke) is killed by an alien invader who wanted to destroy Earth. Ryan’s character is sensitive and has a neurological disability, dyspraxia, which causes physical coordination problems. Ryan was already grieving the loss of his mother before the start of Season 11, a grief that only deepens with the loss of his Nan. It’s beautiful to see a dark-skinned and emotional Black man on screen, any time and any place. Ryan’s sensitivity is also mirrored by Graham, who openly grieves the loss of his wife and in fact makes some dangerous decisions because of it. This is how you do non-toxic, nurturing masculinity. It is wondrous. 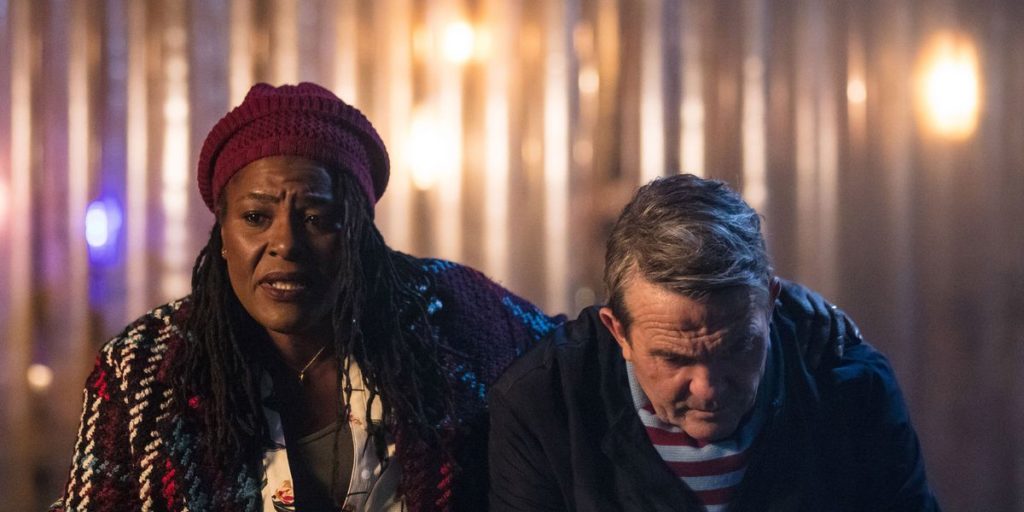 As a South Asian woman, I have to confess that Yasmin Khan (Mandip Gill) was the star of this season. Yaz is a third generation Desi, and her immigrant family is not presented in any kind of stereotype. Her father Hakim (Ravin J. Ganatra) cooks and tends the house while her mum Najia (Shobna Gulati) works as a hotel manager. When we meet her Nani Umbreen (Lina Dhingra), Yaz’s grandmother, that’s when Yaz’s family story really takes off.

Umbreen was the first woman married in Pakistan after Partition. And she was the first Muslim woman to work at a factory in Yorkshire. When Nani Umbreen hesitates to tell her granddaughters about her youth, Yaz convinces the Doctor to take her into her Nani’s past to find out. And does she ever get a reality check into what her Nani and their family had survived.

In 1947 after the ousting of British colonial forces in the South Asian subcontinent through mostly non-violent means thanks to Mahatma Gandhi, the British Raj decided to redraw the maps. What once was India, home to Hindus, Muslims, Buddhists, and hundreds of other religions and tribes, suddenly got split into India and Pakistan. India for Hindus, and Pakistan for Muslims. This split would eventually also result in Bangladesh and Nepal. Millions of people were displaced, and millions died in the resulting chaos. 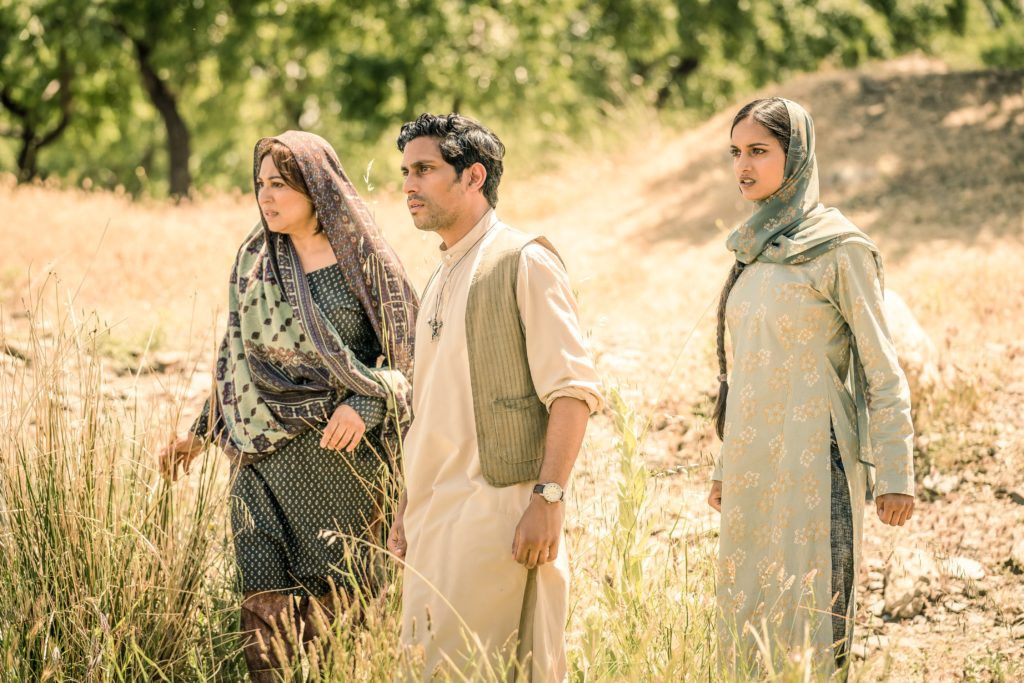 In season 11’s Episode 6, “Demons of the Punjab” Umbreen’s home was right on the new border between India and Pakistan, and she was on the eve of her wedding to a Hindu man. A family secret Yaz didn’t know about. Through this hour we see how nationalist tensions ramp up so fiercely it ends up pitting brother against brother, and family against family. Powerful, heartbreaking, and a truly beautiful moment for South Asian representation in the west. The episode was written by Vinay Patel, and it shows that a Desi insider created it. Gorgeous work. And like certain Doctor Who episodes, “Demons of the Punjab” can stand alone and still retain its important message.

Doctor Who’s 11th season also brought its social justice commentary up a few notches with notable plots around issues of addiction, sustainability and environmental degradation, the perils of automation, misogyny, xenophobia, and of course genocide, as is an ongoing theme in the Who-niverse. I was so moved by the various musings on grief from Graham, Ryan, and the Doctor. It felt like a fresh touch to the canon.

Alan Cumming’s guest spot as pompous King James in Episode 8 “Witchfinders,” with his twisted desire to kill women perceived as witches, still managed to come of as wildly charming. He was openly bisexual, which is a great theme to continue since the Doctor’s queer companion Bill Potts (Pearl Mackie) from Capaldi’s run.

In Episode 3 “Rosa” we traveled back into time to the fateful day Rosa Parks (embodied perfectly by Vinette Robinson) decided not to give up her seat for a white person. I was concerned as a British show they wouldn’t catch the nuances of Rosa Parks’ statement and the broader American civil rights contexts, but Doctor Who did it, with thoughtful aplomb. Vinette Robinson was perfect as Rosa Parks. I credit a more diverse writing room this season for these remarkable strides in representation: “Rosa” was the first Doctor Who episode co-written by a Black woman. Way to finally catch up with the times. Also, kudos for turning a mirror onto the racially segregated America that Trump supporters would like to return to. Really important work done here. Just make sure you have your tissues handy. 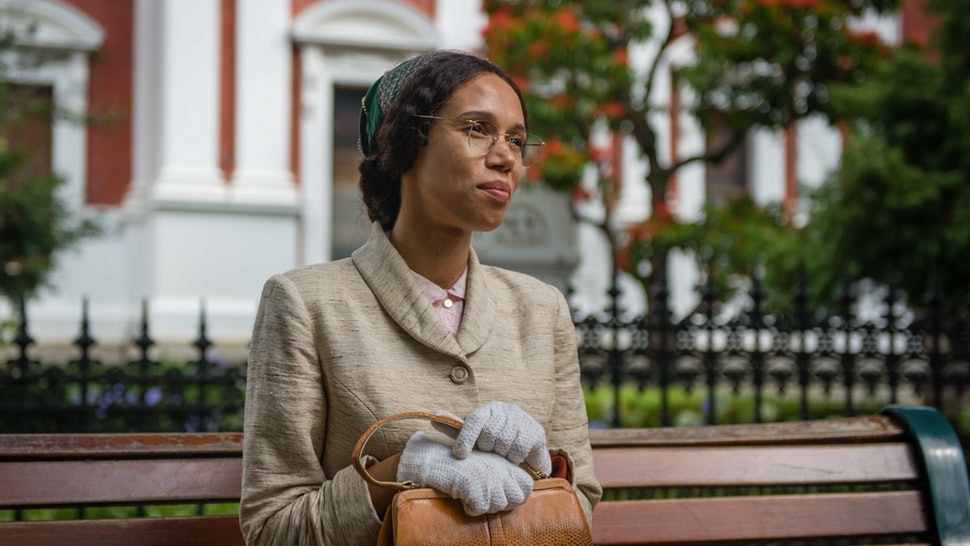 Incredibly, this season even called out Donald Trump and his vile regime by name. Punk rock, Doctor Who. I’m well back in your universe for the long-term if this is an indication of how brave future seasons will be.

To fit with the theme of breaking old habits, in lieu of a Christmas episode Season 11 had a New Year’s episode instead. “Resolution” was hugely cinematic and packed wall-to-wall with action (and those damned Daleks back again). But it also managed to sneak in a meaningful bit of family drama as Ryan’s absent father returns and tries to make amends. It’s the first time in a long time I finished watching something to feel an immense sense of hope in the future. And that is solely thanks to the new Doctor and her fantastic companions. I’m sad we won’t have any new episodes until 2020, but I have everything to look forward to until then.