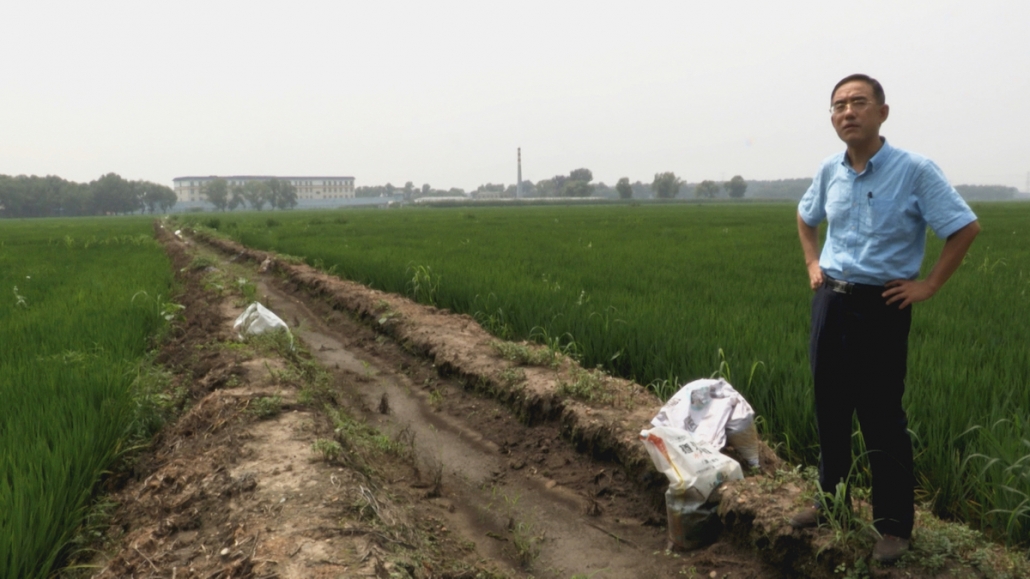 Letter from Masanjia, a documentary by filmmaker Leon Lee, tells the story of Chinese engineer and Falun Gong practitioner Sun Yi. The film provides a glimpse into the world of an average Chinese citizen from an indigenous perspective. It is also a sobering reminder that all of the world’s citizens do not share the same civil liberties.

Sun Yi writes a series of letters while being held at Chinese Labor Camp Masanjia, one of which ended up in a toy box in Damascus, Oregon. The letters ultimately expose the abuse at such labor camps, eventually leading to the eradication of these camps in China. In order to fully understand the nature of Sun Yi’s plight, it is necessary to gain some insight into the conditions that led to his arrest and detention. Sun Yi discovered a form of qigong, a holistic mind-body-spirit practice, named Falun Gong sometime in 1997 and soon became an avid practitioner. It is not clear whether his wife or any other family members join him in the practice of Falun Gong. He describes it as a spiritual practice of truthfulness, compassion, and tolerance. Founded in 1992 by Li Hongzhi, it was initially promoted by the Qigong Association and other government agencies.

In 1995, the government mandated all qigong groups to establish communist branches, and Falun Gong resisted, instead choosing to withdraw altogether from the Qigong Association. By 1996, government agencies banned Falun Gong books and publications, and news outlets began referring to the group as a cult whose beliefs were at odds with official ideology and national agenda, driving the group’s publications underground. In 1999, the Communist party officially launched a campaign to eradicate Falun Gong. This persecution went on for years and intensified during the 2008 Olympics in Beijing, when citizens were encouraged to turn members in against rewards from the government. This particular mandate was referenced in the movie by Sun Yi when recalling one of the occasions he was arrested and detained.

The year 2008 also happened to be the year when the most notable of Sun Yi’s numerous arrests under the ban takes place. He was sentenced to two and a half years of “re-education through labor” and taken to Masanjia labor camp.

In Masanjia, Sun Yi and the other inmates were forced to work up to 20 hour work days, pausing only for meals, and sometimes forced to work up to 24 hour days. They were also brutally tortured for refusing to recant their beliefs. Sun Yi’s main task at the labor camp was making Styrofoam tombstones. While in prison, his home was raided, his wife was arrested and sent to a brainwashing center. She later filed for divorce from Sun Yi. One day, he noticed the boxes the toy tombstones were packaged in for shipment were labeled in English. This made him suspect the toys were being shipped abroad for sale either in the United Kingdom or the United States.

The idea came to him to write an SOS letter and hide it in one of the boxes, hoping to attract international attention to the conditions he and his fellow inmates had to endure in Masanjia. At the risk of being further tortured and maybe even killed if discovered, Sun Yi went on to write an average of 20 letters which he meticulously hid in the toy tombstones. He was eventually released in September 2010, with the help of lawyer and human rights activist Jian Tainyong, hired by his sister.

In 2010, Oregon Mom Julie Keith purchased some Halloween decorations from her local K-Mart. It would be two years later, in 2012 before she finally unboxed a particular one containing a toy tombstone. To her surprise, a folded note fell out of the box, and she opened it to find a letter written in both Chinese and English, that appeared to be a plea for help from a Chinese prison inmate. She decided to publish it, and her letter not only made local headlines in the United States, it quickly went viral across the world. International media highlighted the issue of China’s labor camps, and exerted external pressure on the Chinese government, forcing it to change its policy on re-education through labor by abolishing the practice and shutting down labor camps across the country.

When Sun Yi’s former lawyer Jian Tianyong suddenly disappeared while in custody in 2016, it became apparent that Sun Yi’s freedom was at stake once again. He then started making plans to secure his freedom once and for all, which led him to successfully flee China for good.

Sun Yi’s story is that of a compassionate, and quietly determined person. He comes across as a frail, bespectacled scholar and in reality, he suffered years of physical and mental torture. He could have recanted his beliefs and gone on to live a happy and free man, but he chose to stand up for what he believed in and did not buckle under pressure. His story is also one of perseverance and endurance. He stayed the course with his conviction, and he committed himself to fight for justice for himself and others like him.

The most unusual thing about Sun Yi, is his capacity for forgiveness. He forged friendships with the guards who tortured him, not holding them accountable for the cruel acts carried out against him in the line of duty. This quiet rebel exposed a dark side of his country and government without losing himself to the darkness or allowing it to destroy him, proving that not all acts of resistance have to be loud, or violent. Resistance can happen in the still, small acts of one person.

Even though the labor camps in China have been shut down, and the ban on re-education through labor has been lifted, Falun Gong practitioners continue to face persecution at the hands of the Chinese government.

Letter from Masanjia is an eye-opening documentary about the violence the Chinese state perpetrates against alleged dissidents. It sheds light on the conditions ordinary citizens live under, the constant fear of loss of freedom and maybe even life for believing in something other than state prescribed religion. It is sad to see that a person can be persecuted by the government for their personal religious beliefs, but it is impressive to know that there are people who stand firm and hold on to their beliefs, regardless of consequences.

As much as the Chinese government apparently tried to shield the people from the outside world and outside influences and campaigned heavily to justify and sustain their acts of terror against Falun Gong practitioners, the Chinese people still found ways to connect with each other, and the outside world to put enough pressure on the government to change legislation, and stop terrorizing innocent citizens (at least on the surface), which goes to show that the people are not complacent, or apathetic. Rather, due to lack of dissemination of appropriate information, the people are unaware of the gross miscarriages of justice by their government, and it took the unwavering belief of one unassuming, but the inherently stubborn and fearless individual to highlight these acts and bring about change.