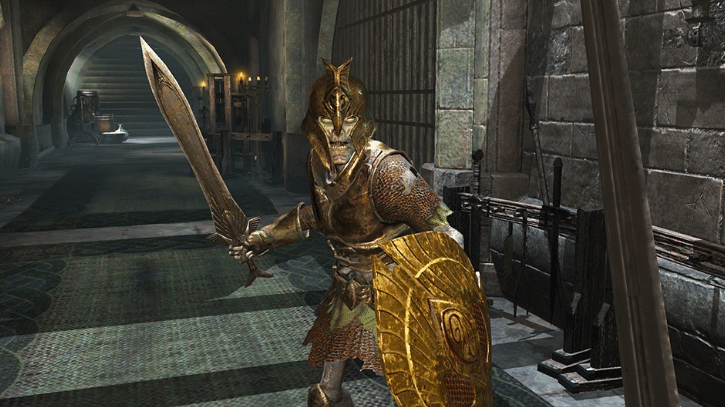 Ever since I climbed out of the Imperial City sewers and ventured into Tamriel as a teen, I have been an Elder Scrolls fan. I have played Oblivion, Skyrim and have even taken a stab at Morrowind. I love the quirky characters, the large, immersive world and the fact every aspect of the game has a history behind it, which can be discovered by reading the various books scattered throughout the game and interacting with the characters. I also appreciate that fact the people of color are included in this world because we are non-existent in many popular fantasy worlds.  When I found out that they were making a mobile Elder Scrolls title I was excited about the opportunity to explore Tamriel once more. The game is still in early access, so now is the perfect time to share my two cents. I have been playing Elder Scrolls Blades for about four days now; here are my thoughts on the game.

Whether I’m wandering through a dungeon or chatting with Non-Player Characters (NPC’s) in my town, the world feels familiar and the graphics look stunning. Despite the high-quality visuals, the game runs smoothly on my iPhone 7 plus and I have had no issues with crashes, overheating or battery drain.

The town building aspect is entertaining

One thing that bugged me about both Oblivion and Skyrim is that you can not rebuild the settlements that have been destroyed. During your entire playthrough, Kvatch and Helgen remain uninhabitable. Apparently, you can slay dragons, travel to Oblivion and Sovngarde but helping the townsfolk restore their home is too much for your hero. In Blades, when your hero returns home to find the city up in flames, he does what any respectable Hero should do and helps the townsfolk rebuild. As I build my town, I enjoy gaining new neighbors and watching the once deserted city come alive.

That’s not to say that this aspect of the game could not be improved upon. One of the things that makes Elder Scrolls so exceptional is the exploration, so it would be nice if I could leave my city gates to simply gather resources and fight a few rogue bandits outside of town without being tied to any quest. I would also enjoy drinking some mead in a tavern and playing a card game or two.  Within the city walls, give me a home (or the town hall possibly?) to customize and store my things. 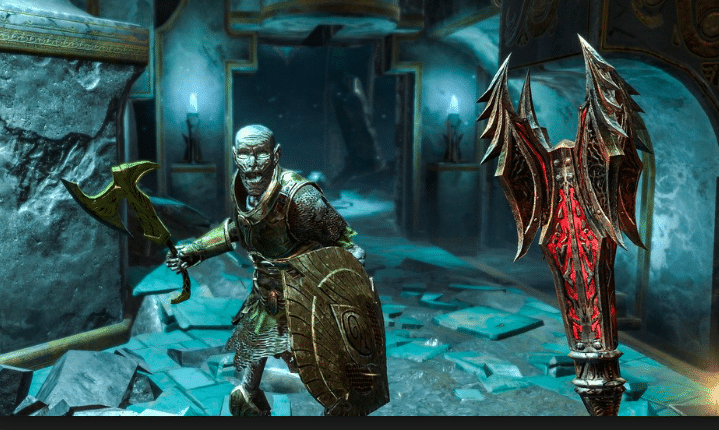 The most frustrating aspect of Elder Scrolls: Blades is the chest system. In Elder Scrolls Blades, you will get most of your armor, weapons, and resources from chests you acquire during quests. Wooden chests take five seconds to open, silver chest takes three hours and gold chests take six hours. The problem is that silver chest is almost as abundant as wooden chests. I understand those game developers want to make money and therefore want to give players incentive to spend their gems to cut down time, but I can easily collect five silver chests in less than one hour of gameplay. I’m not motivated to spend gems here because the rewards for opening silver chests are lackluster. I think the game developers need to lower the number of silver chests that players receive so that my entire storage isn’t taken up by silvers chests that I can’t open. It discourages people from taking on jobs and advancing in the game.

Combat is too dependent on equipment

My character is level 14 now, and while I’d like to think she’s gained a little muscle since her first fight with that Blade character during the tutorial — I think most of her strength is due to the weapons and armor she wears. I had a quest go from a four out of five difficulty rating to a two out of five rating simply from buying a new sword. I think that’s a little much. While weapons and armor helped in traditional Elder Scrolls games, they were not the end-all be-all of your characters shot as surviving. I’m not sure if that’s true in Blades. In addition, in Blades, there is no way to adjust the game difficulty level as you can in traditional Elder Scrolls games.

Relying on equipment (which some players will most likely pay for) somewhat breaks the game for me. I play Elder Scrolls because of the world, characters, and lore; I play despite the combat. I appreciate the fact that there are 70-year-old grandmothers on YouTube making videos of their adventures in Tamriel despite most likely not being the best at combat. If I am unable to advance in this game because I have not thrown enough money at fancy weapons and armor I would say that might be the fatal flaw of an otherwise great game. 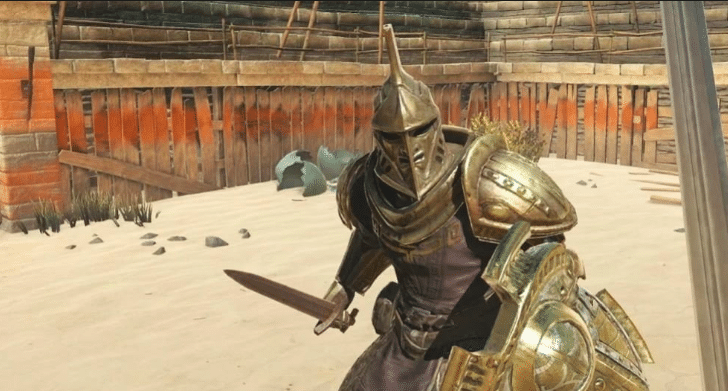 The Elder Scrolls: Blades successfully took the essence of my favorite elder scrolls games and transported the game world to a mobile platform. The game has flaws, but it is still one of the most enjoyable cell phones games I have played. The game is still in early access, so I am hoping the developers will take the concerns of the players seriously before releasing the final game. I am optimistic that certain aspects of the game will be adjusted before the official release. For now, I’ll give it a solid four out of five stars.