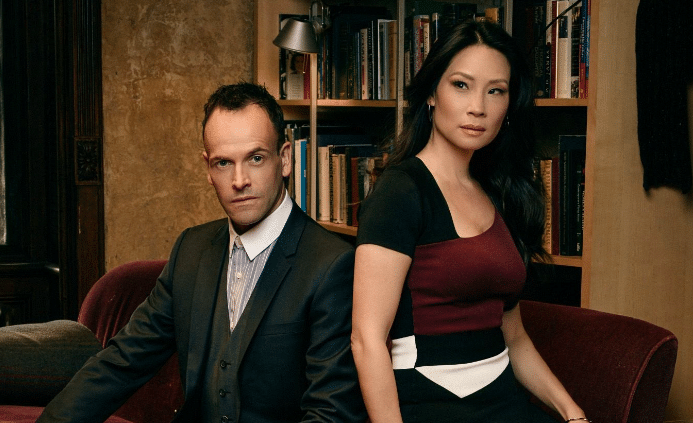 Sherlock Holmes is a heroin addict and Watson has a uterus.

If you haven’t caught up on the most controversial rendition of Sir Arthur Conan Doyle’s famous detective of Sherlock Holmes you’ve missed the last 6 season of Robert Doherty’s CBS crime drama Elementary where Sherlock Holmes (Jonny Lee Miller) and Lucy Liu as Joan Watson has solved murder, after robbery after nefarious ex-girlfriend arch-nemesis and all the daddy issues.

When the audience first meets the two private investigators, they are an addict and a sober companion. Holmes is a recovering addict in Manhattan on the outs after losing to addiction in his hometown. Miller’s depiction of Sherlock’s complex mind and nuanced interaction immediately captures the audience. This is not some pompous Brit obnoxious and belittling due to his genius. He has feebleness to him in all his grandeur and façade leaving the viewer to wonder is it the drugs or can he be vulnerable. 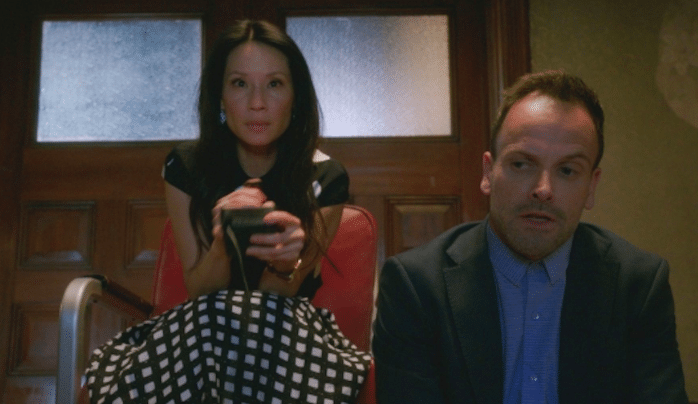 It is Watson’s shared love of all that is bizarre and outside the humdrum routine of ordinary life that seems to anchor the almost manic Sherlock at times. She is at first a nuance forced upon him by an absent father “cleaning up Sherlock’s mess” but then Sherlock seems to warm and grow attached as he comes into sobriety. Watson herself is astute as a former surgeon turned sober companion Which Holmes expresses multiple times and in various ways the first in episode one saying “I could have come to the truth some other way…But you got me there faster.”

Season two after defeating Holmes’s kingpin ex-girlfriend Moriarty he names a bee after her and further along in season four he wills her out all his assets only to be topped by season six pleading guilty to murder.

The duo’s supporting cast is written a great foil with interesting stories of their own. Starting with Captain Thomas Gregson played by Aidan Quinn. Gregson brings Sherlock in as consultation for NYPD 11th precinct knowing of the detective’s situation offering a second chance. Jon Michael Hill’s by-the-book character Detective Marcus Bell who initially has his doubt about Sherlock’s method of deduction eventually becomes the duo loyalist friends.  Hill’s character literally takes a bullet for Holmes in Season 2 episode 10 “Tremors”. 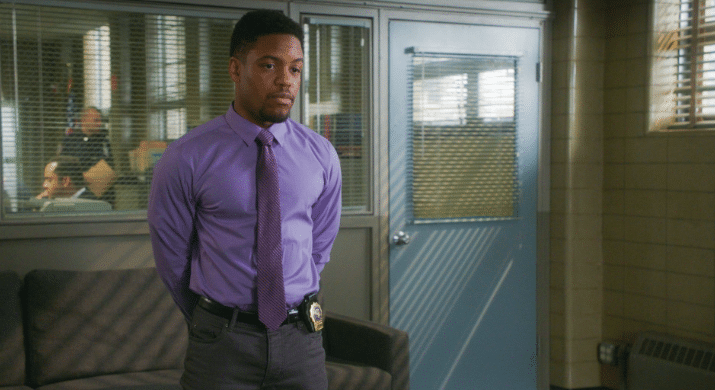 What makes this crime drama so appealing? It gives viewers the familiar format of what we love from CSI, and Criminal Minds. It features characters that are as skilled as they are unique. While the first two seasons for better or worse follows the basic plot-driven style of “what is the crime of the day” with scenes where these two have honest moments devoid of preconceived tact. Liu and Miller’s rapport drives character development and investment in a way beyond expectation. There is no sultry sizzle to their action or awkward brotherly pats to define binderies but a friendship that many shows fail to depict possible between a man and women without the muckiness of attraction.

Season seven starts off and Liu’s character Joan Watson makes her debut in a blonde tress deserving the five-second intro given as she entered Scotland Yard to find her partner Sherlock “You can catch these hands” Holmes.  It was around about mid-season three when both Holmes and Watson stopped looking like an addict and sober companion and started to look like detectives. Lucy went from a boohoo BoHo to sophisticated chic and the wardrobe has been slaying ever since. 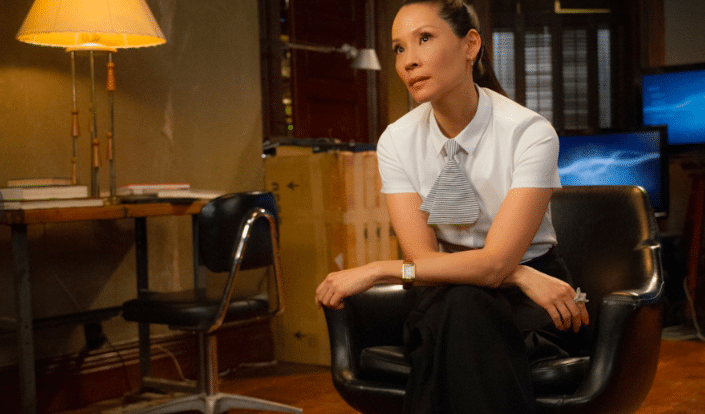 Sherlock is back at his optimum big dick energy after his bout with post-concussive syndrome suffered in season 6 and opens the episode handing out bruised egos and black eyes to a low-level theft as we are introduced to DCI Jones played by Tamsin Grieg. Jones’ character makes continued digs at Joan’s American background and her former life, but things seem amiss between the P.I.’s as we see Watson struggle in her new surroundings. She is now getting a glimpse of some of the hardship Sherlock might have endured in the beginning. For once we see a thriving Sherlock at home in his element with his person and all is well in his mind until his former protégé Kitty Winters alerts the most astute detective that all is not right in his Eden.

The episode moves along as they find and follow clues and we get an update to the fate of Captain Gregson who when season 6 ended helped his daughter cover up the murder of Michael Rowan that was being pinned on Joan, and Hill’s character Detective Marcus Bell. The viewers get a closed-door scene where Bell is not here for any of Gregson’s shenanigans. Bell serves the Captain a solid lesson in loyalty as his parting gift as he prepares to go off for the U.S. Marshalls telling his superior “It’s time you make things right with them.” It leaves just one question from the Captain. How sway? 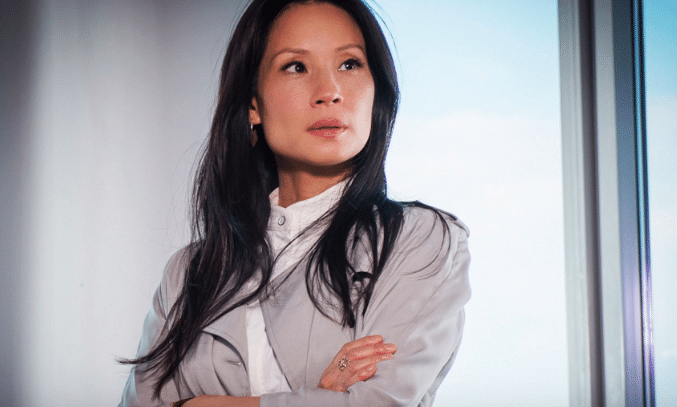 The episode flips back to Holmes in textbook Sherlock fashion trying to comfort Joan and failing in his own Sherlock centered way. It echoes back to seasons two finally where Watson shares her fears of always being pulled along by Sherlock in his orbit.

The final moments are left in cliff hanger disarray. While Watson and Holmes have a bygones moment, that is interrupted by Sherlock’s phone ringing with a call from Capt. Gregson.  There is much communicated by the talented actors with a look and a question of what. Sherlock was not talking to Gregson and Watson was okay with it there is also a hint of giving due to Watson and Sherlock answers to hear Marcus tell them Captain has been shot and it might be time for the black dress prompting a dangerous return trip to New York.

It falls into its familiar setup more or less Holmes’ genius solving the crime from the shadows of NYPD with a resolution between a catatonic Gregson and Sherlock as much as anyone could hope for and Sherlock telling Joan to stay in New York before turning himself into the FBI.

As Elementary gears up for its final season with only a few episodes, there is a lot to sort out for the greatest detective and his counterpart and maybe even a few Joanlock treats.

You can catch Elementary Thursday nights at 10/9c on CBS.