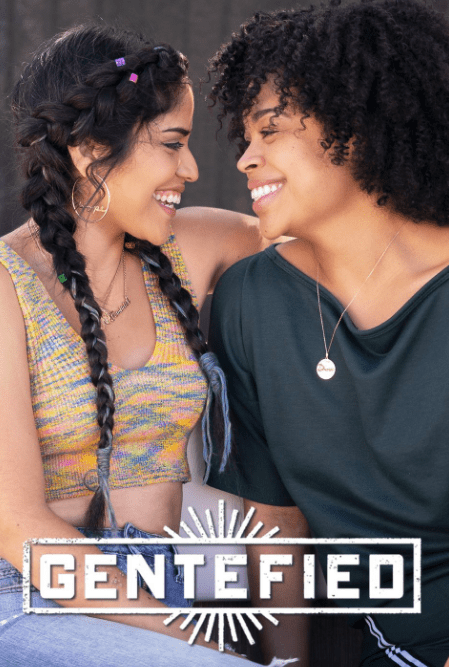 The latest series on Netflix brings to the forefront strong representation from the Hispanic and Latin culture.

The creators of Gentefied, Linda Yvette Chávez and Marvin Lemus, have fashioned a binge-worthy series that informs while it entertains its audiences about issues that are often overlooked.

It is rare that a show can represent the struggles of so many in short 30-minute episodes, yet this is what Gentefied delivers to its viewers. This comedy is smart, witty, and brave in its portrayal of hard subjects Hispanics go through in their communities.

The show is centered around an LA neighborhood and focuses on the lives of three cousins and their families. The cousins are: Joseph Julian Soria, who plays Erik Morales that becomes an advocate for kids’ reading books; Carlos Santos, a Puerto Rican, who plays Chris Morales, a cook who has dreams of being a chef; and Karrie Martin, a Honduran American, who plays Ana Morales who is the leading lady in this captivating series.

Each character decides to help their grandfather Casimiro “Pop” Morales, who is played by Joaquin Cosio, in the decline of Pop’s taco shop. The community is slowly becoming more and more gentrified, and the effects of this are being felt all over the area. In part, due to rent spikes, people who have lived in the community for many years find themselves out of their homes and businesses. The show forces all three cousins to confront their people, their cultural customs, and their obligations to their families, all while trying to overcome the largest obstacles of all — the gentrification of their society.

What makes this series so relatable is its commitment to plausible narratives. It is true that Hispanics as a whole value family. This is seen in countless shows. One of many examples is the reboot of One Day at a Time that was on Netflix. The amazing aspect of this series is how close it hit home. For me, this series confirmed that many of the claims that I made in my article about the Hispanic Education Gap are still true. I wanted to bring attention to an issue I see as needing to be better understood in order to fix it: older generations wanting the next generation to continue to work instead of furthering their education. Gentified has done this one better by bringing its stories to a medium that is more readily available. It manages to allow many from different backgrounds to better understand the struggles of this community. This show has added to what One Day at a Time started — it opened up the conversation for more Latinx to be seen.

What is most impactful when viewing this TV show is how each actor sounds and how each experience feels like they have personally gone through this, even if they haven’t. Ana Morales is a lesbian Chicana artist who lives in LA’s Latin-dominated Boyle Heights neighborhood. Ana’s girlfriend in the show is Yessika Castillo, played by Julissa Calderon. Yessika is an Afro-Latinx woman who fully supports Ana’s endeavors of being an artist. When these two actors have an intimate scene together, it makes you feel like anything is possible for them. When Ana paints a beautiful mural of Brown love, it solidifies the idea that we need love in our community.

Beatriz Morales who is played by Laura Patalano, is Ana’s mother. Beatriz’s actions and attitude are often harsh and demanding, but her actions often come from a place of worry and fear.  Bianca Melgar plays Ana’s little sister, Nayeli Morales. Nayeli’s performance brings just the right amount of relief to the tense scene. When all four of these female characters become the focus of one storyline, it becomes one of the most moving episodes of the series.

This show does an honest portrayal of what Hispanics who have struggled in their homeland have come to experience in America. They bring with them the cultures and costumes of their native lands. This often translates into a good work ethic, but it also means that they bring with them the same issues that caused them so much harm in their native lands. In one episode, Ana’s mother Beatriz upbraids her daughter for not helping to support the family.

In a powerful scene where Ana stands up for herself, she says, “You treat me like I’m not supposed to have a life, like I am supposed to be working all the time to make you happy… Isn’t that what you came here for? So, I wouldn’t have to do all that? Or are you just living the exact same life you sacrificed everything for? Is that what you want for me and Nayeli?”

Too often, Hispanics whose family has only known poverty in their country will continue to keep those traditions alive in the new country they live in, passing on those exact methods that have caused them unhappiness. Many are unable to see that they are just repeating the same lives in a different country. The next generation is forced to live their parents’ lives, unless they turn their backs on their culture.

The show has strong Hispanic actors, great use of humor, and a lot of insight on issues that are rarely discussed. These are all elements that make for a good binge worthy series. If you haven’t had a chance to check it out, I can’t recommend this show enough. The beautiful message of Brown love, convictions, and understanding all combine in this touching series.

You can catch the series on Netflix.